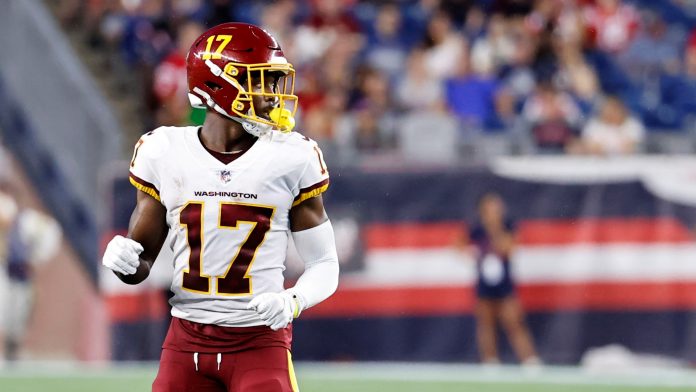 Just one week into the NFL season and the Washington Football Team already is dealing with an injury and the most important position in football. Backup quarterback Taylor Heinicke will get his second-career regular season start on Thursday night when the Football Teams hosts division-rival the New York Giants. Ryan Fitzpatrick injured his hip in the season opener and will miss up to eight weeks. Heinicke came in and played admirably, but the WFT still fell to the Los Angeles Chargers 20-16 at home.

The Giants will also be looking to rebound after getting handled 27-13 by the visiting Denver Broncos in its season opener. Star running back Saquon Barkley returned from an ACL injury that occurred in Week 2 of the 2020 season but was a non-factor with 26 rushing yards on 10 carries.

As division rivals, these clubs play twice every regular season and the Giants have won each of the last five. New York won both in 2020 by a combined four points. The game at FedEx Field was 23-20, but the real story was Washington’s five turnovers that helped Daniel Jones and the Giants squeak by. Terry McLaurin and Cam Sims each had 100-yard receiving games for Washington from now-retired quarterback Alex Smith. The road team is 5-1 ATS in the past six meetings.

The Giants were largely dominated at home in Week 1, losing by two touchdowns to the Broncos. Head coach Joe Judge set the Twitter world on fire by challenging a Denver touchdown that would have been reviewed regardless. He ended up losing the team’s second timeout. Big-ticket free-agent receiver Kenny Golladay caught four balls for 64 yards, while tight end Evan Engram didn’t play due to a calf injury and isn’t likely to go Thursday. Jones went 22-for-37 for 267 yards and a touchdown but had a crucial fumble. Jones’ 30 fumbles and 18 fumbles lost are the most in the NFL since he entered the league in 2019. The under is 9-1-1 in the Giants’ last 10 games overall. New York will have 10 days to prepare for their next game against the Atlanta Falcons at home.

Heinicke completed 11 of 15 passes for 122 yards and a touchdown in relief of Fitzpatrick and will start for the foreseeable future with Kyle Allen as his backup. Heinicke started Washington’s playoff game a year ago, when he filled in for injured Alex Smith and passed for 306 yards and accounted for two touchdowns (one passing, one rushing). He almost single-handedly helped Washington upset the eventual Super Bowl champion Tampa Bay Buccaneers. There had been some speculation that Rivera might sign free-agent Cam Newton considering their time spent together in Carolina. Heinicke also offers more than Fitzpatrick in terms of mobility. The Giants’ defense struggled last week in containing the fleet-footed Teddy Bridgewater. Washington will play at Buffalo in Week 3.

Washington’s defense will be the difference in this game. They allowed the Chargers to convert an eye-popping 14-of-19 third-down conversions last week and that will improve on Thursday. Jones is not a very good quarterback and I expect the WFT defense to force some turnovers. Heinicke is not a bad option to run this Washington offense. I’ll lay the points.