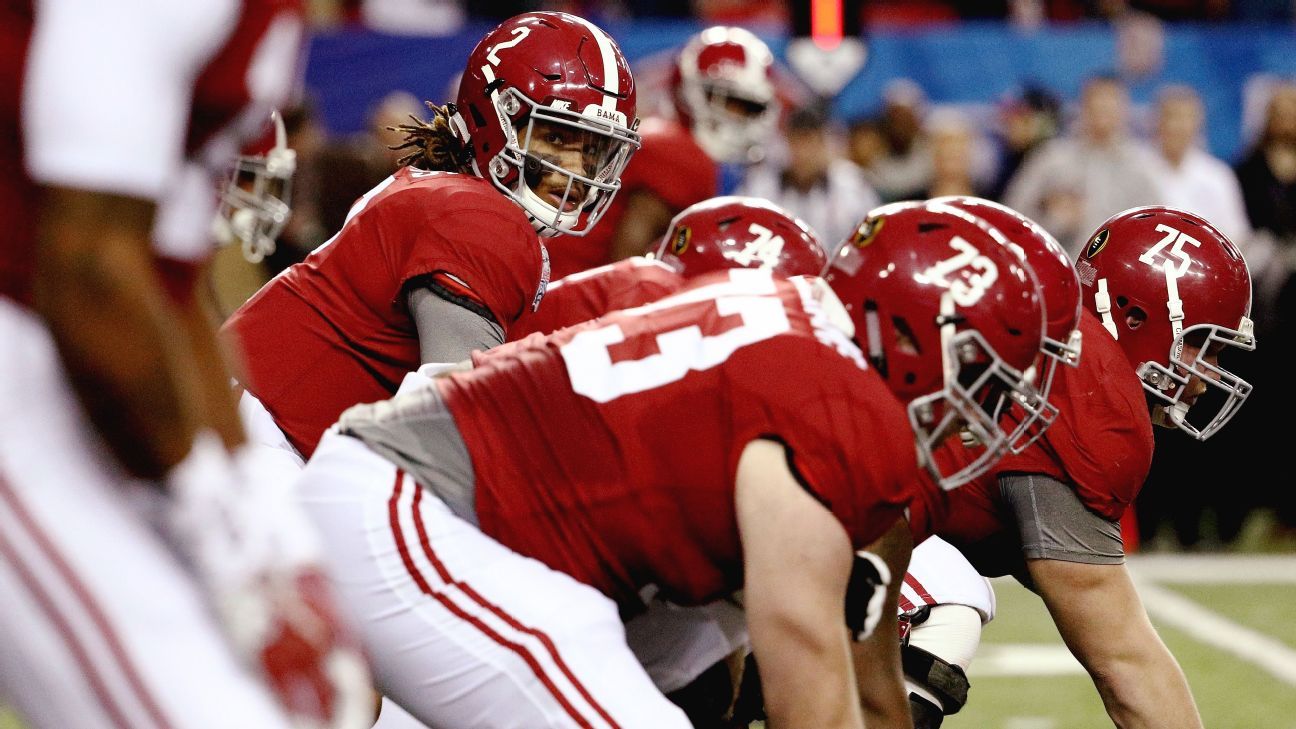 The most anticipated opening game in College Football history takes place Saturday night at the brand-new Mercedes-Benz Stadium in Atlanta, Georgia as the top-ranked Alabama Crimson Tide take on the third-ranked Florida State Seminoles. The Tide have won four national titles under Nick Saban and Florida State has one under Jimbo Fisher as both programs are predicted to be in the title hunt this season. Alabama lost 35-31 to Clemson on a last-second touchdown in last season’s College Football Playoff title game, while the ‘Noles edged Michigan 33-32 in the Orange Bowl. Alabama leads the series 2-1-1 but Florida State prevailed in the most recent meeting in 2007. The Seminoles are 9-1 against SEC opponents under Fisher with the lone loss coming against Florida in 2012. The line opened up as the Tide 7-point favorites and hasn’t moved. 60% of the betting public favors Alabama, while 56% see this going over the total (49.5).

Sophomore quarterback Jalen Hurts is back to lead the offense along with running back Bo Scarbrough. Hurts had one of the best seasons in recent Alabama history as he passed for 2,780 yards and 23 touchdowns while adding 954 yards and 13 scores on the ground. Scarbrough (812 yards, 11 touchdowns in 2016) rushed for 90 or more yards in each of the last four games. Senior wide receiver Calvin Ridley is closing-in on several Alabama records and is coming off a brilliant 2016 campaign (72 catches) and ranks fourth in school history with 161 receptions. The defense lost a lot of sacks and tackles to the NFL, but preseason first-team All-American Minkah Fitzpatrick is back in the secondary after intercepting six passes last season. Sophomore defensive end Raekwon Davis is doubtful after being shot in his right leg last Sunday. The Crimson Tide will get Fresno State and Colorado State at home before opening-up conference play at Vanderbilt on September 23rd.

Sophomore quarterback Deondre Francois will not have the luxury of a terrific tailback this season as Dalvin Cook is showing off his talents for the Minnesota Vikings. Francois was better than expected in his freshman season, passing for 3,350 yards and 20 touchdowns against just seven interceptions. Junior Jacques Patrick (350 rushing yards last season) will get the first crack of replacing the talented Cook at running back. Sophomore free safety Derwin James is healthy after playing just two games last season due to a knee injury, but senior linebacker Matthew Thomas (77 tackles) is in jeopardy of missing the game after not practicing the past three weeks. The defense overall will be stacked with nine returning starters. Florida State gets UL Monroe at home next week before another tough test against Miami, FL.

The Michigan/Florida game is the appetizer for this monster of a clash. I’m interested to see how Francois does without Cook. He may have a little success as the Tide work to replace a lot on defense. The Seminoles always have terrific athletes and great coaching to stay in huge games like this. I’ll take the ‘Noles to cover the touchdown.