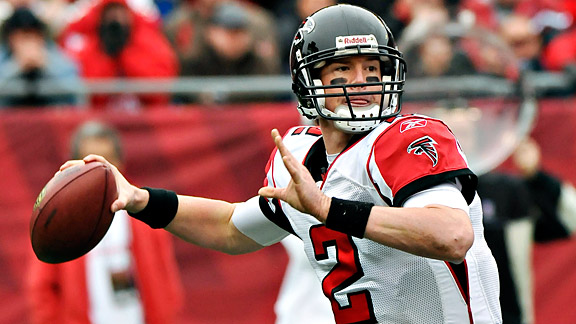 It’s been a long time since either the Atlanta Falcons or Dallas Cowboys have started the season 0-2, but that’s exactly what will happen to one of them this Sunday afternoon, barring a tie. The Falcons travel to AT&T Stadium for a matchup of solid offenses looking to rebound from Week 1 setbacks. Atlanta’s Matt Ryan threw for 450 yards, with Julio Jones and Calvin Ridley combining for 287 receiving yards, but the Falcons fell hard at home to the Seattle Seahawks 38-25. Atlanta had three receivers over 100 yards. The next few games could be important for Dan Quinn’s future with the Falcons, who have started slow in each of the last two seasons and ended up with 7-9 records. The Cowboys suffered a few long-term injuries in their 20-17 loss at the Los Angeles Rams on Sunday night. Tight end Blake Jarwin is out for the season after tearing his ACL while inside linebacker Leighton Vander Esch fractured his collarbone and backup offensive tackle Cam Erving sprained an MCL. The game figures to have the biggest crowd of at least the early part of this NFL season. We’ve heard that the Cowboys would have 25 percent attendance and that would equate to about 20,000 fans. The Cowboys are one of eight teams who have announced plans to have fans in attendance at some point this season.

The Falcons recorded more total yards than Seattle, 506-383, but they struggled mightily in converting fourth downs (0-4). Atlanta’s rushing attack which was expected to be better with the arrival of Todd Gurley in the offseason, is off to a slow start with 72 rushing yards on 21 carries as a team. Gurley scored the lone Atlanta rushing touchdown and could be in for a big week against a Dallas team that surrendered a ton of yards to the Rams on the ground. Two Falcons turnovers also didn’t help their cause. Atlanta will host the Chicago Bears next week.

Ezekiel Elliott was a bright spot in the Cowboys’ loss to the Rams, running for 96 yards on 22 carries with two touchdowns. There was a bit of controversy on Sunday when wideout Michael Gallup got called for a questionable offensive pass interference on a play that could have put Dallas in perfect scoring position with less than 30 seconds left in the game. The defense surrendered 422 total yards to the Rams, but that was expected with all the key injuries. Dak Prescott went 25-for-29 for 266 passing yards and a touchdown. The Cowboys, who are 2-0 against the spread in their last two home games, will be at Seattle next week.

I expect Elliott and Prescott to have a big day against this Atlanta defense, and with a sizeable crowd in attendance, it could give the Cowboys the extra boost they need. Look for a high-scoring affair with Dallas winning and covering – much like Atlanta’s loss last week to Seattle.