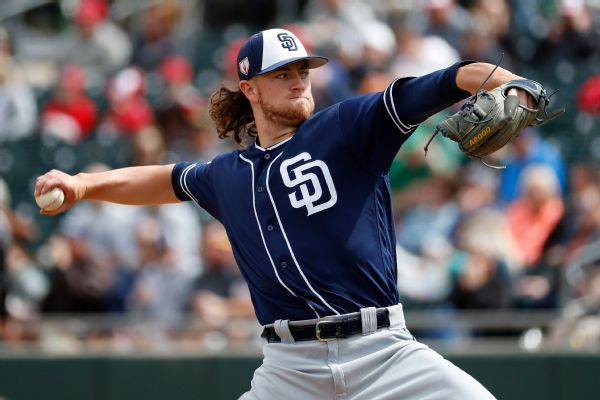 After years of frustration, the San Diego Padres are inching closer and closer to being a legitimate threat in the National League West. They are much improved in not only the pitching staff, but offensively as well. The Padres get their chance to prove they belong when they host the Los Angeles Dodgers for the first of a three-game set on Monday, with four more in L.A. next week. To start off the series, San Diego will be throwing their best pitcher to the mound in Chris Paddack, while the Dodgers go with Walker Buehler. The Padres strong pitching has failed them in losing three of their last five, surrendering six runs or more in each contest. L.A. won three of four over the weekend in Arizona to forge a tie in the NL West with the Colorado Rockies. The Dodgers have won five in a row in the series and seven of the past eight.

Buehler was on a short leash in his first start after a late start to summer camp and received a no-decision in L.A.’s 5-2 at the Houston Astros last Tuesday. Buehler threw 3.2 innings, allowing three hits and two runs. He has been terrific versus the Padres in his short career, going 4-0 with a 0.64 ERA.

This will be Paddack’s third start of the season and the young righty has allowed just two runs total over 11 innings of work, but has yet to reach 90 pitches. Paddack two runs over five innings in a wild 7-6 loss to the Giants last Wednesday after shutting out the Diamondbacks over six innings in his season debut. Paddack is 0-1 with a 5.65 ERA versus the Dodgers.

Check out who Bobby Babowski has on his Free MLB Picks page for today. He was won 3 in a row!