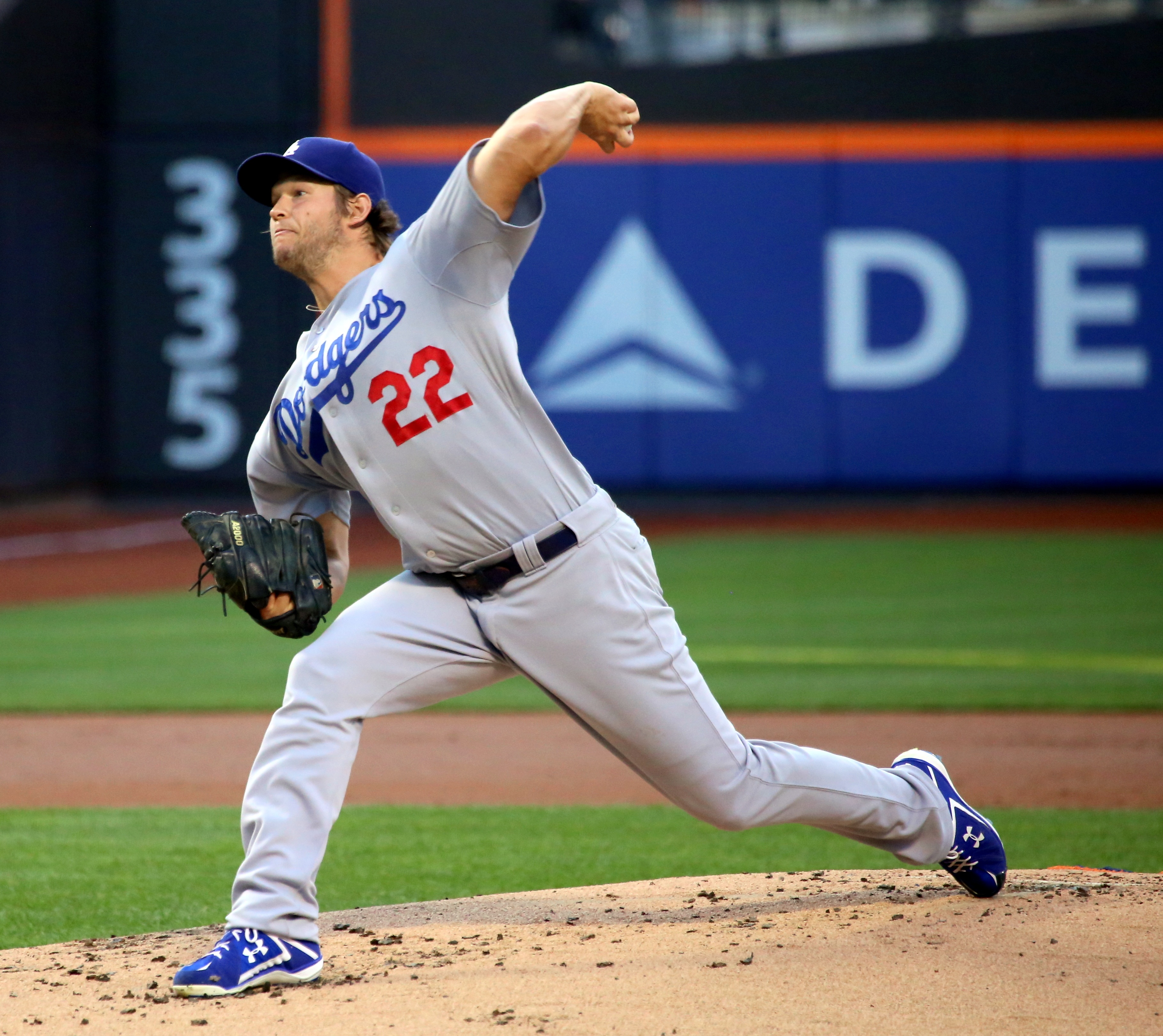 A couple of second-place teams battle in a three-game interleague series set to begin on Tuesday as the Cleveland Indians host the Los Angeles Dodgers at Progressive Field. Cleveland is right behind the Minnesota Twins in the AL Central, but are looking for more consistency in their play, while the Dodgers have the third most wins in baseball, but are a game behind Colorado in the NL West. The series features the two best bullpens in baseball and each club will send out a former Cy Young Award winner this week with the Dodgers’ Clayton Kershaw up first on Tuesday. Cleveland’s Corey Kluber will take the mound on Wednesday. Indians LHP Andrew Miller has the lowest ERA among major league relievers at 0.29, allowing one earned run in 31 1/3 innings this season, while the Dodgers’ Kenley Jansen earned his 200th career save Sunday. Los Angeles could be without first baseman Adrian Gonzalez, who left Sunday’s game because of back tightness. He was scheduled to undergo an MRI on Monday and made just his first career trip to the disabled list earlier this season with a back strain. Indians SS Francisco Lindor (.259 batting average) broke an 0-for-11 skid on Sunday, bringing his June average to .167 after hitting .309 in April and .245 in May. Cleveland is 1-7 in interleague games this season, including 0-5 versus NL West teams Arizona and Colorado, while Los Angeles plays the AL for the first time.

Kershaw, who has won four straight decisions, allowed one run, three hits and three walks while striking out nine in seven innings of a 2-1 victory over Washington on Wednesday. Kershaw is tied in the majors with eight wins and is among the league leaders in ERA, WHIP (0.90) and strikeouts (101). He has allowed two or fewer runs in 10 of his 13 starts this season. Kershaw, who took a no-decision in only start versus Cleveland during his rookie season of 2008, is 12-4 with a 2.22 ERA in 28 interleague starts.

Trevor Bauer had a three-decision winning streak snapped on Wednesday when he allowed four runs, five hits and five walks in 3+ innings of an 8-1 loss in Colorado. Bauer was 3-0 with a 3.86 ERA in his previous five outings, which included a start that was cut short at 1.2 innings because of a rain delay in a game the Indians eventually won 8-0 in Kansas City on June 4th. Bauer is 7-4 with a 3.03 ERA in 18 interleague games (17 starts), including 1-0, 2.31 in two turns versus Los Angeles.

Cleveland won’t be able to hit Kershaw as they hit only .233 against lefties to begin with and .219 over their last ten games. Los Angeles is on a roll having won their last four games and scoring 23 runs in the process. I’ll take the runline.

CLICK HERE TO BET THE DODGERS VS INDIANS GAME