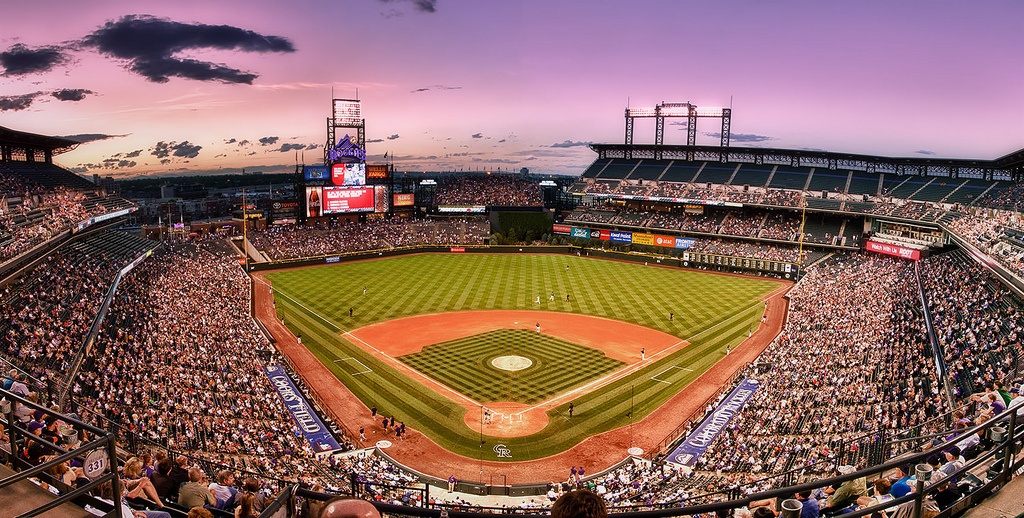 The most entertaining division in baseball will take center stage this week as the Arizona Diamondbacks visit the Colorado Rockies in a three-game set beginning Monday night at Coors Field. Arizona comes in with a slim half-game lead over the Los Angeles Dodgers and one over Colorado as those three teams occupy the top three spots in the National League. Colorado is on a five-game winning streak but is merely the second-hottest team in the bunch, with the Diamondbacks coming into the series 5-0 on its current eight-game road trip and riding a string of seven consecutive wins and 10 of 11 overall. Arizona was doing all of their damage at home (26-9), while struggling on the road, but the recent streak has put them at 18-17 away from Chase Field and a serious contender in the West race. The Rockies nearly had their winning streak come to an end on Sunday before Nolan Arenado completed a cycle with a walk-off home run in a 7-5 win over the San Francisco Giants. Rockies SS Trevor Story is 5-for-9 with two home runs in the last three games, but reliever Jake McGee has allowed three earned runs in two innings over his last three appearances, lifting his ERA from 1.32 to 2.15. Diamondbacks CF A.J. Pollock (groin) began a minor-league rehab assignment on Saturday and is expected to stay at Triple-A Reno this week as he increases his playing time.

Arizona ace Zack Greinke will look to turn things around as he’s failed to make it through six innings in either of his last two starts and was charged with five unearned runs on five hits and two walks over 5.2 innings at Detroit last Tuesday. Greinke boasts 104 strikeouts in 90 total innings and is limiting opponents to a .222 batting average overall. Greinke has been good in a pair of starts against Colorado this season, going 1-0 while allowing a total of five runs in 13 innings and striking out 16.

German Marquez has also been struggling of late, failing to make it through six innings in any of his last four starts but is coming off a win at Pittsburgh on Wednesday in which he allowed one run and four hits in five innings. Marquez has allowed one or no earned runs in five of his last seven starts. He struck out eight in six scoreless innings at Arizona on April 30th but was not as sharp against the Diamondbacks on May 5th, yielding five runs in six innings.

Both teams are playing with a lot of confidence, but I have to give the edge to Greinke in this one. Arizona had not been playing well on the road and we know what the Rockies can do at Coors, but it appears the D’Backs are learning how to win anywhere. This should be a great series and a possible October preview, but I’m taking Greinke and the snakes in this one. We also have another play tonight in the Angels/Yankees contest.