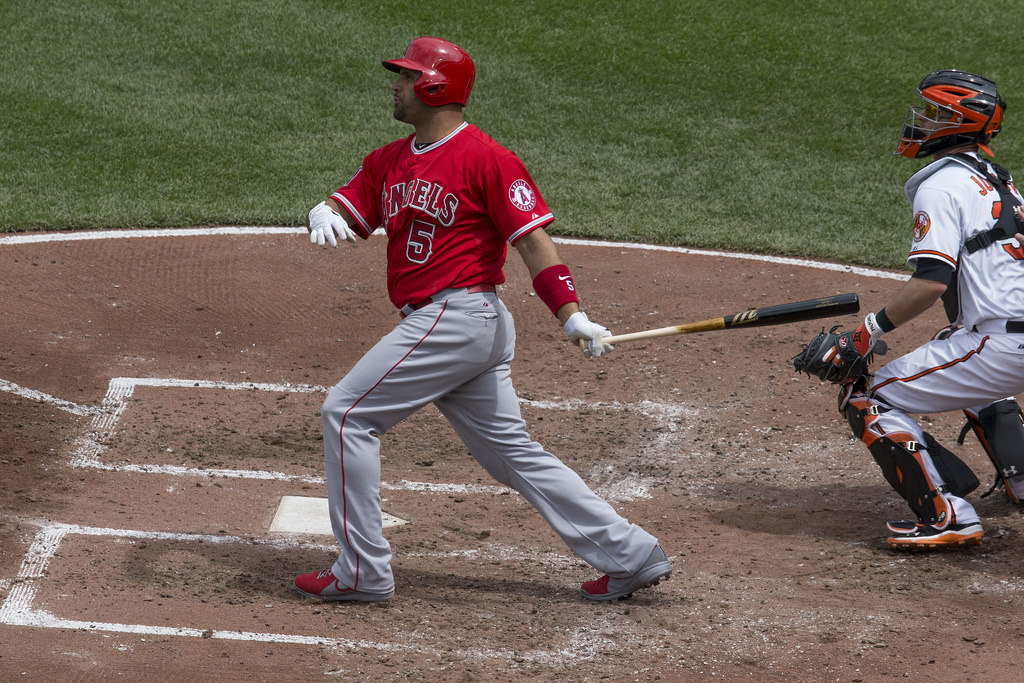 The New York Yankees return home after a very forgettable road trip in California when they host the Los Angeles Angels on Tuesday night in the opener of a three-game set. The seven-game trek started with a win over the Angels last Monday, but New York dropped the next six with four of those losses coming by one run. “You know at some point you’re going to go through some tough spells, and we just went through one”, said manager Joe Girardi. “We’ve got to bounce back on Tuesday.” The Yankees did get closer Aroldis Chapman (shoulder) back on the trip and he threw seven of eight pitches for strikes in a perfect inning on Sunday – his first appearance since May 12th. Yankees’ infield prospect Gleyber Torres will undergo Tommy John surgery to repair the UCL in his left – non-throwing – elbow and is expected to miss the rest of the season. That news will sit well with current third baseman Chase Headley. The Angels jumped over the .500 mark with those two wins over New York but dropped three of four against Kansas City over the weekend to fall to 36-37 and is about to begin an eight-game road trip that takes them through New York, Boston and the Los Angeles Dodgers. Center fielder Cameron Maybin has hit safely in each of the last nine games and scored 12 runs in that span.

Parker Bridwell will make just his second start of the season and he won his first start against Atlanta on May 30th, allowing three runs in six innings. He made a second appearance out of the bullpen last Wednesday against the Yankees. Bridwell came on in relief of Matt Shoemaker and is taking his rotation spot while Shoemaker is on the DL with a forearm strain. Bridwell held New York to an unearned run on seven hits over 3.2 innings on Wednesday.

Michael Pineda went up against the Angels on Wednesday and did not factor in the decision while getting knocked around for five runs and 10 hits over six innings. He’s allowed five earned runs in two of his last three outings after a string of nine straight starts allowing three or fewer. Pineda is 6-1 with a 1.96 ERA in seven starts at home this season.

Going up against the Yankees out of the bullpen at home is a far cry from starting a game at Yankee Stadium. I don’t expect Bridwell to last very long as the Yankees try and get their bats going at home, where they are 22-9 – second best home record to Arizona’s 26-9. Take the runline. Check out our other MLB Free Pick for tonight.