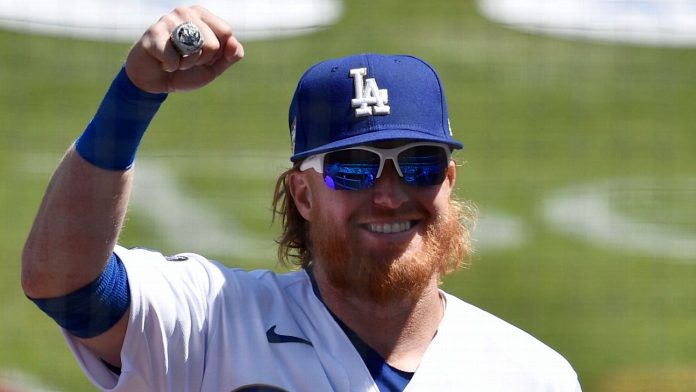 The Los Angeles Dodgers won 106 games this season and what do they get for it? A winner-take-all wild card game on Wednesday night against the scorching St. Louis Cardinals. The Dodgers and Cardinals will each send their aces to the mound at Dodger Stadium for the right to take on the 107-win San Francisco Giants beginning Friday. Max Scherzer will look to keep his record perfect when he opposes veteran righty Adam Wainwright.

The Dodgers were a dominant team after the All-Star Break but no matter how good they played, they could not catch the Giants in the NL West race. L.A. ended the season with seven straight wins but the last one on Sunday was costly. First baseman Max Muncy, who leads the team with 36 homers and 94 RBI, injured his left elbow on a play at first and won’t play in Wednesday’s wild card game and the fear is he might be lost for the rest of October. That will leave the offense up to Corey Seager, AJ Pollock, Trea Turner and company for a team that scored at least eight runs in each of their last five games of the regular season.

The Cardinals’ season appeared lost in the middle of the summer, but the team caught fire by going 35-16 after August 9th and that included an incredible 17-game winning streak. Big ticket free agent Nolan Arenado started his tenure with the Cardinals slow, but ended up hitting 34 homers and driving in 105 runs. St. Louis will come into this contest as almost 2-1 underdogs against Scherzer and the Dodgers.

Scherzer allowed a total of five earned runs in his first nine starts with the Dodgers after coming over from the Washington Nationals. But in his last two starts, Scherzer has allowed 10 earned runs – five at Colorado and five at home to San Diego. His record with the Dodgers is a sparkling 7-0 with a 1.98 ERA in 11 starts. Scherzer is 4-6 with a 2.76 ERA in 13 career regular-season starts against the Cardinals.

The 40-year old Wainwright has been getting stronger as the season progresses. Wainwright went 6-0 with a 2.44 ERA over his past eight starts and the Cardinals won every one of them. He is 7-5 with a 2.66 ERA in 17 regular-season appearances (14 starts) against the Dodgers and a 4.12 ERA in three career postseason starts against them.

Scherzer has been roughed up in his last two starts, but he will be locked in for this one. Wainwright has been here before and won’t be rattled by the environment. In fact, he probably feeds off it. I don’t see a lot of runs being scored in this one as the offenses might be a little tight. The under is 7-2 in the last nine meetings at Dodger Stadium.