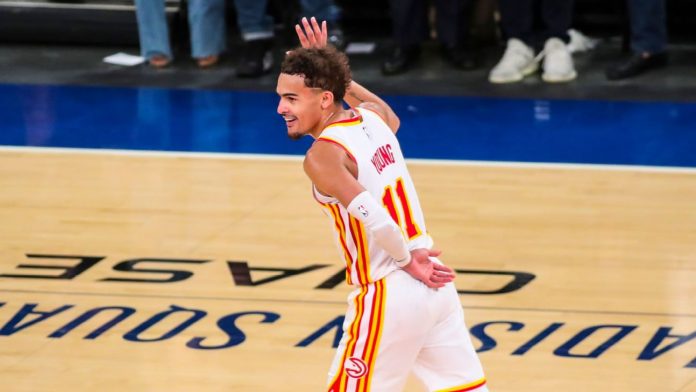 After getting upset in Game 1 of the Eastern Conference finals, the Milwaukee Bucks responded in a big way in Game 2 to avoid being down 0-2 heading to Atlanta. Its now a best-of-five series with the Hawks now having home court advantage for the next two games and the team is just grateful to get one in Milwaukee after their 125-91 beatdown at the hands of the Bucks on Friday night. Nothing was going down for Atlanta in Game 2, as they shot just 41.5 percent from the floor and 25 percent (9-of-36) from beyond the arc. Superstar guard Trae Young took a step back after a 48-point outburst in Game 1 and was held to 15 points on 6-of-16 shooting in Game 2. He also missed seven of his eight 3-point attempts. Milwaukee shot 52.1 percent on Friday and were able to rest their starters because of the blowout. The starting five logged between 23 and 32 minutes, while 10 players were used off the bench with nine of them scoring.

This is the third playoff series in a row in which the Hawks have been tied 1-1 entering Game 3. They own a 105-94 victory over the New York Knicks in round one, but were blown out by Philadelphia in Game 3 of their last series. The Bucks have won both Game 3s thus far – a 113-84 win over the Miami Heat and 86-83 slogfest over the Brooklyn Nets in Game 3 of the semifinals. The Bucks are 4-point favorites with a total of 224. This will be just the third-ever game Atlanta will host in an Eastern Conference Finals. In May 2015, the Hawks lost the first two of the East Finals vs. Cleveland on the way to being swept. Atlanta’s coach at the time is current Milwaukee coach Mike Budenholzer. Milwaukee was 1-1 in Atlanta during the regular season, winning 120-109 on April 15 and losing 111-104 on April 25.

This might be a familiar theme for this organization for years to come: When Trae Young goes, so goes the Hawks. He was brilliant in Atlanta’s win in Game 1 and awful in the blowout loss on Friday. Young ended Game 2 with a miserable -29 rating. Nobody else stepped up, as Young’s 15 points led the team, but Atlanta also emptied their bench with no starter logging more than 30 minutes. The Hawks have been tremendous at home since Nate McMillan took over on March 1st. Atlanta is 20-6 ATS in their past 26 at home. Young leads the Hawks with 29.4 points and 9.9 assists per game this postseason with John Collins next at 14.4 points. Bogdan Bogdanovic averages 12.6 points, while Danilo Gallinari (12.2) and Kevin Huerter (11.4) round out the scoring.

I’m going to take the points here. Atlanta has been terrific at home since McMillan took over and I still don’t trust Milwaukee. They will have a great game like they did Friday, but will fail to show up on other nights. The Bucks’ three-point shooting is still a concern, especially on the road. I can see Atlanta knocking down a bunch of threes in this game and at least keep it close, if not win. Milwaukee is 2-5 ATS in their last seven games as a road favorite.