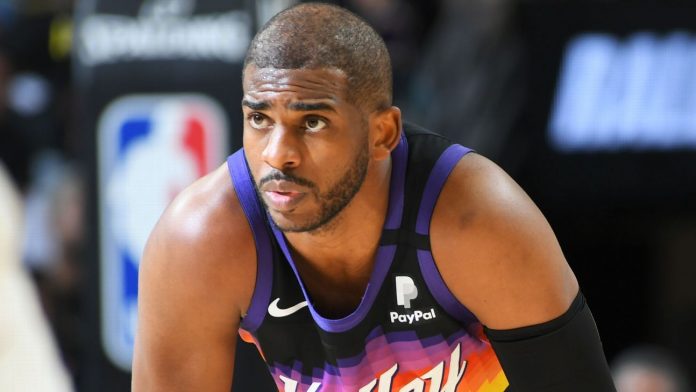 The Los Angeles Clippers are starting to make a habit out of this and are giving their fans high-blood pressure. L.A. has dropped the first two games of each series this postseason and responded with Game 3 wins each time including Thursday night’s 106-92 win over the Phoenix Suns at home. The series now stands at 2-1 after the Suns held home court in the first two games, but Thursday’s win won’t mean much if L.A. can’t find a way to duplicate that in Game 4 on Saturday night. The Clippers not only have won Game 3 in each of the first three series this postseason, but have won Game 4 in the previous two. Defense was the key on Thursday as the Clippers stymied the red-hot Suns offense into shooting just 38.9% from the field and limiting Phoenix’s superstars. L.A. won despite not having their superstar Kawhi Leonard in the lineup again. Leonard missed his third straight game of the current series and fifth consecutive in the playoffs due to a sprained knee. Los Angeles has gone 3-2 in that stretch to extend their season.

After covering the spread in eight straight games, the Suns have now failed to cover in Games 2 and 3. Game 4 is listed as a Pickem as of this writing with a total of 219. Between regular season and playoffs, four of the last six games between these teams have gone Under, including the last two. The Clippers have crushed Phoenix at the Staples Center over the last few years, winning 14 of their last 15 home games against the Suns.

It was a particularly bad night for Phoenix guard Devin Booker, who was 5-of-21 from the field and 1-of-7 from 3-point range. He also had just five assists and five rebounds after posting a triple-double in Game 1. The poor performance could be explained by the broken nose Booker suffered in Game 2 after a collision with Clippers guard Patrick Beverley. Booker didn’t blame the performance on his nose or the mask he was forced to wear. Over the last two games, Booker has made only 3-of-15 with Beverley guarding him. Cameron Payne, who was effective in the first two games of the series as Chris Paul’s replacement, played just four minutes of Game 3 because of a left ankle injury. Paul didn’t look like he was feeling much rust, finishing the game with 15 points and 12 rebounds. Deandre Ayton was Phoenix’s best player on Thursday, finishing with a team-high 18 points and nine rebounds and was 9-for-13 from the field.

Paul George had 26 points in Game 2 but missed two late free throws that could have given L.A. a three-point advantage with 8.0 seconds remaining. Then, we all saw Ayton’s game-winning alley-oop basket.

In Game 3, George responded by leading the Clippers with 27 points, 15 rebounds and eight assists. Reggie Jackson had another solid outing with 23 points in Game 3. He averaged 10.7 points per game in the regular season but has scored 17.6 in the playoffs. He’s been an even better 23.0 in the five games Leonard has been out. Beverley’s overall play has also helped. He is singlehandedly shutting down Booker, while also hitting big shots. The Clippers will need him to continue that throughout the series.

I still think this Suns team is better all-around only because Leonard is still out. I don’t trust George to lead a team. I expect Booker to bounce back with a big game on Saturday to help Phoenix put L.A. on the brink of elimination.