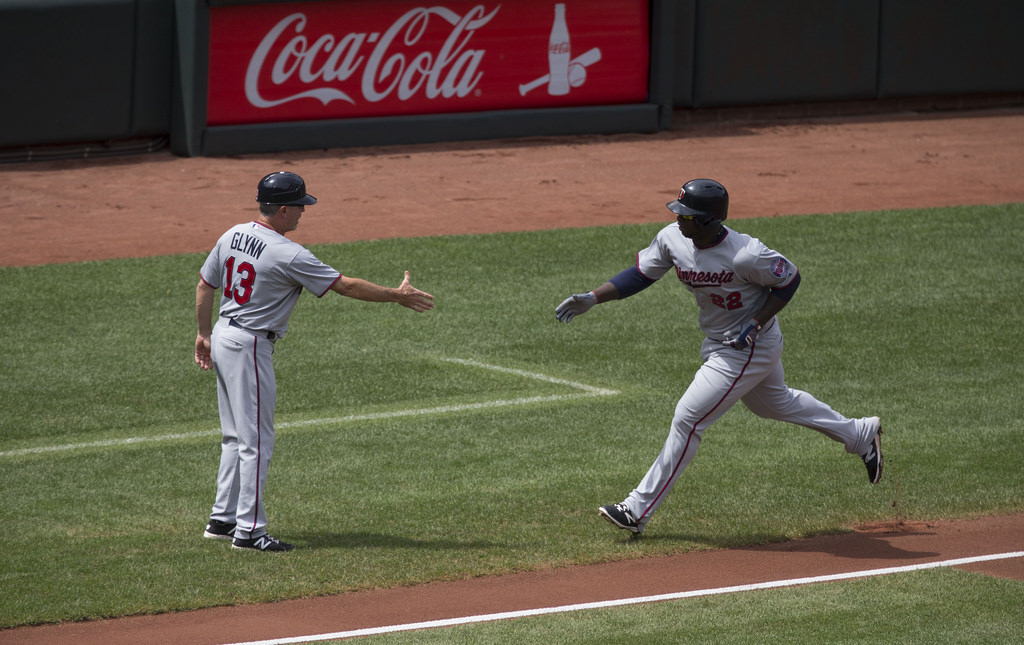 A couple of Central division teams will do battle this week as the Milwaukee Brewers and Minnesota Twins open a four-game, home-and-home series on Monday night at Target Field. Milwaukee blew a chance to regain the top spot in the NL Central when they snapped a three-game winning streak with a loss at Tampa Bay on Sunday. Orlando Arcia accounted for the only run in the 2-1 setback with a solo home run to extend his hitting to five games. It was his second homer in three days for the Milwaukee shortstop, who trail the Cubs by one-half game. Minnesota edged Texas 6-5 on Sunday to earn a split of their four-game weekend series and sit 3.5 games behind Kansas City for the second wild-card spot in the American League. Eddie Rosario homered for the fist time in nine games for a Twins team that is a disappointing 25-33 at home and trail first-place Cleveland by six games in the AL Central. Brian Dozier also homered for the Twins, but left the game with an undisclosed illness and hopes to be in the lineup for the series opener. Dozier has hit 20 or more homers for the fourth straight season, becoming the ninth Twin to accomplish the feat and first since Justin Morneau did it in five consecutive years (2005-09). Slugger Miguel Sano remains day-to-day after being hit on the left hand by a pitch on Friday.

Brent Suter’s streak of five straight solid efforts ended on Wednesday when the St. Louis Cardinals hit him for five runs and eight hits over 5.1 innings. Suter has pitched well in his last three road starts, allowing five runs over 17 innings, but has a no-decision in each of those outings. He will be facing Minnesota for the first time in his short career.

Santana is coming off his major league-leading fifth complete game of the year – a 110-pitch masterpiece against San Diego on Wednesday. He allowed two runs and four hits while recording a season-high nine strikeouts. Santana has lost two consecutive games at home, even though one was a complete game against the Los Angeles Angels in which he allowed only two runs. Santana has struggled versus Milwaukee, going 0-2 with a 7.41 ERA in three career starts.

Santana has been really good this year, but for some reason, hasn’t been the same at home, posting a 4.09 ERA and the Twins are just 4-7 in those 11 starts. Milwaukee has been playing solid ball since a tail-spin around the All-Star Break. With Sano and Dozier questionable to play, I have to take Milwaukee in this one.