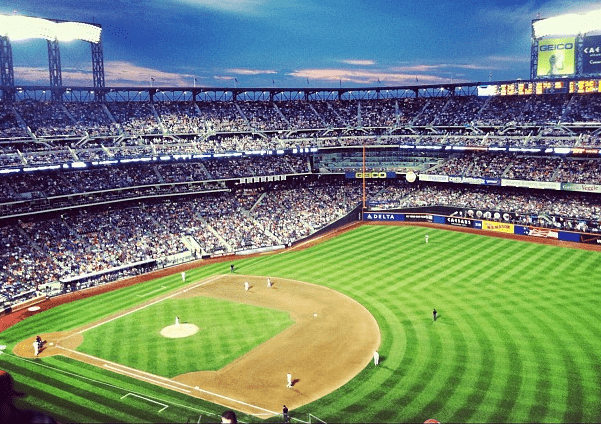 The amazing Los Angeles Dodgers go for another series sweep when they take on the New York Mets on ESPN’s Sunday Night Baseball from Citi Field in New York. The Mets are not alone in not being able to solve the Dodgers this season, dropping to 0-6 after yesterday’s 7-4 loss to visiting Los Angeles. The Dodgers have won 12 of their last 13 overall and 43 of their last 50. That marks the best 50-game stretch since the New York Giants also went 43-7 in 1912. The Mets had an early 3-0 lead in Saturday’s contest and were no-hitting the Dodgers for 4.2 innings before L.A. exploded with five home runs en route to a victory. Corey Seager (19), Justin Turner (12), Cody Bellinger (31), Yasiel Puig (21), and Chris Tayler (15) all went deep for a Dodgers team that is fourth in the Majors with 161 dingers. They have eight home runs in the series and 23 in the six games against the Mets this season. Look for the Dodgers to rest catcher Yasmani Grandal on Sunday after he left Saturday’s game with back spasms. The Mets have lost three straight and six of their last seven to fall 13 games out of the NL Wild Card spot. Michael Conforto hit one of New York’s four home runs Saturday and is 14-for-40 with three homers during a nine-game hitting streak.

Hyun-Jin Ryu may have six losses on the season, but still has an ERA under four and has not allowed more than two runs in his last five starts, posting a 2.60 ERA over that stretch. Ryu struck out seven over seven scoreless innings in a no-decision against the San Francisco Giants last Sunday and will look to repeat that effort and get more run support this time around. The South Korean native is 2-0 with a 2.16 ERA in four starts against the Mets, and he limited them to two runs over five innings in a no-decision June 22nd at Dodger Stadium.

Steven Matz could really use a good outing. He has been terrible lately, posting an 11.78 ERA over his last five winless starts. Matz did hold the Colorado Rockies to three runs in five innings at Coors Field last time out, but he didn’t get a decision. Matz is 2-0 with a 2.50 ERA in three starts against the Dodgers, and he allowed three runs in six innings of a no-decision at Los Angeles on against Ryu June 22nd.

I can’t give you any reason to go against the Dodgers right now, especially with a struggling Matz on the mound for New York. This is actually a pretty generous line and I’m taking the runline as the Dodgers should win this game easily.