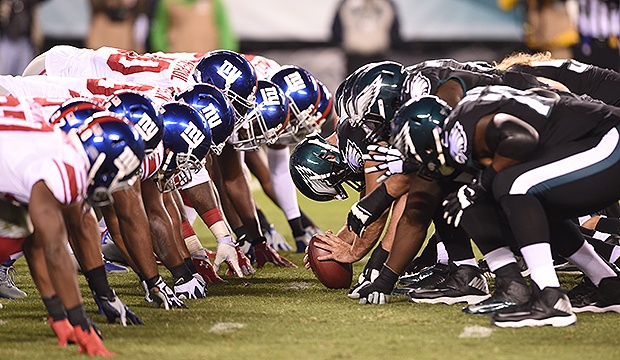 There are many statistics to look at when you’re doing your research for an upcoming NFL Football game. Everyone has their own strategies when betting games against the spread or even picking a team straight-up for your office football pool. Having a great offensive or defensive line is important, but doesn’t always ensure a team will win. The chart below lists the 2016 line rankings for all 32 teams according to ProFootballFocus.com. According to their rankings, the Philadelphia Eagles have the top O-Line and second-ranked D-Line, but failed to make the playoffs last season. On the other end of the spectrum, the Detroit Lions did make the playoffs despite ranking 24th (Offense) and 30th (Defense). Nine of the top 18 defensive line units made the playoffs, while only one of the top five offensive line units made the postseason (Steelers). Sometimes, too much information can be more confusing, but we thought we would share these rankings with you because it’s very important to some football handicappers.

the highlighted teams made the 2016-17 postseason