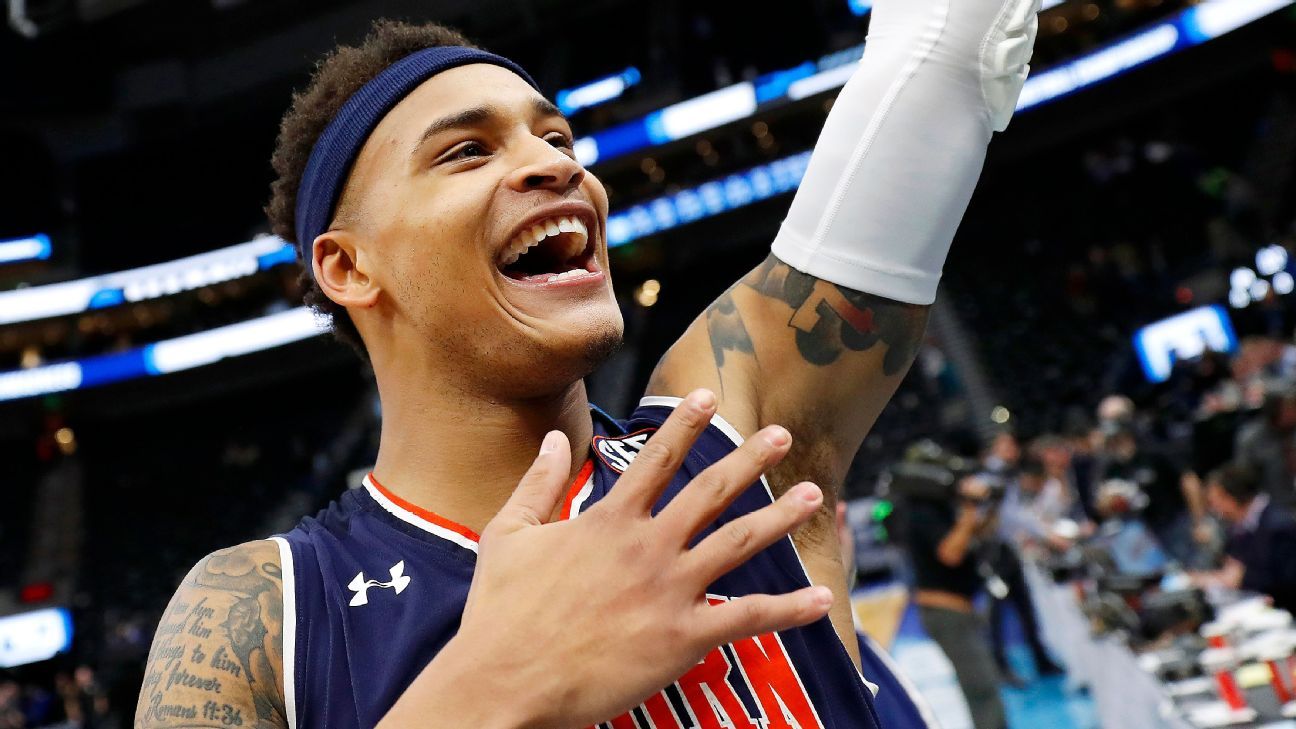 The Auburn Tigers are one of the most prolific three-point shooting teams in the country and that has helped them advance to the Final Four this weekend to take on a Virginia Cavaliers team that is very stingy when it comes to holding opponents from the perimeter. Auburn has attempted the second-most three-pointers in the nation (1,083), while making 37.9 percent of them – good for 31st overall, but Virginia hold opponents to a NCAA fourth-best 28.7 percent from beyond the arc. Those contrasting styles will clash on Saturday from Minneapolis in the first of two National Semifinal games from U.S. Bank Stadium. The Tigers run has not been a fluke, as they have defeated some of the winningest programs in history along the way – Kansas, North Carolina, and Kentucky – after a one-point first round victory over New Mexico State. The Cavaliers were embarrassed in last year’s NCAA Tournament, becoming the first No. 1 seed to lose to a 16, but used that as motivation to earn their first Final Four trip in 35 years. The Cavaliers have had a bit of good fortune this tournament including an improbable 80-75 overtime win over Purdue in the Elite Eight. Forward Mamadi Diakite’s buzzer-beater in regulation to force the extra five minutes will go down as one of the more notable shots in NCAA history. Virginia is the only No. 1 seed left in the Big Dance and the winner will take on either Michigan State or Texas Tech in the championship Monday night. The teams have not met since 2009 and Auburn holds a slight 4-3 advantage all-time.

Many thought that the loss of star forward Chuma Okeke (knee) in the Sweet 16 win over North Carolina would be too big of a loss for this Auburn team to get past Kentucky. Well, guards Bryce Brown and Jared Harper proved everyone wrong by picking up the slack and combining for 50 points in the 77-71 victory over the Wildcats. Not having Okeke could still be a big factor this weekend – especially on defense – as the sophomore leads the Tigers in rebounding (6.8), FG% (49.6), steals (1.8), and blocks (1.2). Harper is averaging 18.0 points over his last seven for an Auburn team that has won 12 in a row.

Virginia holds their opponents to just 55.4 points a game – tops in Division I – but are no slouch on the offensive end. They only average 71.3 points a game (212th), but that’s because of their slow-tempo offense. When they put the ball up, they’re very efficient, shooting 47.4 percent from the floor (39th) and an NCAA seventh-best 39.4 percent from beyond the arc. Virginia has some great guard play as well and received a combined 49 points from Kyle Guy and Ty Jerome in the win over Purdue. Sophomore guard De’Andre Hunter (14.9 points per game) ranks second to Guy (15.2) on the team’s scoring list and has scored in double-digits 22 times over his last 23 games. Diakite averages 7.5 points and 4.3 rebounds on the season, but is averaging 13.0 and 9.0, respectively, in the NCAA Tournament.

This Virginia team has somehow survived the last two games over Oregon and Purdue, and actually had trouble with Gardner-Webb in the first round, while Auburn continues to surprise everyone. The Tigers will suffer in this one without Okeke, but their up-tempo style and 3-point shooting ability will at least keep this game interesting. I’ll take the points.