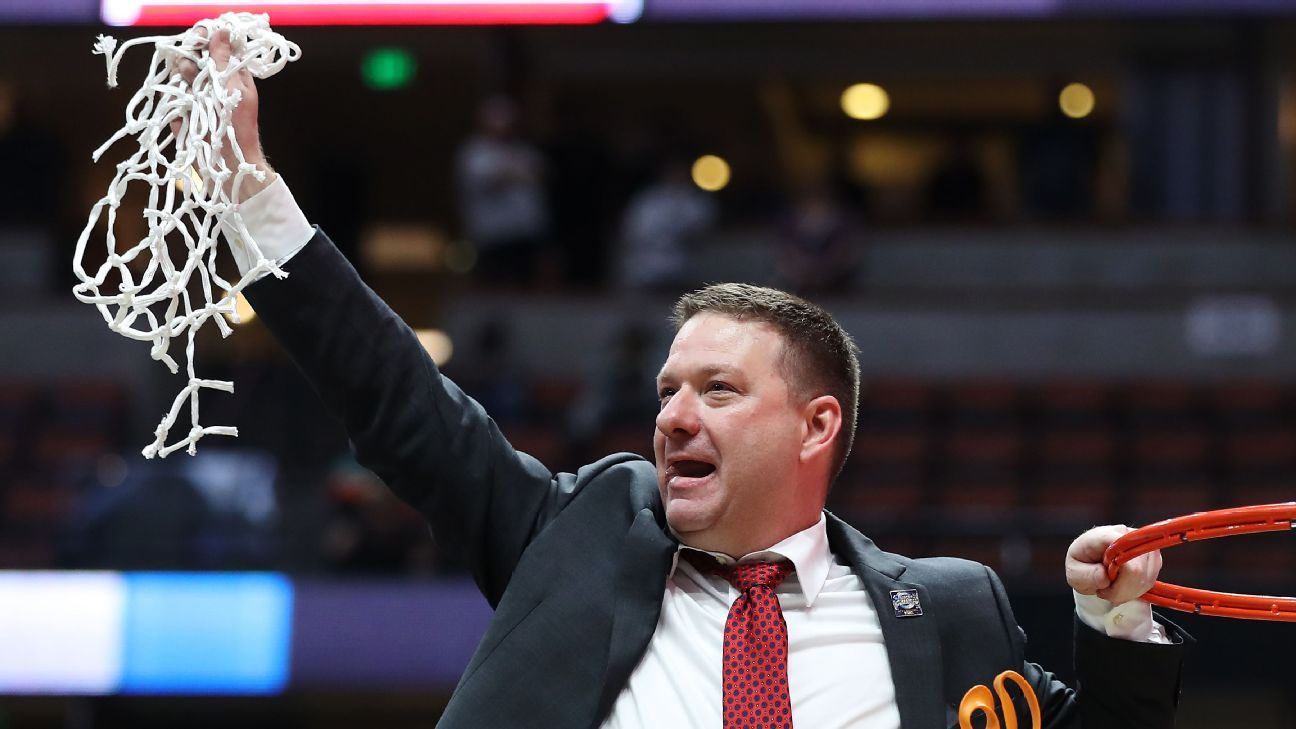 The most experienced program in this year’s Final Four will take the court in the second game of the National Semifinals Saturday night as the Michigan State Spartans battle the defensive-minded Texas Tech Red Raiders. The Spartans are making their eighth Final Four appearance under head coach Tom Izzo by rolling past Bradley, Minnesota, and LSU, then gutting out a one-point thriller over No. 1 seeded Duke in the Elite Eight. Michigan State has won nine in a row overall (7-2 ATS) and are 17-5 away from home including 9-1 on a neutral floor. The Spartans are clearly led by junior point guard Cassius Winston, who tops the team in scoring (18.9 points) and assists (7.6), but more importantly, doesn’t turn the ball over a lot, which will be key against a ferocious Red Raiders defense. Texas Tech comes into the Final Four for the very first time and brings with them the third-best scoring defense (59.0) and second-best defensive field goal percentage (36.9) in the nation. They held two of the highest scoring offenses in the country to well below their average in Buffalo and Gonzaga, and also held Michigan to just 44 points in a dominating Sweet 16 triumph. The winner will get either Auburn or Virginia in Monday night’s Championship Game.

Texas Tech’s offense is pretty efficient, ranking 46th in the country in field goal percentage (47.1) and 69th in 3-pointers (36.5 percent) and are led by sophomore guard Jarrett Culver. The Big 12 Player of the Year leads the Red Raiders in scoring (18.9 points), rebounding (6.4) and assists (3.8). Fellow guard Davide Moretti (11.6 points, 69 3-pointers) can also contribute offensively and has double figures in his last 11 games after topping that mark only 13 times in the team’s first 25 games. Texas Tech has a disadvantage on the boards, averaging just 34.2 compared to Michigan State’s 40.6. Guard Matt Mooney leads the team with 67 steals and has 12 in the this year’s tournament.

Michigan State also gets scoring from their outside shooting in the form of seniors Matt McQuaid (9.8 points, 70 3-pointers) and Kenny Goins (8.1 points, 9.0 rebounds, 56 3-pointers), who have each stepped up their game during the tournament. Freshman forward Aaron Henry entered the tournament averaging just 5.4 points a game, but has upped that to 10.2 in the last five games and dished out 10 assists in the wins over LSU and Duke. Forward Xavier Tillman moved into the starting lineup 12 games ago and is averaging 13.8 points and 8.1 rebounds, while scoring a career-high 19 points twice.

I really love this matchup between two well-coached teams. Texas Tech has a better offense than people give credit for, but Izzo will have a good game plan for it. Winston is one of those players who can rise up and lead his team to the top, and I think that’s exactly what he will do once again. Spartans win a low-scoring affair.