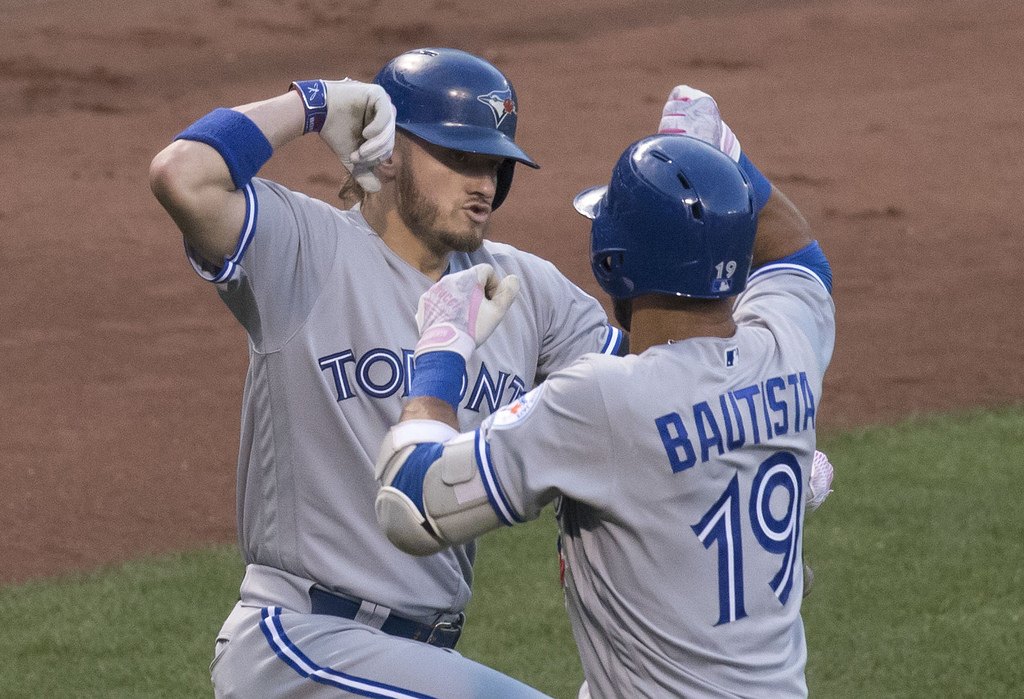 The Houston Astros continue to pour on the offense and have stepped it up even more since the turn of the calendar month. They will seek their 21st win in 24 road contests when they open a four-game series against the Toronto Blue Jays at Rogers Centre. The Astros recorded 41 runs and 57 hits while winning all four games in July so far, capping a two-game interleague sweep of Atlanta with a 10-4 mashing on Wednesday to improve to 30 games over .500. George Springer has gone 9-for-15 with four extra-base hits over the last three games, while All-Star Carlos Correa (thumb), who could return after missing Wednesday’s win, has hit safely in 13 straight games (21-for-50). Evan Gattis has hit safely in eight straight games for Houston while OF Josh Reddick is 12-for-25 with 12 RBIs in his last six starts. Toronto has bounced back from a five-game losing skid by winning the last two of a three-game series against the struggling New York Yankees, as four different players blasted homers in Wednesday’s 7-6 victory – including All-Star Justin Smoak. Jose Bautista is 6-for-13 with four walks during his four-game hitting streak, but teammate Josh Donaldson, who sat out Wednesday, is mired in a 1-for-23 slump. SS Troy Tulowitzki, who has just 19 RBIs in 50 games, went 4-for-9 in the last two contests to raise his batting average to .242. C Miguel Montero went 0-for-4 with a walk and a run scored in his debut with the team on Wednesday.

First time All-Star Lance McCullers went unbeaten in May and June, but has struggled recently, failing failing to complete at least six innings in three of his last four starts. McCullers, who has 103 strikeouts on the season in 87 innings, gave up three runs and six hits over 5.1 innings in a no-decision versus the Yankees on Friday. He allowed two runs over 4.2 innings to lose his only career start versus Toronto.

Francisco Liriano allowed five runs in six innings in his last start Saturday against Boston to lose for the second time in three outings and remain at 100 career wins. Liriano is averaging fewer than five innings per start, but he has made it through at least six in three of his last four starts. Gattis is 3-for-6 with a pair of doubles versus Liriano, who is 1-1 with a 4.61 ERA in two career starts against Houston.

Houston will not slow down against Liriano. Everyone in their lineup is hitting the ball right now and Correa could be back this weekend to add even more punch. The Blue Jays might have some success against McCullers, but it won’t be nearly enough. Houston in a route.