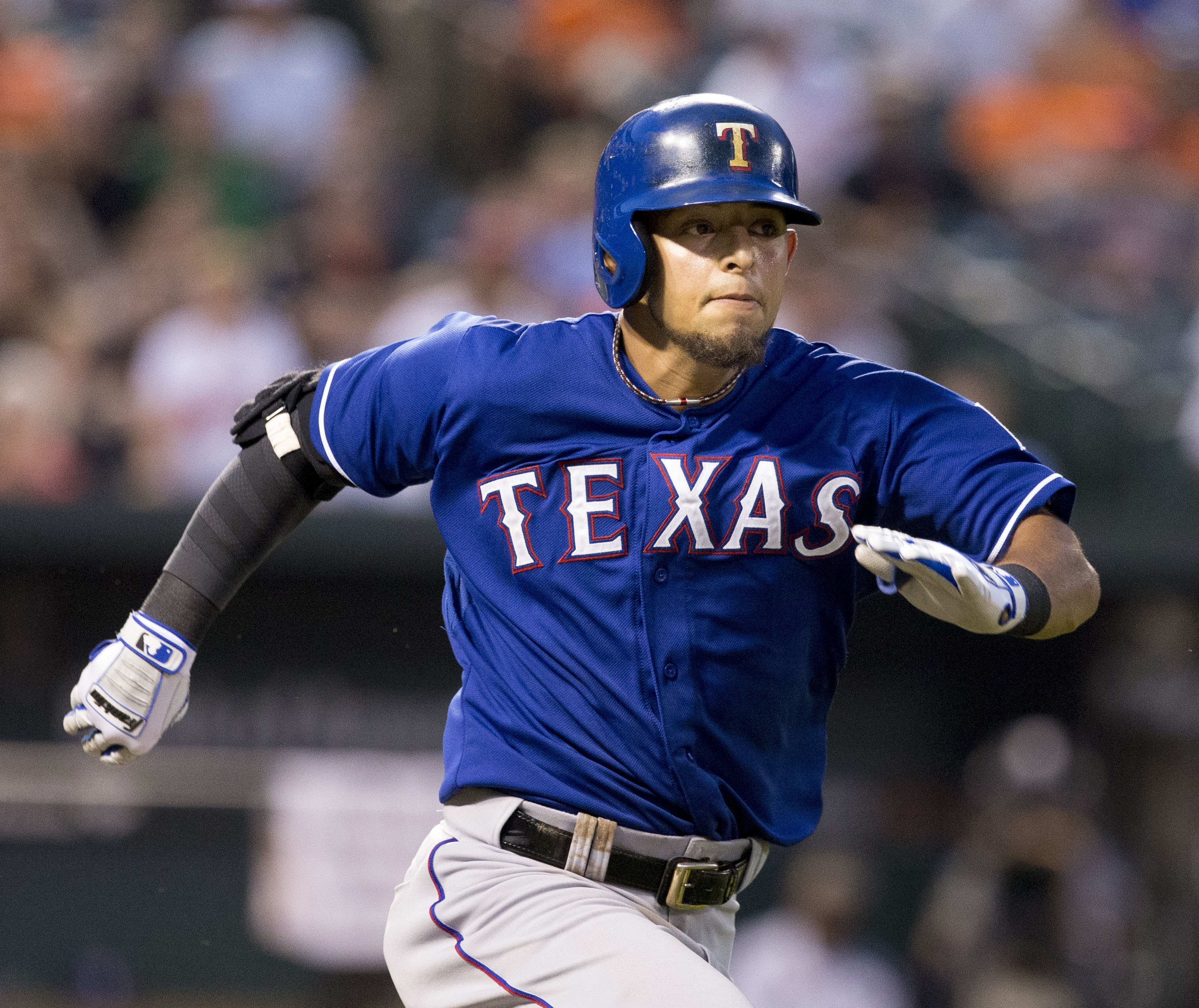 Two teams with hopes of ending the first half on a high-note and inching closer to the top of the Wild Card standings meet in Arlington, Texas as the Texas Rangers host the Los Angeles Angels on Friday night. The Angels, who are a game ahead of Texas in the standings and just 2.5 games behind Kansas City for the second AL Wild Card spot, avoided a three-game sweep of the Twins on Wednesday with a 2-1 victory. Los Angeles has struggled to score runs all season even with Mike Trout in the lineup, as they rank 26th in runs scored (4.18), but a solid pitching staff has kept them around the .500 mark. Albert Pujols (.238), who is on pace for a career-worst batting average, became the 40th player in history to reach 2,900 career hits on Wednesday in Minnesota. The Rangers also averted a three-game sweep on Wednesday by beating up the Boston Red Sox 8-2 after Boston had scored 18 runs in the first two victories of the series. The Rangers, unlike L.A., haven’t had any problems scoring, ranking sixth in runs scored (5.05) despite having a 27th-worst .240 batting average – their 130 home runs rank them 4th in the league. The only regular hitting over .300, Elvis Andrus (.301) will most likely miss at least Friday’s game while on the paternity list. The teams have split their six meetings this season with each team taking two out of three on the road.

Ricky Nolasco appeared on the verge of being yanked from the rotation after losing seven consecutive starts but has turned things around with consecutive solid outings. He threw 6.1 scoreless innings at the Los Angeles Dodgers on June 26th for his first victory since April 27th and followed that up by going the distance in a three-hit shutout against Seattle.

Cole Hamels will make his third start since returning from a seven-week stay on the disabled list. He was hit hard in his first return start, giving up seven runs on eight hits over 4.1 innings after he was staked to a seven-run lead. He was much better last time out at the Chicago White Sox, allowing two runs on only two hits over 6.2 innings and not walking a batter. Pujols has homered three times against Hamels but is 6-for-36 overall against him. Hamels is 2-1 with a 2.93 ERA in six career starts against the Angels, including seven innings of one-run ball in a no-decision at Los Angeles on April 11th.

I’m not a believer in Nolasco after just two consecutive solid outings. The Rangers should be able to hit him pretty good tonight and Hamels will improve even more in his third start back. Look for Texas to roll in this one.