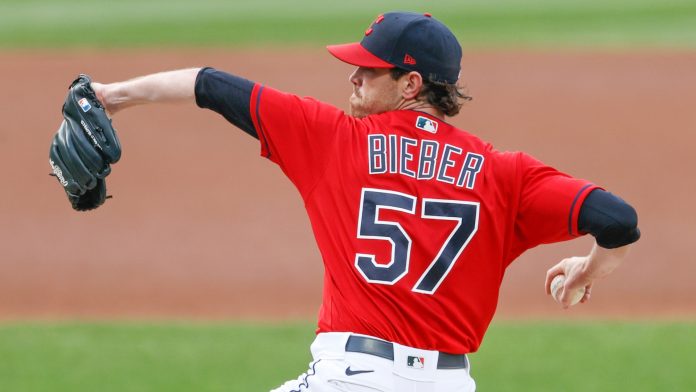 The Cleveland Indians were in danger of falling out of the postseason race a few weeks ago, but went on a tear down the stretch and will host Game 1 of the Wild Card series against the New York Yankees on Tuesday night. Cleveland overcame a four-run deficit against Pittsburgh on Sunday to post their ninth win in their last 11 games to clinch the fourth seed in the American League. All games of this best-of-three format will be at Progressive Field where the Indians were 18-12 – the exact opposite record that New York produced away from home (12-18). AL Cy Young Award favorite Shane Bieber will start on Thursday opposite New York right-hander Gerrit Cole in what is the best pitching matchup of any of the wild card games on Tuesday and Wednesday.

AL MVP candidate Jose Ramirez doubled twice and scored two runs on Sunday to help the Indians rally. Ramirez is on fire with a .442 average and 18 RBI over his last 12 games and each of his last 11 hits have gone for extra bases (seven doubles, four homers). While Cleveland enters the postseason with momentum, New York does not. the Yanks followed a 10-game winning streak by losing six of its final eight contests. DJ LeMahieu finished with a .364 batting average to become the first player to win batting titles in both the American and National leagues (Colorado in 2016), while teammate Luke Voit led the majors with 22 homers. Game 2 will be Wednesday night.

Cole signed a nine-year, $324 million contract in December and had a solid first season in pinstripes. The former Astro won his last three starts, allowing a total of two runs after a rough stretch prior to that. Cole looks to repeat his stellar postseason performance of 2019, when he went 4-1 with a 1.72 ERA and 0.87 WHIP in five starts for Houston. He owns a 2-1 record with a 2.79 ERA in four career starts against Cleveland.

Bieber became Major League Baseball’s first pitching Triple Crown winner since Johan Santana in 2006. He tied Chicago Cubs right-hander Yu Darvish for the most wins in the majors, while his ERA and strikeouts (122) were tops in baseball. Bieber is also the first Cleveland pitcher to accomplish the feat since Hall of Famer Bob Feller in 1940. He has a 1-0 mark and 8.31 ERA in two career starts against the Yankees.

Cole has the postseason experience, but Bieber is made for games like this. He is the best pitcher in the game right now and the Yankees swing and miss a lot. This should be a low scoring affair and that favors the Indians, who have the better bullpen. I’ll take Cleveland in this one.