NCAA College Basketball News, Odds, Previews, and Free Picks What Are the Odds of Striking a Perfect Bracket at the NCAA... 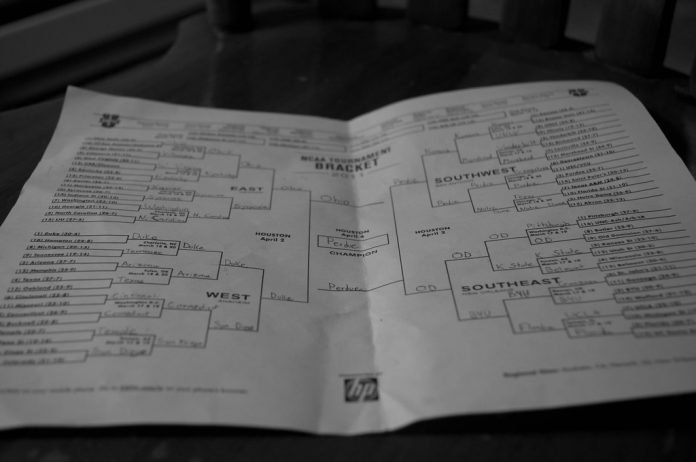 The odds are hardly in your favor when picking an ideal bracket for the NCAA (National Collegiate Athletic Association) Tournament. You have better chances of having quintuplets or even winning the lottery. There is a higher probability of being struck by lightning than getting the perfect bracket for March Madness. Every year, millions of NCAA Tournament fans fill out their bracket. It is unsurprising that each year, all the filled-out brackets are busted. Regardless of your experience in the game, chances are your bracket has been far from ideal.

It does not matter whether you are a casual fan interested in picking random winners; the odds are stacked against you. Even a college basketball enthusiast devoted to researching possible champions will hardly get anything close to a perfect NCAA Tournament bracket. Most people draw a lot of enthusiasm from participating in getting the right bracket for the NCAA Tournament. It is the same thrill that sports fans get from betting on their favorite game. Just by looking at the highly unlikely odds of perfectly predicting the 63 games in the NCAA Tournament brings excitement to many fans.

When it comes to getting these odds right, no one has ever come close. The most baffling part is that to a certain level of certainty, no one will ever pull off the right brackets. At random, the odds of you getting it right for all the 63 games in the NCAA Tournament is 9.2 quintillion. More precisely, you have a one in 9,223,372,036,854,775,808 chance of picking the correct bracket for all 63 games. For you to better understand what this figure represents, consider that 9.2 quintillion seconds is the amount of time translating to 292 billion years.

It is crucial to note that nobody takes a random shot at their bracket. However, people with a bit of knowledge of college basketball have a better chance of picking the 63 games. Last year, the National Collegiate Athletic Association relied on information from the Bracket Challenge Game. The collected data were used to project the chances of an average player picking a correct bracket. According to the data, the odds of this happening is one in 120.2 billion. This appears to be a more realistic figure in comparison to one in 9,223,372,036,854,775,808.

However, the one to 120.2 billion odds remains an astronomical figure. It could be argued that the best way to put into context these odds is to contrast them against other occurrences that are extremely unlikely. Better yet, you can contextualize this to events more likely to occur than an ideal NCAA Tournament bracket. For instance, consider becoming a pro basketball player. During a typical basketball season, there are roughly 540,000 players taking part in the American men’s high school basketball.

Among 35 of them, less than one joins the list for college players. Also, among 75 NCAA senior players, less than one is picked for the NBA (National Basketball League). In general, the likelihood of a basketball player at the high school level getting to the NBA is roughly one in 3,300. These odds may seem very unlikely to favor the high school basketball player. Well, the figure is approximately 36 million times likely to happen than getting an ideal bracket. Another instance would be to consider the likelihood of getting a royal flush.

In poker, it is the rarest hand when playing with five cards. The odds of you having a royal flush are one in 854,318. Yet, you are 185000 times more likely to get a royal flush than an ideal bracket. There is a one in one million chance of getting struck by lightning, which is still 120,000 times a more likely event than getting a perfect NCAA Tournament bracket. It may seem almost impossible to get hit by a meteorite coming from space. The chances of that happening are one to nearly 1.6 million. Still, this is still 75000 times more likely to occur than getting a perfect bracket during March Madness.

The likelihood of hitting the Lotto Max jackpot is one in 33.3 million, which is 3610 times a more probable occurrence than the correct bracket. There is a one in 55 million chance that natural births can be quintuplets. It is still 2185 times a more likely event than getting all the 63 games right.