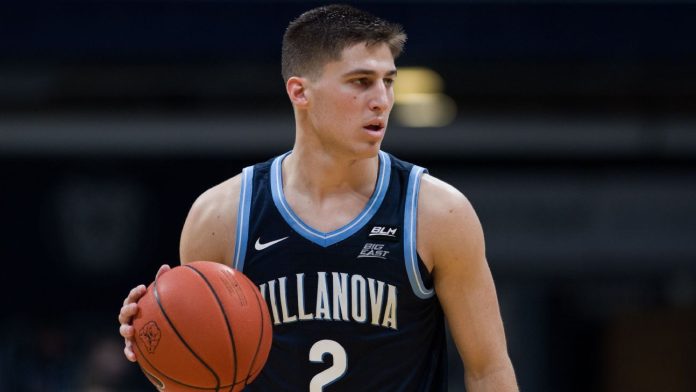 A rare top-10 matchup takes place in the state of Rhode Island on Tuesday night as the 8th-ranked Providence Friars host the 10th-ranked Villanova Wildcats. Both teams have distanced themselves from the rest of the Big East Conference pack and are top four seeds in the latest ESPN Bracketology. The Friars currently own a 1.5 game lead over the second-place Wildcats and this will be the first of two meetings. Providence will travel to Villanova on March 1st to close out the regular season. The Friars have won eight games in a row, but the last one wasn’t easy. The DePaul Blue Demons gave Providence all they could handle, but the Friars pulled out a 76-73 overtime win at home as 9-point favorites. During the eight-game winning streak, the Friars are just 4-4 ATS including 0-4 ATS at home.

Villanova comes in off a hard-fought 73-67 victory over a game Seton Hall team. The Wildcats were 9.5-point favorites and had to overcome a seven-point, second-half deficit to get their third victory in a row. The Wildcats have only played three road games in the last 32 days and have failed to cover each one. One of those was a 10-point loss at Marquette as 4.5-point favorites. The teams split the two meetings in 2020-21 with the home team coming out on top in both. Before that, Villanova had won five of the previous six meetings. The Friars come into this contest as 4.5-point underdogs despite being a perfect 14-0 at Dunkin Donuts Center this season. The total is pegged at 130.5.

Villanova trailed by three points at the half but exploded in the second half in which the Wildcats outscored Seton Hall 44-35. Jermaine Samuels and Justin Moore scored 16 points apiece. All starters scored at least 10 points for a Villanova team that has arguably the best offense in the Big East. They own the highest adjusted offensive efficiency in the conference, highest 2-point shooting percentage, and second-highest effective field goal percentage. Collin Gillespie recorded 10 points and four assists after being held scoreless in a win at St. John’s. Gillespie is working his way back from an ankle injury. Villanova will host Georgetown on Saturday.

In the win over DePaul last Saturday, the Friars got 25 points off the bench from Jared Bynum, while Al Durham and Nate Watson had 16 points apiece. The Friars are fourth in the Big East with 105.4 points per 100 possessions and third with a 49.6 effective field goal percentage. Three-point shooting has been better in conference play with a 37 percent clip from outside. Bynum averages 11.6 points and 4.2 assists and has improved his 3-point shooting from 11.9 percent last year to 46 percent this season. Nate Watson leads the team with 13.6 points while contributing 5.7 rebounds per contest. The Friars will play at Butler on Sunday.

Villanova is the better team, but Providence just keeps finding ways to win. They are also undefeated at home and it’s not easy to win on the road in conference play. This is a big time matchup that should go down to the wire. I’ll take the points.