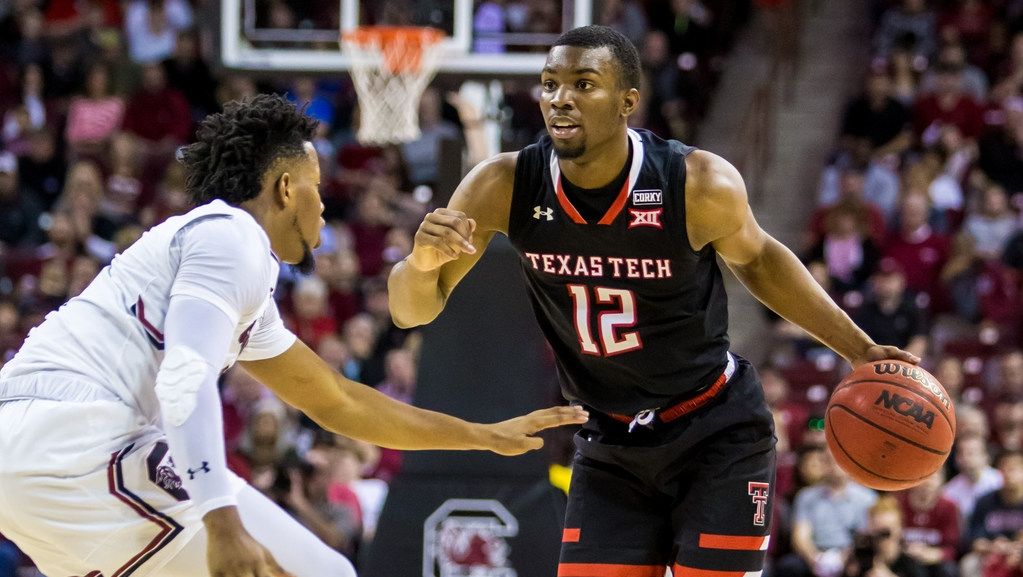 In a tournament full of upsets, the Texas Tech Red Raiders and Purdue Boilermakers have held serve as the third and second seed respectively, and will meet in Boston, Massachusetts on Friday night for the right to advance to the Elite Eight. Red Raiders head coach Chris Beard was the head man at Arkansas-Little Rock two years ago, when his Trojans overcame a 13-point deficit in the final 3:33 of regulation to pull off an 85-83 double overtime upset of the fifth-seeded Boilermakers in first round of the Midwest Regional in Denver. Many players still remain from that Boilermakers’ squad including senior forward Vincent Edwards, who had 24 points and 13 rebounds in 41 minutes in the loss, while guard Dakota Mathias (12 points), center Isaac Haas (seven points) and guards P.J. Thompson (five points) and Ryan Cline also saw substantial action. This year’s Purdue squad breezed to an easy win over CS Fullerton in the first round before a hard-fought 76-73 win over in-state rival Butler last weekend. Texas Tech trailed Stephen F. Austin at halftime before rallying for a 10 point victory in the first round, then when back-and-forth with Florida in a thrilling 69-66 triumph in the Round of 32. Texas Tech is in the Sweet 16 for the first time in 13 years, while Purdue is playing in its fourth Sweet 16 since 2009. The winner will play either Villanova or West Virginia on Sunday for a spot in the Final Four in San Antonio.

The Red Raiders are not afraid to play the nation’s top teams, as they lead the nation with seven top-25 wins and it all starts with a defense that leads the Big 12 Conference in points allowed (64.6) and field-goal percentage defense (40.2). Senior guard Keenan Evans, who leads the team in scoring (17.8 points) and assists (3.2), is the first Red Raider since Jarrius Jackson (2003-07) to earn first team All-Big 12 honors. Jarrett Culver is second in scoring (11.5), while fellow freshman guard Zhaire Smith contributes 11.3 per contest. Smith is also a 44.4% shooter from 3-point range, and had a monster game in Saturday’s win over Florida with 18 points, nine rebounds and seven assists.

The Boilermakers got by Butler despite the loss of the 7’2″ Haas to a fractured right elbow suffered in the team’s first-round win over Cal State Fullerton. Haas, who averages 14.7 points, 5.7 rebounds and 1.3 blocks, was showing off a special elbow brace designed by some of the school’s mechanical engineering students that he hopes the NCAA will approve so he can try and play Friday. Purdue ranks second in the nation in 3-point shooting percentage (42.1) with sophomore guard Carsen Edwards (team-high 18.2 points), Vincent Edwards (14.7), Mathias (12.3) and Thompson (7.4) all shooting 40 percent or better from long distance.

Haas’ injury might not seen like a huge loss as he is backed-up by the 7’3″ Matt Haarms, but the problem then now is Purdue’s depth. The Red Raiders can shut down the best offenses in the nation, holding opponents to 32.7% from 3-point land. This will be a tight game, but defense will win out, and so will Texas Tech.