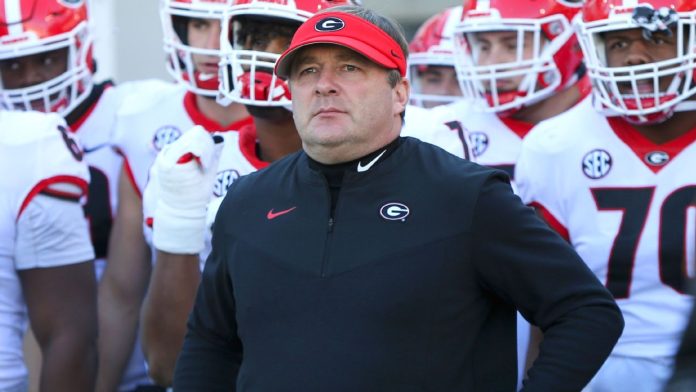 The National Championship game is set and will feature the Big 12 against the might SEC this Monday night. The upstart TCU Horned Frogs take on the Georgia Bulldogs, who are trying to become the first repeat champions in the playoff era. The last team to win back-to-back championships was Alabama in 2011-2012. The Horned Frogs have had a magical season, going from unranked in the preseason to the title game. They were picked to finish seventh in the Big 12 by many publications, but navigated through a rough Big 12 schedule behind head coach Sonny Dykes. Chandler Morris was named the starting quarterback in the season opener but sustained a knee injury and Max Duggan took over. The rest is history. Duggan threw 32 touchdown passes and was invited to New York for the Heisman Trophy presentation. TCU knocked off second-ranked Michigan 51-45 at the Fiesta Bowl on New Year’s Eve, but I guess didn’t impress the oddsmakers much. The Bulldogs are 13-point favorites heading into Monday’s contest.

Georgia needed to rally from a 14-point deficit in their semifinal game with Ohio State, eventually winning 42-41 after the Buckeyes missed a field goal as time expired. Despite surrendering 71 points over their past two games, Georgia still ranks fifth nationally in scoring defense at 14.8 points per game. They have two shutouts this season and allowed 14 or fewer on eight occasions. Georgia is 4-0 all-time against TCU, including a 31-23 win the last time they met in 2016. The Bulldogs last played a Big 12 team in 2020, beating Baylor 26-14 in the Sugar Bowl, while TCU hasn’t played an SEC team since 2017. The Horned Frogs are 5-11 ATS in their last 16 neutral site games. Georgia is 5-2 ATS in their last 7 games in January.

TCU beat Michigan on New Year’s Eve despite closing as a 9-point underdog. They have been surprising oddsmakers all season, going 10-3-1 ATS. The 96 combined points in the Fiesta Bowl were second-most in a College Football Playoff matchup. There were 44 points scored in the third quarter alone, making it the highest-scoring quarter in CFP history. TCU led 41-22 late in the third quarter, but held on in the end. Duggan threw for 225 yards and two scores with two interceptions and also rushed for two scores. Emari Demercado rushed for 150 yards and a TD, and Quentin Johnson caught six passes for 163 yards and a TD. Top running back Kendre Miller (1,399 yards, 17 touchdowns) sustained a knee injury and is questionable for Monday’s title game. TCU ranked 15th nationally with 206.4 rushing yards per game and recorded 263 against Michigan.

Stetson Bennett was solid in the thrilling win over Ohio State, passing for 398 yards and three touchdowns against an interception on 23-of-34 completions. Bennett and the offense will now face a TCU defense that has surrendered 76 points in their last two games. Rarely used wideout Arian Smith caught three passes for a whopping 129 yards and a touchdown. He had three receptions total coming into the contest. Running back Kenny McIntosh needed just five carries to record 70 yards last week. The defense sure got a wakeup call from the Buckeyes’ offense and will face another solid test against TCU. During the regular season, Georgia allowed just 15.9 points and 318.2 total yards per game. The Bulldogs are 8-3 ATS in their last 11 bowl games, but 0-4 ATS in their last four non-conference games.

TCU has had a great run, but I think it comes to an ugly end on Monday. The Horned Frogs defense is what worries me the most. They weren’t terrific during the regular season and have allowed a ton of points the last two games. Meanwhile, Georgia’s defense hasn’t been great the last few games, but is still one of the best in the nation. TCU can keep it close for a half, but I think Georgia’s talent ultimately blows them away in the second half.