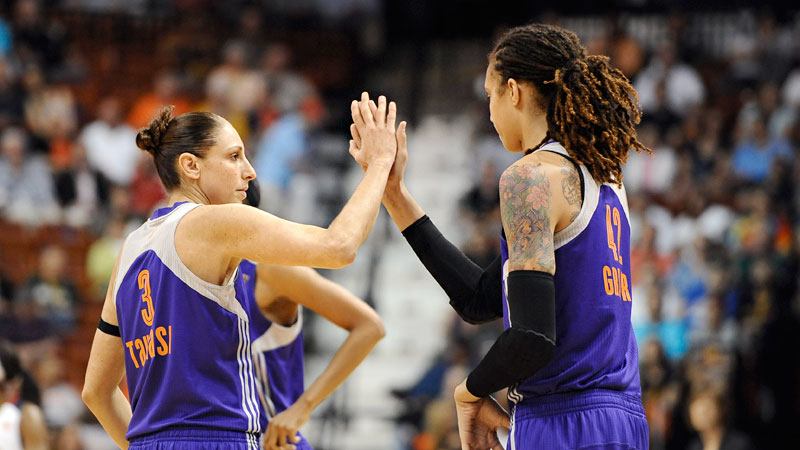 The Los Angeles Sparks and Phoenix Mercury don’t have to worry about making this year’s postseason, but both would still love to find some momentum during the final few games of the regular season, and position themselves even better. The two clubs will battle in Phoenix Sunday night in a game that can be seen on ESPN2. The Mercury currently sit in seventh place, but can climb as high as No. 4 with three games remaining. Phoenix had lost six of seven games before beating last-place Indiana 94-74 on Friday. Diana Taurasi and Stephanie Talbot scored 14 points apiece to lead five Phoenix players in double figures and help the Mercury past the Fever, snapping a five-game home losing streak. DeWanna Bonner had 13 points and 10 rebounds, Brittney Griner added 12 and nine, and Yvonne Turner scored 10 points for Phoenix.

The Sparks, who are coming off a 79-73 loss at Atlanta on Thursday, occupy the No. 4 spot in the playoff seeding. After losing to lowly Indiana on July 20th, L.A. reeled-off victories in four of five games before the recent loss to the Dream. The Sparks’ 4-2 record since losing to the Fever includes two losses to Atlanta. Los Angeles is trying to sweep the three-game season series, winning the first two games at home, including 78-75 on August 5th. Candace Parker leads the Sparks with 18 points and eight rebounds per game, while Nneka Ogwumike averages 15.6 and seven.

The Sparks are playing much better in recent weeks than the Mercury, and are 7-2 ATS in their last nine matchups with Phoenix. The Mercury actually have a losing record at home this season (6-8). I’ll take the Sparks.