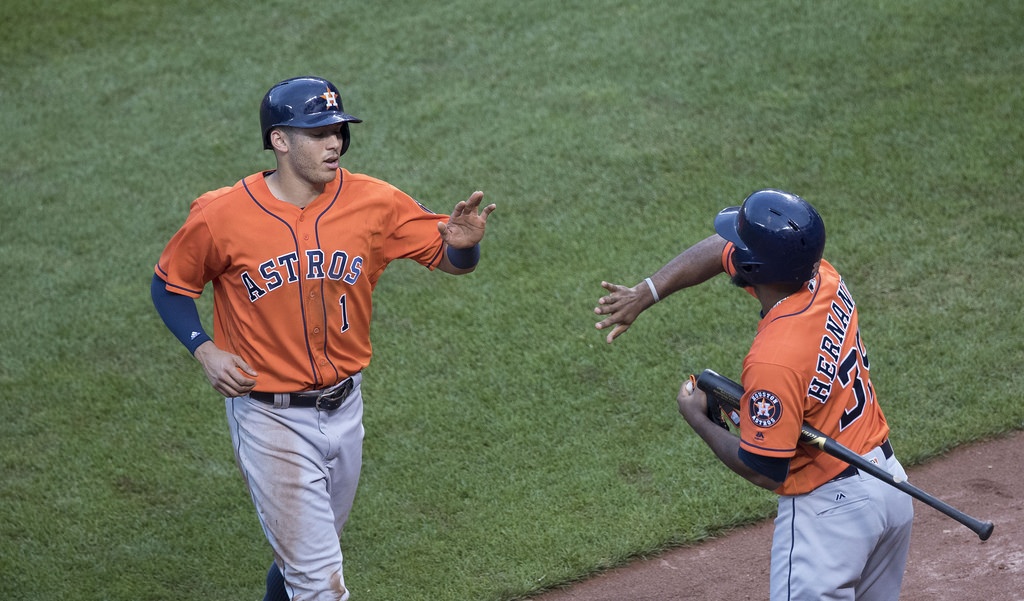 The Houston Astros look for consecutive victories and to increase their big lead in the AL West when they host the Boston Red Sox in the rubber-match of a three-game series on ESPN’s Sunday Night Baseball. Houston (46-23) was 42-16 on June 5th before watching the longest winning streak in the majors (11) get snapped the following night at Kansas City – a loss that began a 3-7 skid for the team with the best record in baseball. The most recent of the Astros’ losses over that stretch was Friday’s 2-1 setback as Boston’s relievers worked 2.2 scoreless innings to extend their scoreless streak to 24, but Houston ripped reigning Cy Young winner Rick Porcello for seven runs in Saturday’s 7-1 triumph. Jose Altuve, who is 7-for-10 with four doubles, a homer and five runs scored over his last three games, ignited a pair of three-run innings with an RBI double in the first and a solo shot in the third. Despite the loss, Boston’s bullpen extended its scoreless streak to 26 innings – the longest such run in the majors this season. Astros veteran designated hitter Carlos Beltran blasted a two-run homer on Saturday, joining Albert Pujols, Miguel Cabrera and Adrian Beltre as the only active players with at least 430 career homeruns. Houston will start a seven-game road trip next week and could get injured starting pitcher Lance McCullers back during the trek.

David Price will make his fifth start of the season and has not looked sharp since returning from the disabled list. He delivered a quality start on Tuesday, allowing three runs on four hits across six innings against Philadelphia, but walked four. The 2012 AL Cy Young Award winner has allowed at least one home run in each of his four starts and struggled with control over his last two outings, issuing eight free passes. Price won his only start against the Astros last season, giving up one run in 6.2 innings, but he has struggled against Altuve (6-for-17) and Brian McCann (10-for-29, three homers).

Joe Musgrove also spent some time on the DL and returned to suffer a loss against Texas on Monday after yielding two runs on five hits and a walk in 4.2 innings. Musgrove posted his best start of the season prior to his injury on May 26th, throwing seven scoreless innings in a win versus Baltimore. Musgrove is only 2-5 with a 5.05 ERA at home in 2017 entering his first start against Boston. He was 3-1 with a 1.75 ERA in six late-season games (five starts) last year at Minute Maid Park.

Price is not a pitcher to be trusted right now and he’s facing the best team in baseball. The walks are adding up for Price and the Astros will make him pay. Musgrove will do just enough to earn the victory. Be sure to check out the rest of our MLB Free Picks all season long.