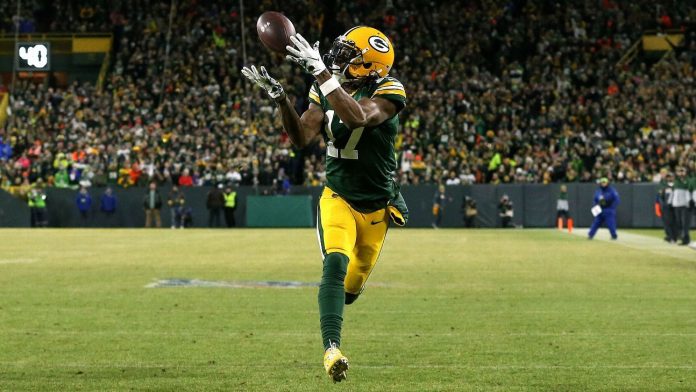 The first of the four NFL Divisional Playoff games takes place at the normally frozen tundra of Lambeau Field, as the Green Bay Packers host the Los Angeles Rams on Saturday afternoon. This will also mark the first game in Green Bay in which fans will be allowed. 6,000 are expected to spread across the historic stadium and help get their team into the NFC Championship Game. The Packers finished the regular season as the No. 1 seed and had last week off after beating the Chicago Bears 35-16 in Week 17 and bring a six-game winning streak into this contest. The Rams had their hands full last week in Seattle. Backup quarterback John Wolford got the start in place of the injured Jared Goff (thumb), but went out early after a nasty hit to the head that required the undrafted rookie to go to the hospital. Goff came in and helped L.A. to their second Divisional round game in the last three seasons. Coach Sean McVay said both players are trending in the right direction, but he won’t likely name a starter until later in the week. Wolford, along with star defensive tackle Aaron Donald and wide receiver Cooper Kupp all sat out the team’s light workout Tuesday.

Goff and the Rams got the better of Aaron Rodgers and the Packers the last time these two teams met. It was a 29-27 win for the Rams in L.A. in 2018. In that game, Rodgers was sacked twice by Donald. L.A. was favored by 7.5 in that game, but Green Bay got the cover for the sixth straight time in the series. The Packers come into this contest as a 7-point favorite with the total set at 46. The Rams are 10-7 ATS this year, covering five times at home and five times on the road. Green Bay is 7-0 straight-up in their last seven January games at home including 5-0 in the playoffs. The Packers were 5-3 ATS at Lambeau this year and the total was 4-4 in those games. The winner will take on either the Tampa Bay Buccaneers or New Orleans Saints in the NFC Championship next week.

After Wolford went down with a neck injury, Goff was forced into action, throwing for 155 yards and a touchdown. He has now passed for one or less touchdowns in six of his last eight games. With Goff’s thumb injury, he’ll likely be limited once again, which puts more responsibility on rookie running back Cam Akers, who rushed for 131 yards and a touchdown in the win over Seattle. The Rams will also have to rely on their defense more than ever and it starts with Donald. The best defensive tackle in the league did suffer a rib injury last week, but should be ready to go for a defense that sacked Russell Wilson five times. L.A. also has one of the best secondaries in the NFL with Jalen Ramsey, John Johnson and Jordan Fuller. The Rams are No. 1 in the NFL in total defense, points allowed and versus the pass, while they rank third against the run.

Rodgers is looking to continue his MVP caliber season against the Rams after throwing for 240 yards and four touchdowns against Chicago in Week 17. He now has at least three touchdown passes in six of his last seven games. Overall, Rodgers threw for a league-high 48 touchdowns with just five interceptions and has a dynamic wide receiver to throw to. Davante Adams led the league with 18 receiving touchdowns including four in his last two games. Running back Aaron Jones is a big reason why the Packers offense has flourished, finishing with 1,104 rushing yards and nine touchdowns. Green Bay also has a terrific offensive line that allowed just 21 sacks – tied for second in the league. Adrian Amos led Green Bay in the regular season with 83 tackles, while Za’Darius Smith had 12.5 sacks and Darnell Savage had four interceptions. The Packers are 7-3 against the spread in their last 10 games overall.

The question is whether or not the Rams can generate enough offense to keep this close. McVay is a great coach who will come in with a game plan no matter who his quarterback is. The Rams defense will be the difference. They have the ability to disrupt Green Bay’s rhythm and keep Adams out of the end zone. I’ll take the points.