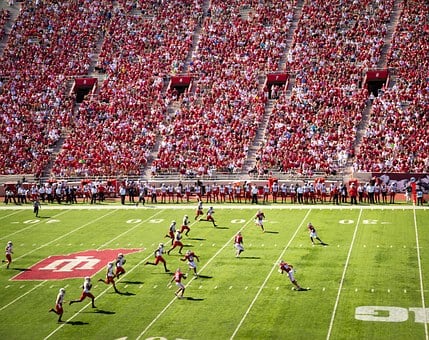 The biggest fans have been waiting for it for a year!  The 2021 NFL season has finally arrived.  Also, there will be fans in the stands this year, which is a nice change of pace from last year.  What good news!  The NFL added a 17th regular season game.  Serious things kick off Thursday night with the reigning champion. The Tampa Bay Buccaneers welcome Dak Prescott and the Dallas Cowboys. In this article, we give you our expert predictions on which teams are most likely to reach the Super Bowl for this already promising season.

After years of debate between the NFL and the Players’ Association, a 17-game regular-season schedule finally came into effect Thursday night.  For years, players have refused to comply with this league demand due to the increased risk of injury. The NFL has operated on a 16-game schedule since 1978. The extra game will pit teams from the American Conference against others from the National Conference. As it’s been the case since last year, there will again be 14 teams that will secure their playoff tickets.

What are the Most Important Dates to Remember?

As in the past, each team will be granted a week off during the schedule. The season will therefore span 18 weeks. There had been talk of an additional week off during the negotiations, but this option was not taken up. Team weeks off will take place between week 6 and week 14. The playoffs will begin January 15-16. The conference finals take place on January 30, while the Super Bowl is staged a week later than usual on February 13 in Los Angeles.

The Dallas Cowboys and Tampa Bay Buccaneers kicked off the season last Thursday. The Tampa Bay Buccaneers and quarterback Tom Brady enter the 2021 season as the defending Super Bowl champion after dethroning the Kansas City Chiefs and quarterback Patrick Mahomes in Super Bowl 55 last February.  These two teams remain at the top of the odds table.  The bookmakers are also making them big favourites for this new season.  So far, no surprises. There are many Squawka betting tips available online if you too want to try your luck with your betting tips.  Being one of the most watched events in the world of sports, there is no shortage of bookies allowing their players to bet on it. Once the poster is known, bettors have access to several dozen bets. You should know that you can also choose to bet on the result at half-time. This can be interesting if you think a team will start their game very hard.  In any case, betting on The Tampa Bay Buccaneers or the Kansas City Chiefs is always a safe bet!  In contrast, the season is set to be long and difficult for the Houston Texans and Detroit Lions in the AFC and NFC.

We Have the Right to Dream a Little!

Imagine the scene on February 13 in Los Angeles. Aaron Rodgers propels the Green Bay Packers to Super Bowl 56 victory, putting a glorious exclamation point to a months-long war between the star quarterback and the organization. This is an image that is both cheerful and sad. Pleasant, because Rodgers, after 13 brilliant seasons as a starter in Green Bay, would finally enjoy a second coronation.  Sad, because after so much time devoted to the team that drafted him in 2005, we prefer to imagine an eternal marriage, bathed in joy and  eternal happiness. The reality of the sport is often less beautiful and the relationship between Rodgers and the Packers seems irreconcilable.