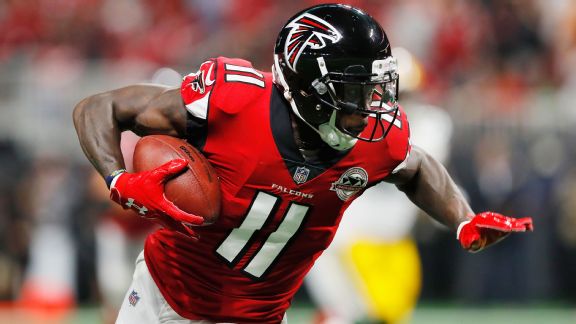 Sitting at 0-4 to start the season, the Atlanta Falcons will welcome in the Carolina Panthers on Sunday afternoon, a team they have dominated at home in recent years. Atlanta was competitive in their first three games – blowing big leads in two of those – but were handled rather easily by the Green Bay Packers on Monday night, 30-16. Somehow, head coach Dan Quinn still has a job, but a loss on Sunday to the underdog Panthers could be the last straw. Carolina, meanwhile, has strung together back-to-back wins after starting the season 0-2. The Panthers snapped a 10-game losing streak with a 21-16 win over the Los Angeles Chargers in Week 3, then upset the Arizona Cardinals 31-21 at home last weekend.

Despite being winless, the Falcons are slight 1.5-point favorites on Sunday with an opening total set at 54.5. Atlanta has won five in a row in the series and eight of the last nine. Both victories in 2019 were blowouts. The one in Atlanta finished with a 40-20 final score, with the Falcons outscoring the Panthers 17-0 in the third quarter. Matt Ryan threw for 313 yards and two touchdowns, while Devonta Freeman (now with Giants) rushed for 84 yards and a TD. Kyle Allen was Carolina’s QB and was intercepted twice. Panthers superstar running back Christian McCaffrey had 53 yards rushing and 11 catches for 82 yards but will not play again this week due to injury. Carolina is 0-5 against the spread in the past five meetings, while the Under is 10-3-1 in the previous 14.

Even without McCaffrey, the Panthers have been playing solid under NFL Coach of the Year candidate Matt Rhule. In the win last week over Arizona, Teddy Bridgewater threw for 276 yards on 26-of-37 passing with two touchdowns and another rushing score. Mike Davis has taken over as the featured back with McCaffrey out and rushed for 84 yards and a score with left tackle Russell Okung missing the contest with a groin injury. The team combined for 168 yards on the ground on 35 carries last week. After getting sacked six times in the first two weeks, the offensive line has allowed Bridgewater to get sacked just once. Four Panthers were limited in practice Wednesday – Okung, CB Donte Jackson (toe), CB Eli Apple (hamstring), and TE Chris Manhertz (ankle). The Panthers will host the Chicago Bears next Sunday.

Defense has been a big issue for Atlanta this season and the injuries keep mounting. Safety Damontae Kazee suffered a season-ending torn Achilles’ tendon last week, while rookie safety Jaylinn Hawkins, left with a concussion. Two other safeties and two cornerbacks missed the game due to injuries and none are expected to return soon. The Falcons rank second-to-last in yards allowed (448.2), passing defense (341.5) and scoring defense (34.5). On offense, wideout Julio Jones left after aggravating a hamstring injury and my not play on Sunday. On his first catch Monday night, Jones surpassed Roddy White as the franchise’s all-time leader in receptions with 809. Fellow wideout Calvin Ridley is dealing with a hamstring injury but was held without a catch after topping 100 yards in each of the first three games of the season. Ryan completed 28-of-39 passes for 285 yards and zero touchdowns versus the Packers on Monday and was sacked four times for a loss of 36 yards. Todd Gurley rushed for two touchdowns, but the team managed just 3.1 yards per carry. Gurley will be facing the Panthers’ defense that allowed 129 rushing yards on 23 carries to Arizona last week. There’s a chance that the Falcons could have defensive end Takk McKinley (groin) back as he took part in limited work on Wednesday. Atlanta will be at Minnesota next week.

On paper, you wonder why the Falcons are even favored in this game. Carolina is playing well now, but the Falcons have owned them recently. Atlanta has played better than their 0-4 record and I believe Ryan and Gurley will lead the way on offense and outscore the Panthers at home.