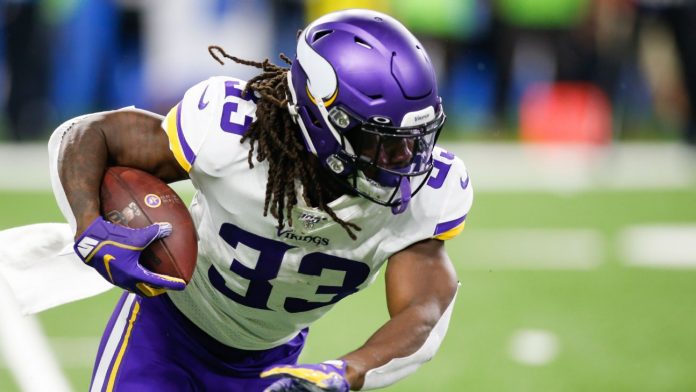 The Green Bay Packers are running away with the NFC North and can put even more distance between them and Minnesota when they visit the Vikings this Sunday afternoon at U.S. Bank Stadium in Minneapolis. Since a Week 1 blowout loss to the New Orleans Saints, the Packers have been on a roll, winning eight of nine and covering the spread in each one after a 17-0 home win over the visiting Seattle Seahawks. It was Seattle’s first shutout loss under quarterback Russell Wilson. The Packers really don’t have to worry about winning the division and can focus on getting the No. 1 seed in the NFC Playoffs. They are currently tied with the Arizona Cardinals entering Week 11. Packers quarterback Aaron Rodgers returned last week after missing Week 9 with Covid and was a little rusty in completing 23-of-37 passes for 292 yards, zero touchdowns and a pick.

Urgency is setting in for the Vikings, who really need to get on a run if they want to earn a postseason berth this year. After starting the year 1-3, Minnesota has won three of the next five and all but one of their games this year have been close. The Vikings are coming off a 27-20 win at the Los Angeles Chargers last Sunday to move to within one game of the NFC’s final playoff spot. While the Vikings have covered each of their last three on the road, home has been a different story. They destroyed the Seahawks in their home opener back in September, but have since failed to cover the spread in each of their last three, losing two of them outright. They have failed to cover seven of their last eight at U.S. Bank Stadium including a 43-34 loss to Green Bay last season.

Green Bay will be without its top running back for this week’s big game at Minnesota, as Aaron Jones is dealing with an MCL sprain sustained in last week’s win. Expect AJ Dillon to get most of the load and he’s filled in admirably. Dillon handled most of the offense last week, rushing for two fourth quarter touchdowns and 66 total yards and totaled 128 scrimmage yards. It was Green Bay’s first shutout win in three years. The Packers defense saved the day last week and they are one of the best in the league. Green Bay held Seattle to 208 total yards, limiting Wilson to no touchdowns and two interceptions. For the season, the Packers rank third in total defense, allowing 309.9 total yards per game and third in scoring defense (18.0). Quarterbacks are converting just 56% of their passes thrown to wide receivers against the Packers this season and have also been intercepted 10 times.

The Vikings kept their playoff hopes alive with the road win over the Chargers last week and are seeking their second winning streak of the season. Kirk Cousins threw for 294 yards and two touchdowns, while Dalvin Cook rushed for 94 yards and a score. Tyler Conklin caught both of Cousins’ touchdown and wideout Justin Jefferson recorded 143 receiving yards on nine catches. Minnesota is more than capable of putting up points, as they are ninth in the NFL in passing yards per game and have the lowest interception rate on offense in the league. Cousins has 2,434 passing yards and eight touchdowns with only two interceptions on the season. Cook has a team-high 648 rushing yards and three touchdowns in seven games, while Jefferson leads the receiving corps with 55 catches for 775 yards and four touchdowns. On defense, Minnesota’s pass rush can give Green Bay fits. The Vikings are No. 1 in the NFL with an 8.31% defensive sack rate. Minnesota also could get a boost on defense after veteran safety Harrison Smith was activated off the reserve/COVID-19 list this week.

This will be a tough one for Green Bay but I have to keep backing them until they lose. They have covered nine straight games and have won three of the last four against Minnesota. The Packers defense is underrated and will be the difference in this one.