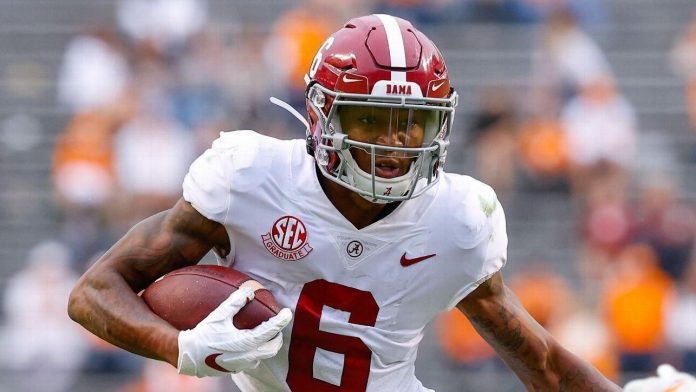 The Ohio State Buckeyes are used to being underdogs in College Football playoff games and and they will play in a familiar role versus the Alabama Crimson Tide on Monday night. The Buckeyes were 7.5-point underdogs to the Tide in a national semifinal game after the 2014 season, and won that game 42-35. They would then beat Oregon the next week and claim their last national championship. Ohio State went into last week’s semifinal game against Clemson as touchdown underdogs once again. With extra motivation from losing to the Tigers are year ago, and Clemson coach Dabo Swinney ranking them 11th in the coaches poll, the Buckeyes posted a 49-28 win. Ohio State’s 7-0 mark is impressive, but they have played five less games than 12-0 Alabama, who easily beat Notre Dame last week 31-14 and are seeking their first national title since January 2018 when they knocked off Georgia.

It appears both squads will be mostly healthy, but Alabama will be without center Landon Dickerson, who had a season-ending knee injury against Florida in the SEC Championship Game on Dec. 19. Wide receiver Jaylen Waddle, out since Oct. 24 with an ankle injury, is expected back. The question for the Buckeyes is the mid-body injury quarterback Justin Fields sustained in the second quarter vs. Clemson. Fields was able to finish the game and posted a career-high 385 yards and six touchdowns. The posted total of 75.5 is extremely high, but both teams posses dynamic offenses. The over is 4-1 in Ohio State’s last five games and Alabama has played to the over in seven of their 12 games this season.

The Buckeyes’ running game has been explosive, led by Trey Sermon, whose 524 yards in the past two games is an Ohio State record for consecutive games. The old record was set in 2015 of 476 by current Dallas Cowboy Ezekiel Elliott. Ohio State’s rushing attack is averaging 320.5 yards with 10 scores over the last four games. That includes running all over pretty solid defenses in Northwestern and Clemson. Ohio State was lucky to even get into the playoffs for not playing enough games, but the Big Ten changed the rule and gave the Buckeyes a ticket to the conference title game. That enabled voters to see one more game out of Ohio State before determining if they belonged. The Buckeyes put all the doubters to rest last week as Fields outplayed Lawrence in a showdown between future NFL lottery picks. Ohio State’s defense ranks second in the country versus the run (89.1), but 116th against the pass (280.7). The Buckeyes are 4-3 against the spread this season.

Alabama boasts several playmakers including Heisman Trophy winner DeVonta Smith at wide receiver and finalist Mac Jones at quarterback. In 12 games, Smith has 105 catches for 1,641 yards and 20 touchdowns, while Jones produced a school-record 4,036 passing yards while throwing 36 touchdowns against four interceptions. The Crimson Tide were 19.5-point favorites when they beat Notre Dame 31-14 and were on their way to covering the spread until a late touchdown gave the Irish a backdoor cover, dropping Alabama to 8-4 ATS this season. Jones had 297 passing yards and four touchdowns against Notre Dame and is the only qualified quarterback in the nation this season with a rating higher than 200 (203.3). Smith had 130 receiving yards and three touchdowns on seven catches versus the Irish. The Bama defense ranks 13th against the run (110.2) and 79th versus the pass (242.9).

Ohio State is still out to prove that they belonged in the playoffs. They showed that last week in a very impressive win over Clemson and now they meet Goliath. The Buckeyes offense is more than capable of winning this football game, so I will take the points. I’m predicting about a 3-4 point Alabama win.