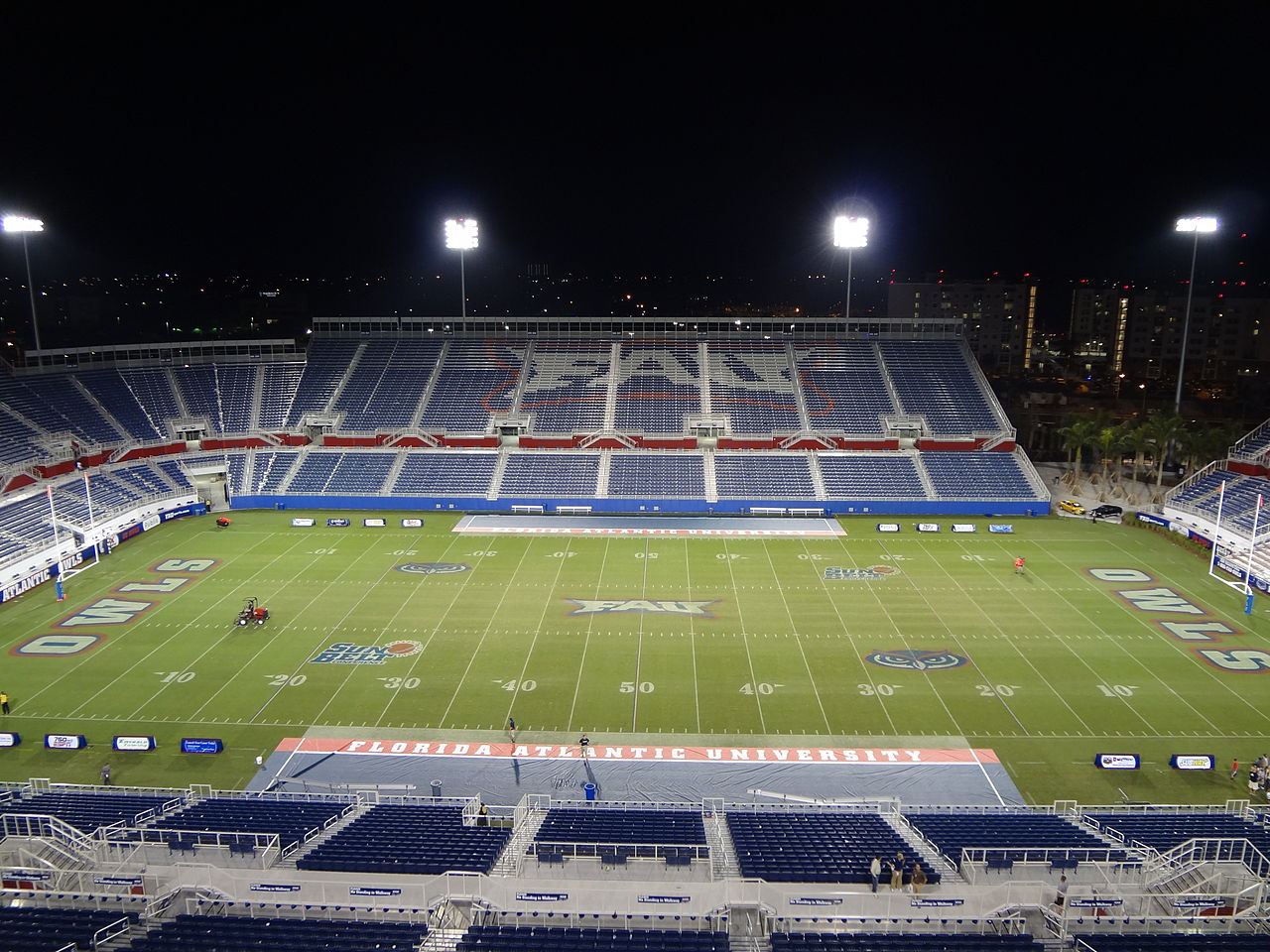 Two run-oriented offenses will take center stage as the only College Football game this Tuesday when the Northern Illinois Huskies battle the UAB Blazers in the 2018 Boca Raton Bowl from FAU Football Stadium. Both teams survived their respective conference championship games with the Huskies coming back from a big third quarter deficit to upend Buffalo in the MAC while UAB rebounded from a season-ending loss to Middle Tennessee State to beat the Blue Raiders for the Conference USA crown. UAB, which shut down its football program for two years starting in 2015, set a school record for wins with 10 with their win over Middle Tennessee State to qualify for its third-ever bowl appearance. Northern Illinois rallied from a 19-point, third-quarter deficit when Marcus Childers threw his fourth touchdown of the game 35 yards to D.J. Brown with 1:09 left to win its fifth conference title overall. The Huskies have dropped all four Bowl games (0-4 ATS) under head coach Rod Carey including a 52-23 loss to Marshall in the first ever Boca Raton Bowl in 2014. Both teams posses very solid defenses with Northern Illinois allowing 21.5 points per game (26th in FBS) and 2.7 yards per carry while UAB ranks 10th in points allowed (17.3) and total defense (300.2). The Huskies lead the nation in sacks (50) and rank sixth in tackles for loss (8.0 per game), but the Blazers are right behind them, ranking fourth in sacks (43) and fifth in tackles for loss (8.1) while recording three shutouts and holding another three opponents to under 10 points.

A shoulder injury has forced UAB senior quarterback A.J. Erdely (56.1% 1,539 yards, seven TDs, seven interceptions) to the bench while backup Tyler Johnson III (56.8%, 950 yards, seven TDs, eight interceptions) has taken over. His best game might have been in a loss to Texas A&M (306 yards and two touchdowns), but was a very efficient 9-of-15 for 140 yards with a TD in the conference title game. Sophomore running back Spencer Brown ran for 156 yards and a touchdown in the title game and has 1,149 yards for the season with a school-record 16 touchdowns. Brown has 2,481 yards in his two-year career – ninth most in FBS – and needs 340 yards to become UAB’s all-time leading rusher. The defensive unit is led by Jamell Garcia-Williams, who led the team in both sacks (9.5) and tackles for loss (15.5), ranking him third and sixth, respectively, in Conference USA. Linebacker Chris Woolbright was the team’s leading tackler with 74.

Childers needed to step up in the MAC Championship Game with his team in a big hole, and he did just that by completing 21-of-33 for 300 yards and four TDs while also leading the team with 58 yards on the ground. Childers completed just 57.6 percent of his passes for 1,996 yards with 15 touchdowns and 10 interceptions on the season. Running back Tre Harbison rushed for 985 yards for an offense that averaged 171 yards per game on the ground and is followed by Marcus Jones (523 yards, 5.6 per carry) and Childers (496 yards, 6 TDs). Wideout D.J. Brown caught 55 passes for 484 yards and a team-high five touchdowns. Leading tackler Antonio Jones-Davis (119) also added four sacks and 13.5 tackles for loss.

This should be a very low scoring game with the way the offenses work and the fact we’ll be looking at two very formidable defenses. Northern Illinois really stumbled down the stretch and almost lost their third in a row before a big comeback (or collapse by Buffalo). UAB is looking to cap off their best season ever with their very first Bowl victory. I think UAB has just enough offense to get past the Huskies in this one.