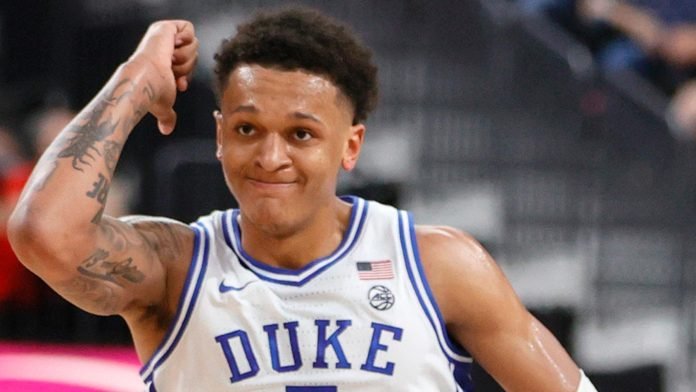 The most historic rivalry in College Basketball continues this weekend on the biggest stage. The Duke Blue Devils and North Carolina Tar Heels have met 257 times since 1920, but never in the NCAA Tournament. The two will tangle on Saturday night in New Orleans in the Final Four semifinals at 8:49 ET on CBS. Duke has remained fairly steady as 4-point favorites in this contest with a high total of 151. North Carolina has won 10 of their last 11 games, while defeating No. 9 Marquette, No. 1 Baylor, No. 4 UCLA and No. 15 Saint Peter’s in this year’s tournament. They are 8-1 ATS in their last nine games and have covered all four tournament contests. The Tar Heels are in the Final Four for the third time in six NCAA Tournament years and 21st overall. UNC won the 2017 National Championship.

Duke is returning to the Final Four for the first time since their own last national championship winning season in 2015. This is the Blue Devils’ 17th Final Four and coach K’s record 13th appearance. Duke comes in with 13 wins in their last 15 games and reached the Final Four by defeating No. 15 Cal State Fullerton, No. 7 Michigan State, No. 3 Texas Tech and No. 4 Arkansas. They have covered each of their last three games after going 0-5 ATS in the previous five. The total has gone Over in eight of the Blue Devils’ last 10 games, including two in this tournament. These ACC rivals met twice this season with Duke winning 87-67 in Chapel Hill on Feb. 5, but the Tar Heels got their revenge on March 5 by spoiling Mike Krzyzewski’s final career regular season game 94-81 as 11-point road underdogs.

The Tar Heels put an end to St. Peter’s historic run, cruising to a 69-49 victory in the Elite Eight. Armando Bacot finished with 20 points and 22 rebounds and averages team-highs in points per game (16.5), rebounds (12.8) and blocks (1.7). Bacot also recorded 23 points and seven rebounds against Duke on March 5. Caleb Love scored 30 points in the Tar Heels’ win over UCLA in the Sweet 16, while R.J. Davis had 30 in the second round upset of No. 1 seed Baylor. North Carolina has led by double-digits before halftime in three of four tournament games and rank sixth in the nation in rebounding. They have yet to allow an opponent to record a better effective field goal percentage over 50 percent.

A couple of freshmen led the way for Duke in the Elite Eight as AJ Griffin finished with 18 points and Pablo Banchero had 15 and seven rebounds. Sophomore center Mark Williams added 12 points and 12 boards. Banchero is averaging team-highs in both points (17.1) and rebounds (7.7). Duke averages 80.1 ppg and ranks No. 1 in offensive efficiency rankings. The Blue Devils have scored at least 78 points in nine of their last 10 games. Jeremy Roach, who was moved into the starting lineup at the beginning of the tournament, scored 15 points in each win over Michigan State and Texas Tech. In four games so far this tournament, Duke has made 39.1 percent of their shots from 3-point range, while holding their opponents to just 42 percent shooting from the floor.

I like the Tar Heels in this matchup. They have looked the best out of all teams remaining in this tournament and they rebound the ball as good as any team. Carolina has been getting off to hot starts lately and I don’t know if Duke can shoot well enough to come back.