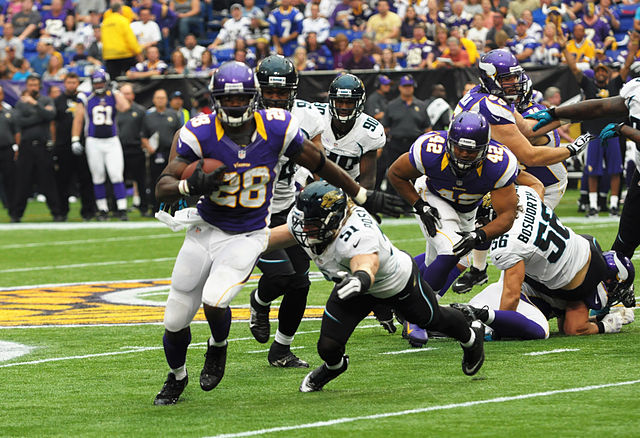 With a history of injuries and suspensions, you would think that Le’Veon Bell would be a longshot to lead the league in rushing yards this season. That hasn’t shied the bookmakers away from making him the +300 favorite in 2017-18. Of course, if he plays a full 16 game schedule, the odds are definitely in his favor as he could be the best running back in the league. He is the slight favorite over Ezekiel Elliott of the Dallas Cowboys (+350), but those odds could change based on the fact that Elliott is now under investigation for a few problems off the field.

Last season, Bell was suspended for the first three games due to a violation of the league’s substance abuse policy, although he still finished with 1,268 yards to rank fifth overall. Elliott took the rushing crown as a rookie for the Cowboys with 1,631 while fellow first-year player Jordan Howard (1,313) of the Chicago Bears was second. Howard figures to get an even bigger workload in 2017 since the Bears are breaking in a new starting quarterback and no longer have wide receiver Alshon Jeffery as a go-to weapon. He is listed at +1200 along with DeMarco Murray, who had a solid season with the Tennessee Titans last year.

Murray rebounded from a disappointing campaign with the Philadelphia Eagles by rushing for 1,287 yards after getting traded to the Titans. He won the 2014 rushing title with a career-high 1,845 yards for Dallas. Murray never really got involved in Chip Kelly’s offense in Philly and probably regrets ever leaving the Cowboys.

Just head of Howard and Murray is David Johnson of the Arizona Cardinals at +1000. Johnson ranked seventh in the NFL last season with 1,239 rushing yards. He also scored a career-high 20 touchdowns (16 rushing and four receiving), ranking first in total points for non-kickers and tied for 14th overall.

Jay Ajayi of the Miami Dolphins is also high on the list at +1600 following a breakthrough season a year ago. Ajayi rushed for 1,272 yards under first-year head coach Adam Gase after totaling just 187 as a rookie. The former Boise State star has an injury history, which may limit the number of tickets printed for him.

Three more players who have an outside shot are LeSean McCoy of the Buffalo Bills, Melvin Gordon of the Los Angeles Chargers and Todd Gurley of the Los Angeles Rams. All are listed at +2000, with McCoy previously winning the 2013 rushing title for the Philadelphia Eagles. Three-time rushing champ Adrian Peterson (2008, 2012 and 2015) is a +5000 long shot to do it again in his first year with the New Orleans Saints.

Jay Cooper - November 28, 2021
The premier online sportsbook in the world is currently offering a $750 bonus to bet on sports. Not just football, but anything you want....