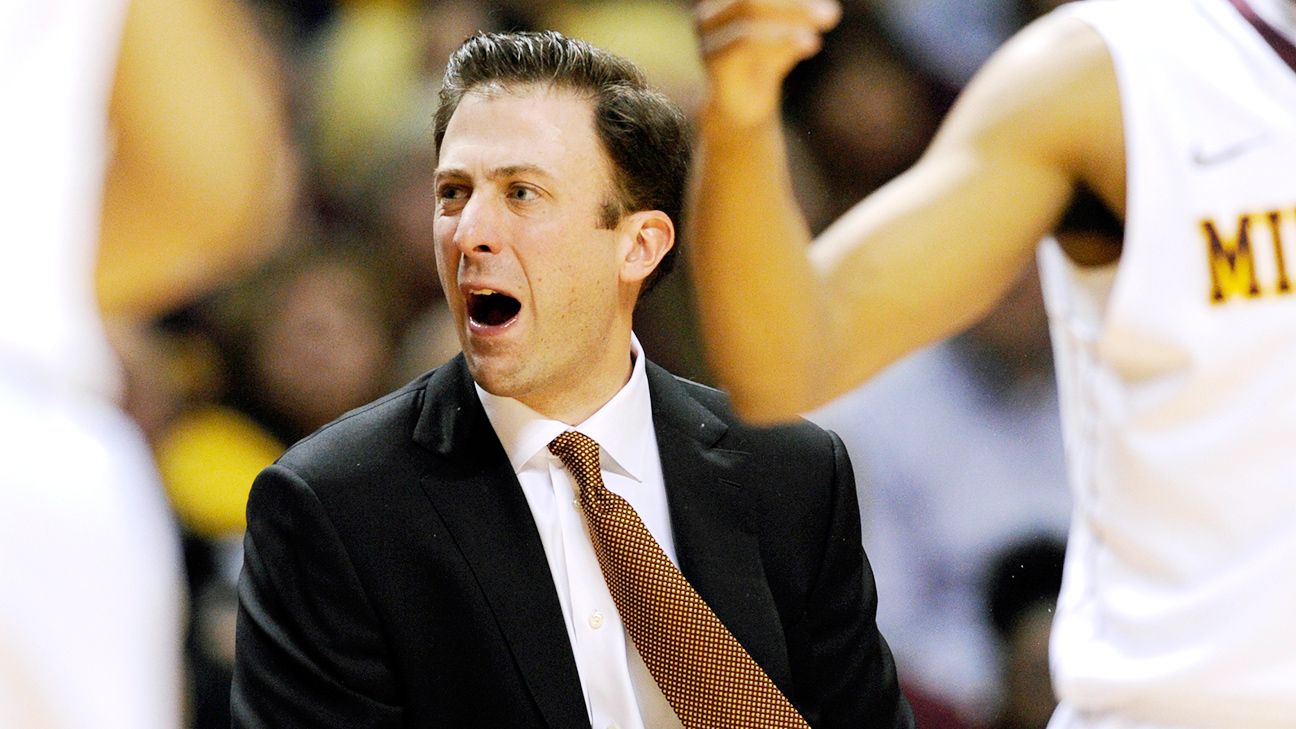 The Minnesota Golden Gophers and Providence Friars will matchup for just the third time in their history when they take the court on Monday night as part of the Gavitt Tipoff Games between teams from the Big Ten and Big East. Minnesota coach Richard Pitino returns to his alma mater with his 15th-ranked Golden Gophers, who graduated from Providence in 2005. Minnesota has most of its key players back from a team that won 24 games last season, and scored 92 points in a season opening win over South Carolina Upstate. Providence put up 84 on Houston Baptist in winning their first game on Friday and are seeking a fifth straight NCAA Tournament berth. Junior forward Jordan Murphy recorded a career-high 35 points and grabbed 15 rebounds in the Golden Gophers’ 15-point win on Friday. Providence used a balance attack in beating Houston Baptist and received a double-double from senior point guard Kyron Cartwright, who had 10 points and 10 assists. The Friars were without two of last season’s double-figure scorers in the opener due to injuries, but senior guard Jalen Lindsey (knee) could be back soon.

Murphy no only made 13-of-22 from the field in his career-best effort, he was a monster on the glass with nine offensive rebounds Friday. Senior center Reggie Lynch also had a double-double in the opener with 15 points and 10 boards while senior guard Nate Mason chipped in with 11 points and four assists. Highly-touted freshman point guard from New York City Isaiah Washington, struggled in his debut, going 1-of-9 from the field (1-for-7 from 3-point range), but did record five assists. Guard Amir Coffey, who averaged 12.2 points as a freshman, looks to rebound from a 2-for-7 shooting effort in the opener.

Sophomore guard Maliek White came off the bench to record 13 points on 5-of-7 shooting in 18 minutes Friday and feels very comfortable in that role. “That definitely fits me,” White told the Providence Journal. “I like to be an energy guy and play fast.” Junior guard Isaiah Jackson chipped in with 11 points and hit 3-of-4 from 3-point range in the opener while last season’s leading scorer, senior forward Rodney Bullock (15.7) was held to seven points and six boards. Senior forward Emmitt Holt, who averaged 12.5 points last season, is out indefinitely due to an abdomen injury.

I really like both of these teams. They have a lot of veteran experience and both should compete for the respective conference titles. Holt being out for Providence hurts this team a little when playing higher-tier competition like Minnesota. I expect a close game throughout, so I’ll take the points.