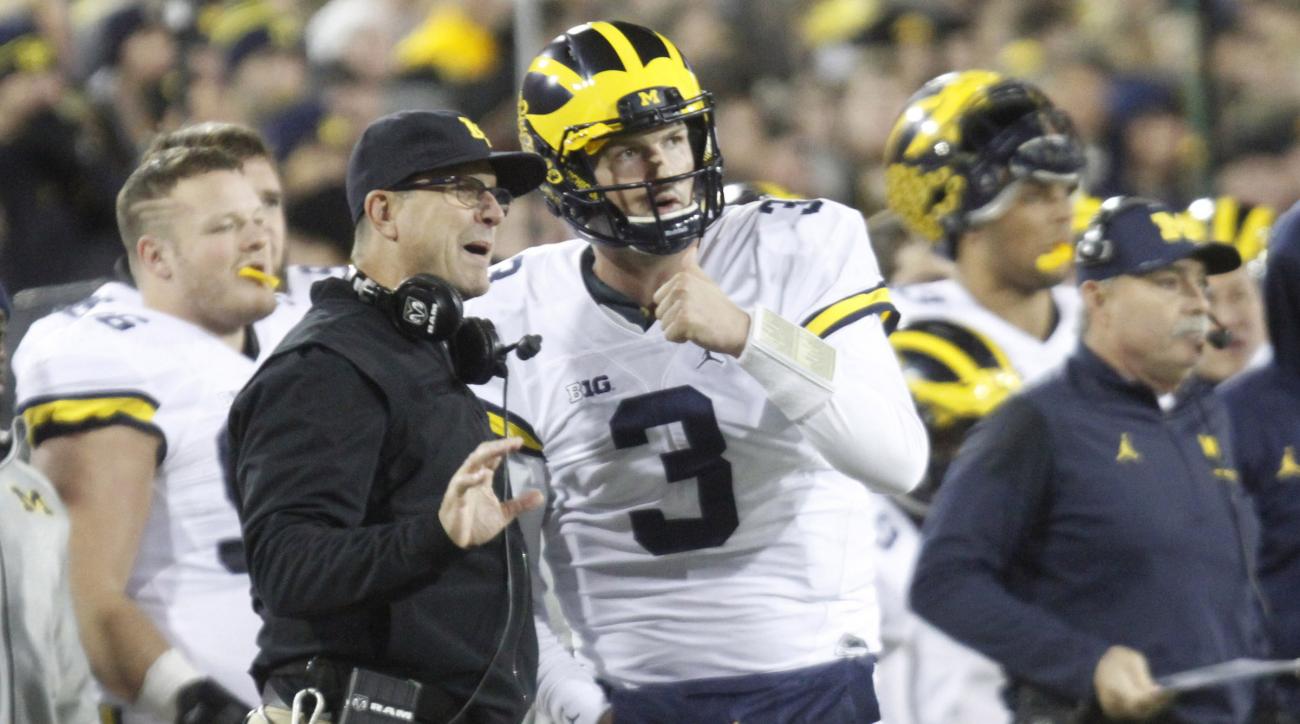 The Michigan Wolverines and Florida Gators will battle in what is a huge early-season resume-building game at AT&T Stadium in Arlington, Texas on Saturday afternoon. The winner of this AdvoCare Classic has gone on to the College Football Playoff three consecutive seasons. Jim Harbaugh has guided the Wolverines to two straight 10-win seasons, while Jim McElwain has led the Gators to back-to-back SEC East Division titles. Michigan has won all three meetings with Florida, including a 41-7 thumping in the 2016 Citrus Bowl, but the Gators have not lost a season opener since 1989 (27 straight). Michigan opened as 5-point favorites and the line has been steady with the Wolverines receiving 56% of the public betting. The under was hit by the sharps early, going from 48 to 43.

Michigan looks to reload after having a school-record 11 players selected in the 2017 NFL Draft and will count on a number of highly-touted underclassmen, including defensive end Rashan Gary, who was named to the AP Preseason All-America team. Senior quarterback Wilton Speight beat-out sophomore Brandon Peters to keep the starting job and is coming off a solid season in which he threw for 2,538 yards and 18 touchdowns last season. It will be running back by committee as Chris Evans looks to build off a nice freshman campaign which saw him rush for 614 yards and four touchdowns. Karan Higdon and former five-star recruit Ty Isaac will also see a lot of action. Defensive coordinator Don Brown will have to replace 10 starters from a unit which ranked in the top five nationally of almost every major category but bring back one of the nation’s most dominant defensive lines led by Gary and potential NFL first-round pick Maurice Hurst. Michigan, who are 16-3-1 in 20 regular-season games against SEC opponents, will host Cincinnati next week.

Florida has not named a starter for their opener and McElwain admitted that he may use three different guys against the Wolverines, as he looks for someone to step up and jump-start an offense that ranked 107th in FBS in points per game (23.9) last season. Malik Zaire was expected to step in and win the starting job after transferring from Notre Dame but has failed to master the playbook, opening the door for last season’s starter Luke Del Rio and highly-touted freshman Feleipe Franks. Junior running back Jordan Scarlett was expected to see the bulk of the carries this season after he ran for 889 yards and six touchdowns in 2016, but the school announced Wednesday he will join a list of nine other players who are suspended for at least one game. One of the other nine suspended players is wide receiver Antonio Callaway, who led the Gators in receptions (54) and receiving yards (721), while freshman wideout Kemore Gamble is “highly questionable” with a leg injury. Florida has five starters returning on defense including leading tackler Marcell Harris.

Michigan’s defense may have been the best in the country last season as far as yards allowed, but they’ll have a lot of new guys on that unit. Florida was ranked fifth nationally last year on defense and returns five key starters. I’m thinking Del Rio gets the bulk of the snaps behind center for Florida, but shuffling the other two in and out could cause problems for Michigan. Florida’s defense is so good, that it will keep them close in this game. I’ll take the points.