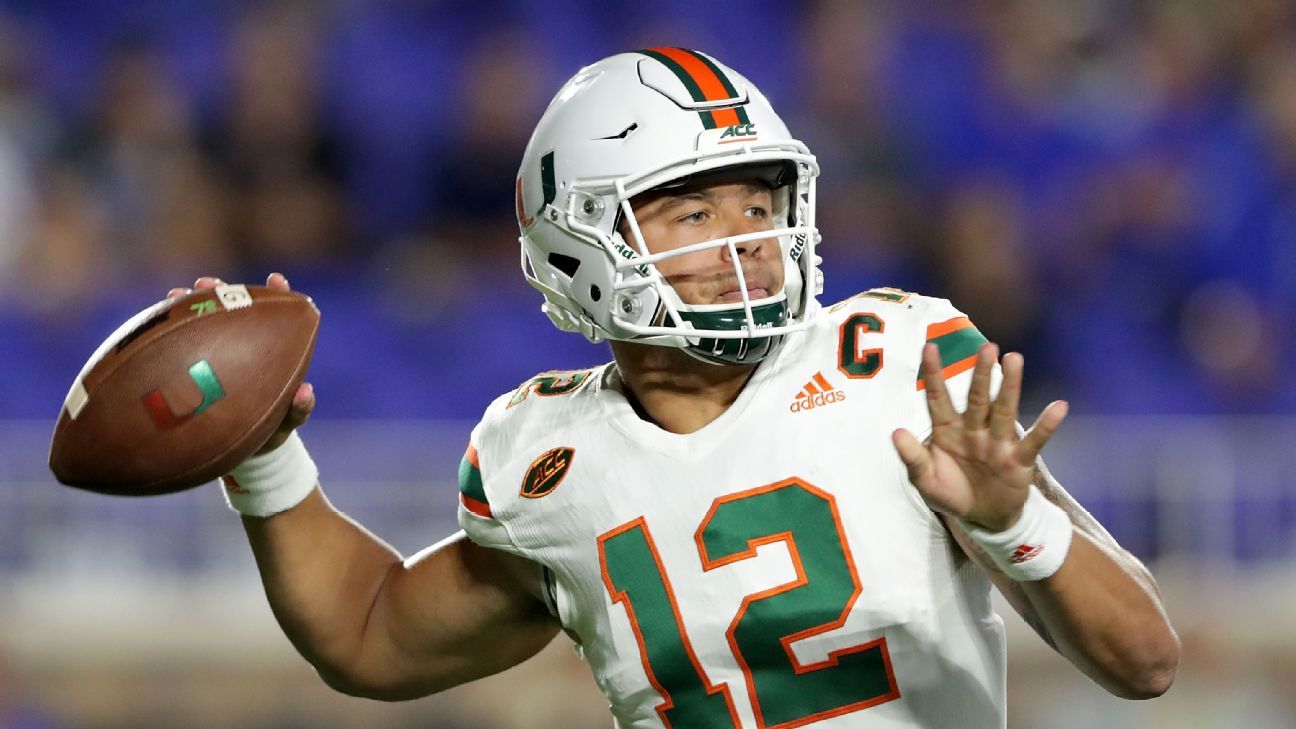 Sunday night’s in Arlington, Texas are usually reserved for big Dallas Cowboys’ games in the NFL, but for one night, the Miami Hurricanes and Louisiana State Tigers will take over Jerry’s World in the 2018 season opener for both teams.  The Hurricanes were enjoying a magical 2017 season, racing out to a 10-0 start, before disaster struck. Miami stumbled in a game at Pitt after clinching the ACC Coastal Division, then was walloped by Clemson in the conference championship game 38-3. The ‘Canes then put up a fight in the Orange Bowl, only to lose 34-24 against Wisconsin. Optimism is high in Coral Gables this season with a very easy schedule after this date with LSU, who are looking to build upon a 9-4 campaign. Tigers’ head coach Ed Orgeron will head into his third season in Baton Rouge with his butt clearly on the hot seat. He finished strong in 2017 – 6-2 last 8 – after a sluggish start, and will have to break in some new starters on both sides of the ball. LSU brings back just five on offense including a different starting quarterback for the 16th time in the last 21 seasons. Orgeron won two national titles as a University of Miami assistant from 1988 to 1992. LSU leads the all-time series with Miami 9-3 with the most recent meeting coming in the 2005 Peach Bowl – a 40-3 Tigers victory.

The Hurricanes finally get the benefit of a veteran returning quarterback in Malik Rosier, who passed for 3,120 yards and rumbled for another 468 while setting the school single-season record for total touchdowns (31). Rosier is not coming in with a lot of confidence, however, as he was partly responsible for the late-season collapse with five interceptions and a 44.9 completion percentage. His receiving corps will be bolstered by the return to health of Ahmmon Richards, who caught 49 passes as a freshman two years ago, but had injury issues last season that kept him from a full season. Running back Travis Homer (966 yards rushing in 2017) is back as the team’s leading rusher. The Canes defense will bring back the turnover chain – 11 of the 16 players who wore it in 2017 return – as a very aggressive unit that is led by preseason All-American safety Jaquan Johnson (four interceptions, two fumble recoveries).

The Tigers have a lot of work to prove on offense with new coordinator Steve Ensminger’s more pass-oriented offense, going with graduate transfer Joe Burrow from Ohio State, making his first college start, winning the job over sophomore Myles Brennan. Senior Nick Brossette finally gets his chance at running back after making just one start for the Tigers, replacing star back Derrius Guice (1,284 yards, 11 TDs). The defense, which allowed just 18.9 points and 316 yards per game last year, brings back just five, but they are a talented five led by a pair of preseason first team All-Americans – junior linebacker Devin White and sophomore cornerback Greedy Williams.

I think this is going to be a tough year in Baton Rouge for Orgeron. The offense will be very inexperienced to start the season and this is not a team you want to be facing when breaking in a new scheme. The Hurricanes will have a field day on defense and Rosier will lead the Canes to an easy win here.