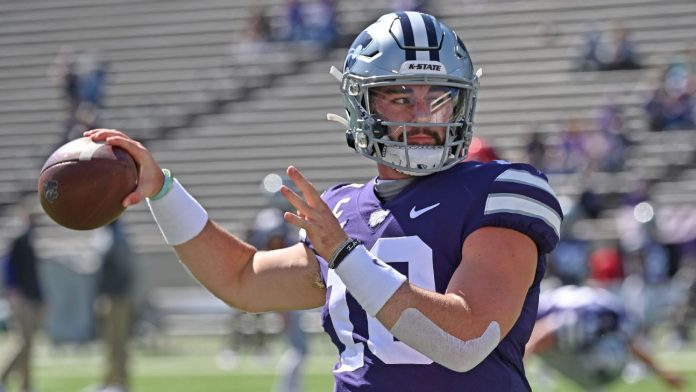 The final bowl game of the season is upon us before the big championship game next Monday between Alabama and Georgia. Fellow SEC team LSU will be playing in the Texas Bowl this coming Tuesday against the Kansas State Wildcats from Houston. It’s been a rough season in Baton Rouge with not only their play on the field, but the school also let head coach Ed Orgeron go at the end of the regular season. The Tigers immediately swept up Brian Kelly from Notre Dame, but he’s busy putting together a staff and recruiting. Offensive line coach Brad Davis will serve as the head man against Kansas State and hasn’t announced who the starting quarterback will be. Starter Max Johnson has transferred to Texas A&M, and LSU has yet to reveal the NCAA’s ruling on the team’s appeal for freshman Garrett Nussmeier. There are some questions that he will lose his redshirt season if he plays on Tuesday. LSU’s other options are two walk-ons and a senior wide receiver.

With the quarterback questions, Kansas State has become the betting favorite after opening as 2.5-point underdogs. The Wildcats are now an enormous 7-point favorite with a total of 47.5. K-State won seven games this season, but couldn’t beat the top teams in the Big 12, losing to all five teams above them. The Wildcats have avoided any opt-outs as the seniors try and go out with a win for third-year coach Chris Klieman. The Wildcats failed to make a bowl game last year after losing the 2019 Liberty Bowl to Navy. Sixth-year senior quarterback Skylar Thompson suffered a leg injury late in the season, but appears he will play in his final game.

LSU was in danger of missing out on the bowl season when they lost three games in a row to Arkansas, Ole Miss and Alabama. But, they turned it around by winning their final two games against UL Monroe and the then-no. 15 Texas A&M Aggies – both at home. The Tigers are a discipline team if anything else, committing only 32.0 penalty yards per game. If Nussmeier sits this one out, LSU can go with walk-on Matt O’Dowd or senior wide receiver Jontre Kirklin, who was a dual-threat quarterback in high school. They also have another walk-on freshman in Tavion Faulk. LSU also will be without two of its top defensive players – linebacker Damone Clark and defensive lineman Neil Farrell Jr. – who have opted to turn pro.

Thompson was injured in the Wildcats’ final game of the season, a 22-17 road loss at Texas. The five-week layoff should give him plenty of time to recoup and he’ll most likely be under center to start the game. The Wildcats finished the regular season averaging 25.9 points per game. The rushing attack is led by Deuce Vaughn, who recorded 1,258 rushing yards and 15 touchdowns while averaging 5.9 yards per carry in 2021. The defense is a solid unit that allowed only 20.9 points a game – good for 19th in the nation. Kansas State is 4-1 ATS in its last 5 neutral site games as a favorite.

I picked Kansas State in the bowl pools I entered, but that’s when the line was 2.5. LSU is getting zero respect from the public, but they still have enough talent to keep this close.