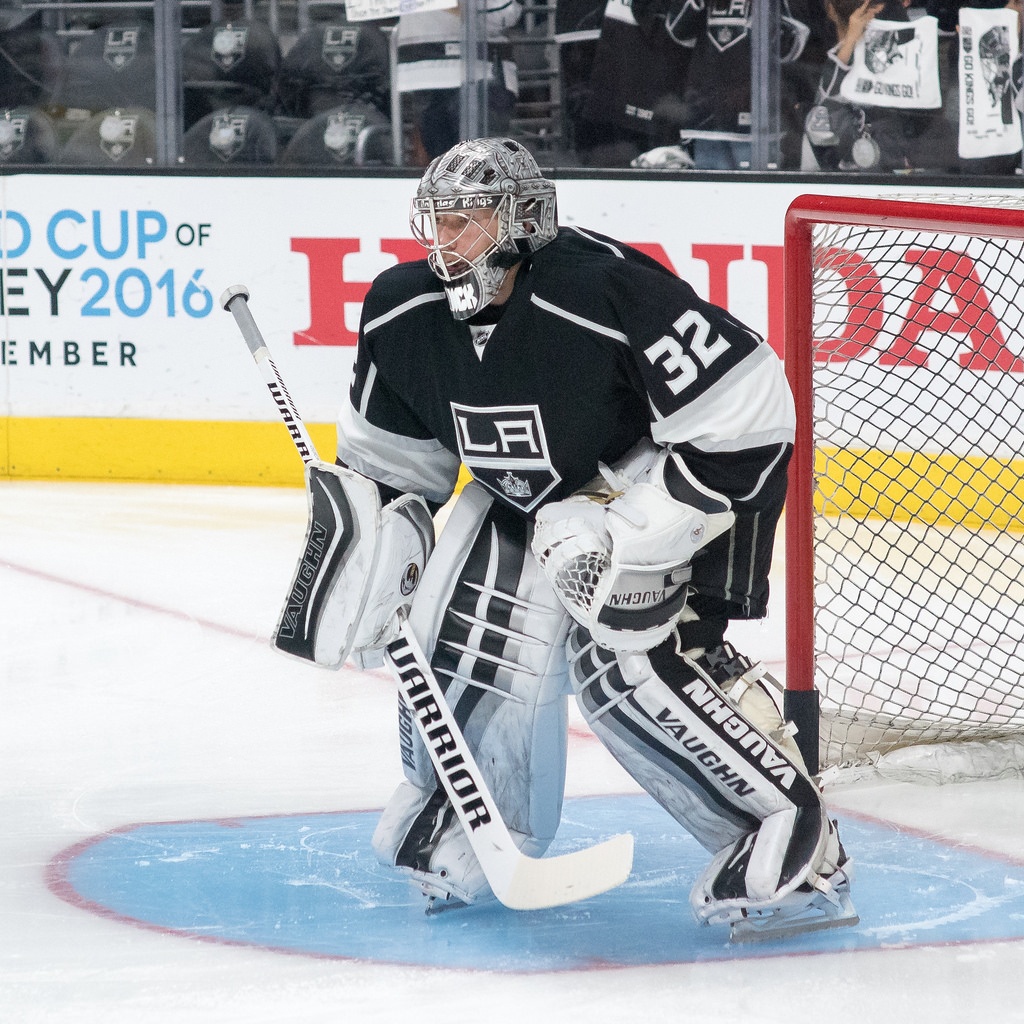 The Los Angeles Kings currently own the final spot in the Western Conference playoff race, but there’s not a lot of room for error as three teams are on their tails as we approach the end of the regular season. Los Angeles, which trails Anaheim by two points for third in the Pacific, is kicking off a four-game road trip against the Minnesota Wild on Monday night after playing seven of their last eight at Staples Center. The Kings came up empty at home on Saturday as they were blanked 3-0 by New Jersey to finish 21-10-1 against the Eastern Conference this season. Los Angeles’ fourth shutout loss of the season also ended the six-game point streak of captain Anze Kopitar, who recorded two goals and eight assists during the run and leads the team with 80 points. Minnesota, which is three points ahead of Colorado for third place in the Central, is coming off road victories over Vegas and Arizona on Friday and Saturday. Goalie Devan Dubnyk made 30 saves en route to his 200th career win while Eric Staal netted his team-leading 38th goal to move closer to his third 40-goal season and first since 2008-09 while with Carolina. The victory also marked the 499th for head coach Bruce Boudreau.

Kopitar is one point away from matching a career high 81 points he set in 2009-10 and one goal shy of his third 30-goal season. Defenseman Drew Doughty also saw his point streak come to an end Saturday as he had recorded a goal and six assists over his previous four games. Doughty has been a workhorse, logging at least 30 minutes of ice time on 11 occasions this season, including seven regulation contests. Dustin Brown is having a strong bounce back season as he has reached the 20-goal mark for the first time since scoring 22 in 2011-12 and needs two points to hit 50 for the first time since that same season.

Center Charlie Coyle carries a six-game point streak into Monday’s matchup with Los Angeles and has recorded three goals and four assists during the streak and has points in 10 of his last 14 games. Nino Niederreiter scored goal number 17 on the season Saturday, moving him closer to his fourth consecutive 20-goal season. Defenseman Matt Dumba, who appeared in his 300th NHL game on Saturday, needs one goal to set a new career high of 12.

The Kings have been one of the better road teams this season, but Minnesota has the least amount of home losses (six) of any team in the league. L.A. goalie Jonathan Quick hasn’t played a road game in exactly a month. Look for the Wild to get at least three goals in the victory.