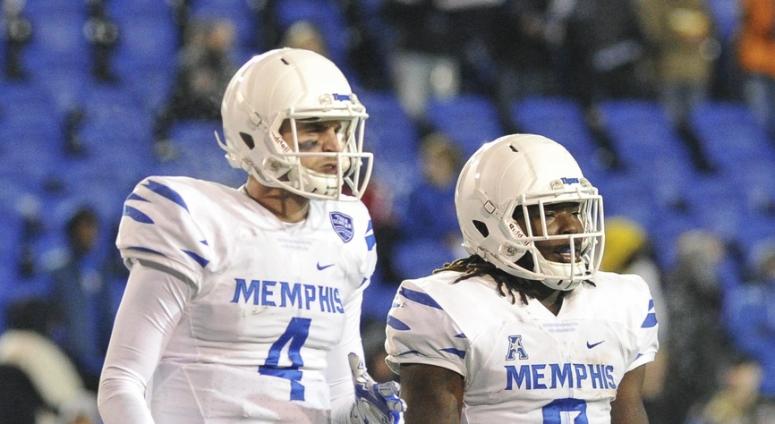 The Memphis Tigers, who were slowed by the weather last week, will try and get the offense going against the Georgia State Panthers when they meet on Friday night at the Liberty Bowl. The Tigers began their AAC schedule with Navy last week and couldn’t get their offense on track in pouring rain last week, and four turnovers and 13 points allowed in the fourth quarter resulted in a 22-21 setback. The Tigers held the ball for only 17 minutes, 13 seconds against the run-first Navy offense, but did have a bright spot come out of it. Running back Darrell Henderson compiled 212 yards and three touchdowns on only 13 carries and is averaging 13.1 yards per carry through two games, tops in FBS, after finishing second in the nation last season (8.9). Georgia State opened the season with a 24-20 win over Kennesaw State, but were shredded through the air last week, giving up 370 passing yards in a 41-7 loss at North Carolina State. Only five starters return from a Panthers defense that also allowed 56 points at Penn State last season. The Tigers have won 13 of their last 15 games at home, where they are 23-4 since 2014.

Junior-college transfer quarterback Dan Ellington’s production declined in the loss to N.C. State, after throwing three touchdowns and completing 71.4% in Week 1. He converted on 15-of-28 passes for 194 yards and no interceptions against the Wolfpack. His top target is wide receiver Penny Hart, who ranks first among active FBS receivers in career yards per game (82.1) and third in touchdown receptions (18). You’ll probably see the punt team a few times in this game, and Georgia State has one of the best in Brandon Wright, who leads the nation with an average of 55 yards. The Panthers will be home to Western Michigan next week.

Arizona State transfer quarterback Brady White leads the pro-style Memphis offense, but couldn’t get much going last week in rain. After throwing for 358 yards and five touchdowns in Week 1 against Mercer, White regressed to 145 yards and an interception last week. The defense has played well through two games, especially the secondary, which is allowing just 83 yards per contest through the air – good for fourth nationally. Cornerback T.J. Carter is one reason for that. He recorded five interceptions last year and already has returned one for a touchdown and forced a fumble over his first two games.

Georgia State wasn’t bad last year, but they lost a lot of players to graduation and really struggled last week against a so-so Power 5 school. This Memphis team can rack-up the points in a hurry, and I can’t see the Panthers’ offense being able to keep up.