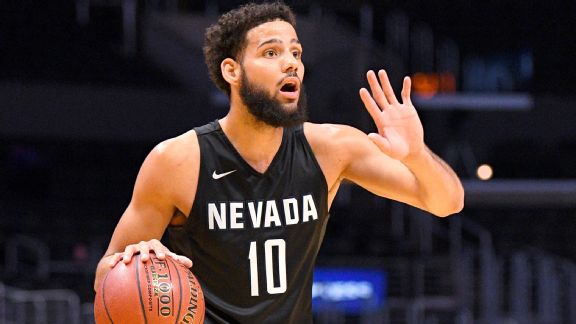 The Florida Gators have won at least one NCAA Tournament game in their last six appearances, but that streak will be tested in their first round game Thursday versus the Nevada Wolf Pack from Des Moines, Iowa. The Gators are dancing for the third straight season, but their No. 10 seed is the lowest for the school since 1985 (22 appearances). Florida finished right in the middle of the SEC this season (9-9) but stumbled down the stretch, losing their last three regular season games before beating Arkansas and LSU in the conference tournament, then coming up just short against the eventually SEC champion Auburn Tigers last Saturday. The Wolf Pack are coming off a magical run in last year’s tournament, rallying from double-digits down in each of their first two games before losing to Loyola Chicago in the Elite Eight 69-68. Nevada earned the No. 1 seed in the Mountain West Conference Tournament thanks to a 24-1 start to the season, but fell to San Diego State in the semifinals 65-56. The winner will likely face No. 2 seed Michigan in the second round, who plays No. 15 Bradley on Thursday.

The Gators are a defensive-minded team behind coach Mike White, who took over for Billy Donovan four years ago and has led Florida to three-straight NCAA Tournament appearances. The Gators allow just 63.6 points a game, ranking 21st in the country, but the offense has trouble scoring at times. Florida ranks 282nd in scoring (68.3), 273rd in field goal percentage (42.7), and 231st in 3-point shooting (33.5 percent). Guard KeVaughn Allen (12 points per game) is the only double-digit scorer on the team and shoots only 32.8 percent from long range. Noah Locke (9.6) and Jalen Hudson (9.0) are next, while Kevarrius Hayes (8.1) leads the team in rebounding at 6.3 per contest.

I just can’t take teams that don’t shoot well, like Florida, against a squad that has lots of experience – and success – in this tournament. Nevada is the real deal and they don’t turn the ball over, something Florida likes to force. As long as the Wolf Pack limit their mistakes, they should win easily. They are better than a No. 7 seed.