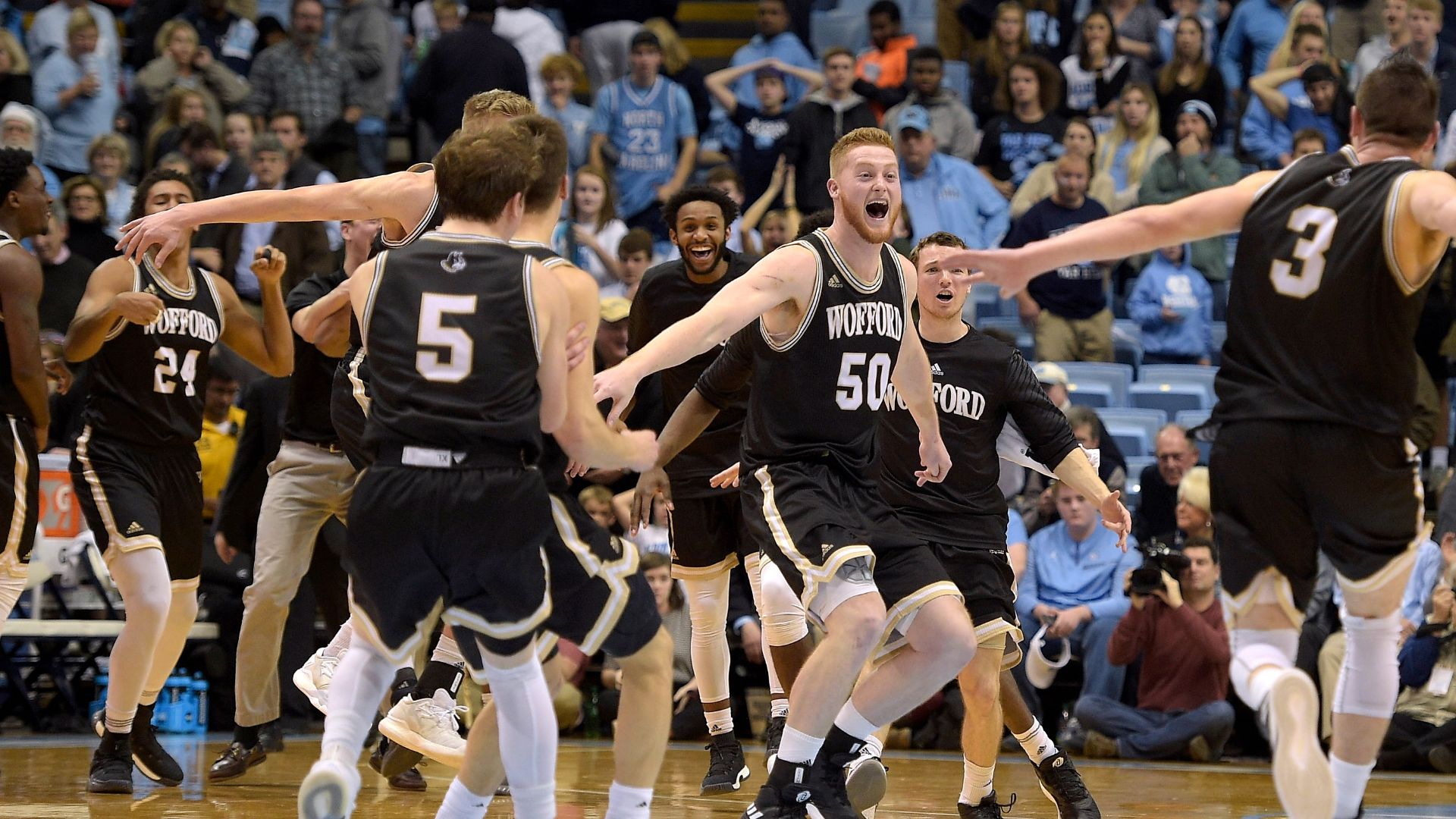 The Wofford Terriers have never won an NCAA Tournament game in four all-time appearances, but will actually be the favorites this time around when they battle the 10th-seeded Seton Hall Pirates in first round action Thursday night in Jacksonville, Florida. Wofford had a terrific season with a 29-4 mark and a Southern Conference Tournament title after a perfect 18-0 season to earn a very respectable No. 7 seed by the committee. Three of their four losses came on the road to fellow NCAA Tournament teams in North Carolina, Mississippi State, and Kansas and the Terriers have not lost a game since December 19th. Seton Hall finished 9-9 in the Big East, but impressed the committee by getting all the way to the conference tournament finals, losing 74-72 to Villanova. The Pirates are dancing for the fourth straight season and beat North Carolina State as a No. 8 seed in last year’s tournament. Seton Hall forward Michael Nzei will be the just the third player in school history to play in the NCAA Tournament in four consecutive years. The winner will most likely get Kentucky on Saturday, who plays Abilene Christian earlier in the day.

The Pirates have just two double-digit scorers and one of them is star guard Myles Powell (22.9 points), who averaged 26 points and 4.7 assists in the Big East Tournament. Guard Myles Cale is second on the team at 10.3 points per game but is just a 66 percent free throw shooter. Forward Sandro Mamukelashvili is the leading rebounder at 7.6, while point guard Quincy McKnight (9.6 points, four assists) boasts 53 steals on the season, but also 84 turnovers. Seton Hall is one of the worst three-point shooting teams in the country at 32.4 percent.

The Terriers boast a terrific scoring offense at 83.0 points per game and the second-ranked three-point shooting squad at 41.6 percent. Guard Fletcher Magee (20.5 points) is set to become the all-time Division I leader in 3-pointers made with three more on Thursday. He leads the nation in both 3-point field goals made (151) and 3-pointers per game (4.58), while ranking sixth in free-throw percentage (90.7). Backcourt mate Nathan Hoover (13.3 points) shoots 45.7 percent from long range, and forward Cameron Jackson (14.6, 7.5 rebounds) is the leader in the paint. Wofford defends the three-point well also, ranking 67th in the nation at 32.2 percent and allow the fewest rebounds to an opponent per game (26.8).

The only reason this line isn’t higher is because it’s the Southern Conference versus the Big East. This Wofford team is no joke. They can score and are not too shabby on the defensive end as well. Seton Hall is not a very good shooting team – especially from beyond the arc – and that will be the difference here.