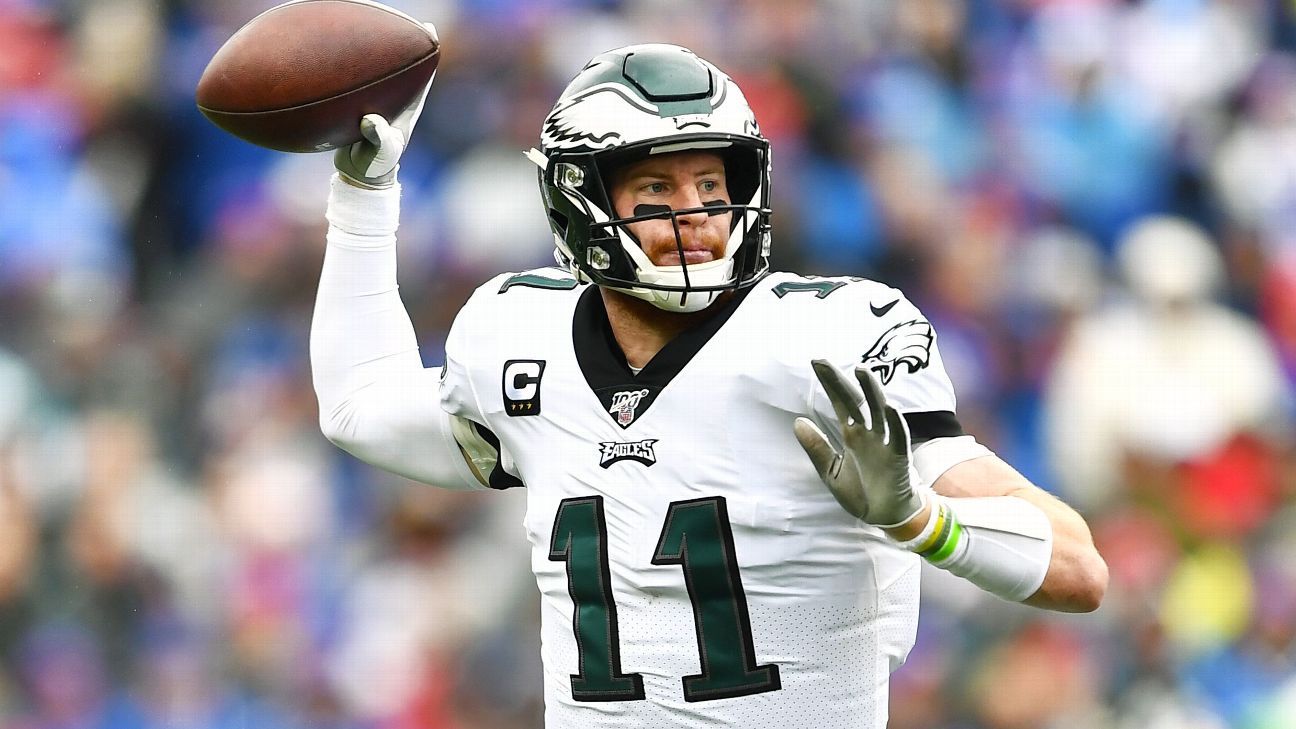 The team without a nickname will open their 2020 season on Sunday, as the Washington Football Team hosts the Philadelphia Eagles in an NFC East clash. The Eagles opened up as touchdown favorites and the line has inched down to 5.5 as of Thursday morning. This marks the seventh straight time Philadelphia has been favored in the head-to-head series and the Eagles have proven why. Philadelphia has gone a perfect 6-0 SU and 5-1 ATS over that span, with five of those wins coming by double digits. The total for this game has come down to 42.5 after starting at 45. Both of the meetings in 2019 went way over the total and the Over is 6-3 in the last nine matchups. Washington comes in having scored the fewest points in the NFL, but recorded more than 20 percent of their total regular season points in those two meetings. The injury-plagued Eagles won their final four games last season to finish 9-7 before falling to the Seattle Seahawks in the postseason. Quarterback Carson Wentz suffered a concussion in that game, but is ready to go for 2020. However, the Eagles will enter this opener not 100% healthy with left tackle Andre Dillard and right guard Brandon Brooks both being lost for the season. Pro Bowl right tackle Lane Johnson (ankle), running back Miles Sanders (hamstring), and wide receiver Alshon Jeffery (foot) are also day-to-day. Philly head coach Doug Pederson is 4-0 in openers, including last season, when the Eagles rallied to beat Washington after falling behind 17-0.

The Washington Football Team completed last season with only three victories. Head coach Jay Gruden was fired after five games and owner Daniel Snyder hired former Carolina Panthers head coach Ron Rivera. He’s the eighth head coach under Snyder’s tenure for a franchise which hasn’t reached the playoffs since 2015 nor won a playoff game since ‘05. Rivera has undergone a round of chemotherapy to treat squamous cell carcinoma but is fully expecting to be with the team on Sunday. Washington will turn to second-year quarterback Dwayne Haskins with Kyle Allen serving as the likely backup. Linebacker Thomas Davis and cornerback Kendall Fuller (knee) are both listed as questionable for Sunday.

Wentz has thrown the 10th-most TD passes since entering the league in 2016 despite missing eight games over that span. The key will be the banged-up offensive line. Wentz was sacked a career-high 37 times in 2019, and his ability to play a full season for the second straight year depends on the team’s ability to overcome O-line injuries. Wentz was still able to lead the Eagles to a division title despite not having many great weapons to throw to. His top targets near the end of the season were Boston Scott and Greg Ward. Speedy playmaker DeSean Jackson, who played in just three games last season after undergoing muscle surgery, is ready to contribute. However, the Eagles will not have the services of rookie wide receiver Jalen Reagor, who’s expected to miss multiple weeks due to a shoulder injury. Wentz passed for 266 yards and three touchdowns with no picks while running back Miles Sanders had 122 rushing yards and a TD on 19 carries in the 37-27 win at Washington last season.

Not much is expected out of the Washington offense this season and it all depends on the development of second-year starter Dwayne Haskins. He threw for 1,365 yards while completing just 58.6 percent of his passes with seven TDs and seven Interceptions as a rookie. Terry McLaurin is the team’s only established receiving threat to start the year and caught 58 passes for 919 yards and seven scores last year. Gone are Derrius Guice and Adrian Peterson, as both were released in the offseason. The majority of the rushing duties will fall to Antonio Gibson. Also helping him on the ground are JD McKissic, Peyton Barber, and Bryce Love. Despite a rough season, Haskins did have success versus the Eagles, passing for 261 yards and two touchdowns with no interceptions. Washington will be able to feature right away their prized top rookie in Chase Young, who will anchor an already solid defensive line. Last year, the Redskins were seventh in the NFL with 46 sacks and were led by Ryan Kerrigan and Montesz Sweat.

The offensive line is a concern for Philadelphia, but they have owned the Washington Football Team in recent years and I say that continues in Week 1. The Eagles are 6-0 against Washington including 5-1 ATS in the past three seasons. Philly is also 6-1 ATS as an away division favorite in the past seven chances. Lay the points.