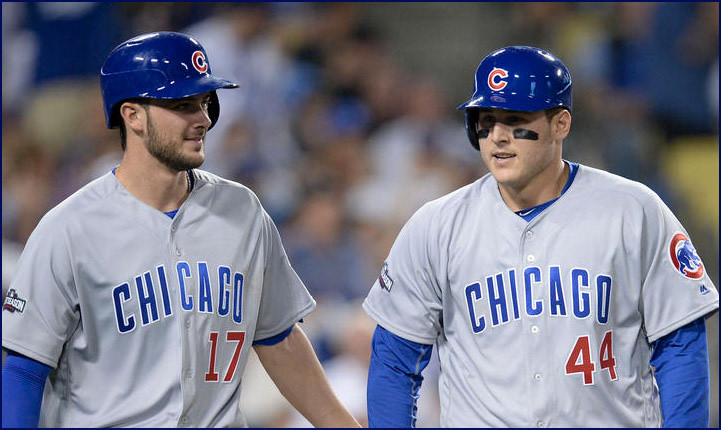 The Arizona Diamondbacks and Chicago Cubs will begin a three-game series on Tuesday night in what could be a preview of a potential National League playoff series come October. The Cubs rejuvenated starting rotation has catapulted them to the top of the NL Central standings – 2.5 games clear of the fading Milwaukee Brewers, while the D’Backs own the top Wild Card slot. Chicago is 13-3 since the All-Star Break and the rotation has posted a 2.34 ERA and 11 quality starts during that stretch. Club ace Jon Lester hopes to continue that trend when he shoots for his fourth straight quality start opposite Arizona’s Patrick Corbin. Both teams made some moves ahead of Monday’s non-waiver trade deadline, with each adding bullpen help and veteran bench players. The Cubs picked up left-hander Justin Wilson and catcher Alex Avila from Detroit, while the Diamondbacks acquired Adam Rosales from Oakland to add depth to an injury-plagued infield. They also re-acquired right-hander David Hernandez from the Los Angeles Angels to bolster the pen. Arizona will be short another infielder on Tuesday as SS Ketel Marte was placed on the bereavement list Monday after his mother was killed in a car crash. Arizona OF J.D. Martinez, who came over from Detroit on July 18th, has hit safely in his last seven games against the Cubs and has five home runs as a member of the D’Backs.

Corbin will make his team-leading 22nd start and is on pace for a career-high strike out total. He has 112 K’s in 119.2 innings, but has allowed 145 hits and 18 home runs. Corbin has won his last two starts and allowed two or fewer runs in his last four. He issued a season-high four walks and scattered seven hits Wednesday against Atlanta, but allowed just two runs over six innings. Corbin is 3-0 with a 3.15 ERA in four games (three starts) against the Cubs.

Lester has won all three of his starts since the All-Star Break while posting a 2.05 ERA. He held the crosstown-rival Chicago White Sox to two runs and four hits over seven innings Thursday, allowing both runs on solo homers for the second straight game. Lester is on pace to surpass his home run allowed total of 25 he set in 2012 with Boston. He is 2-0 with a 4.63 ERA in four starts against the Diamondbacks.

One trend that sticks out to me is the fact that Arizona has lost seven straight games against teams with a winning record when Corbin starts. The D’Backs also struggle on the road and they’re going up against a Cubs team that appears to be back in World Series form.