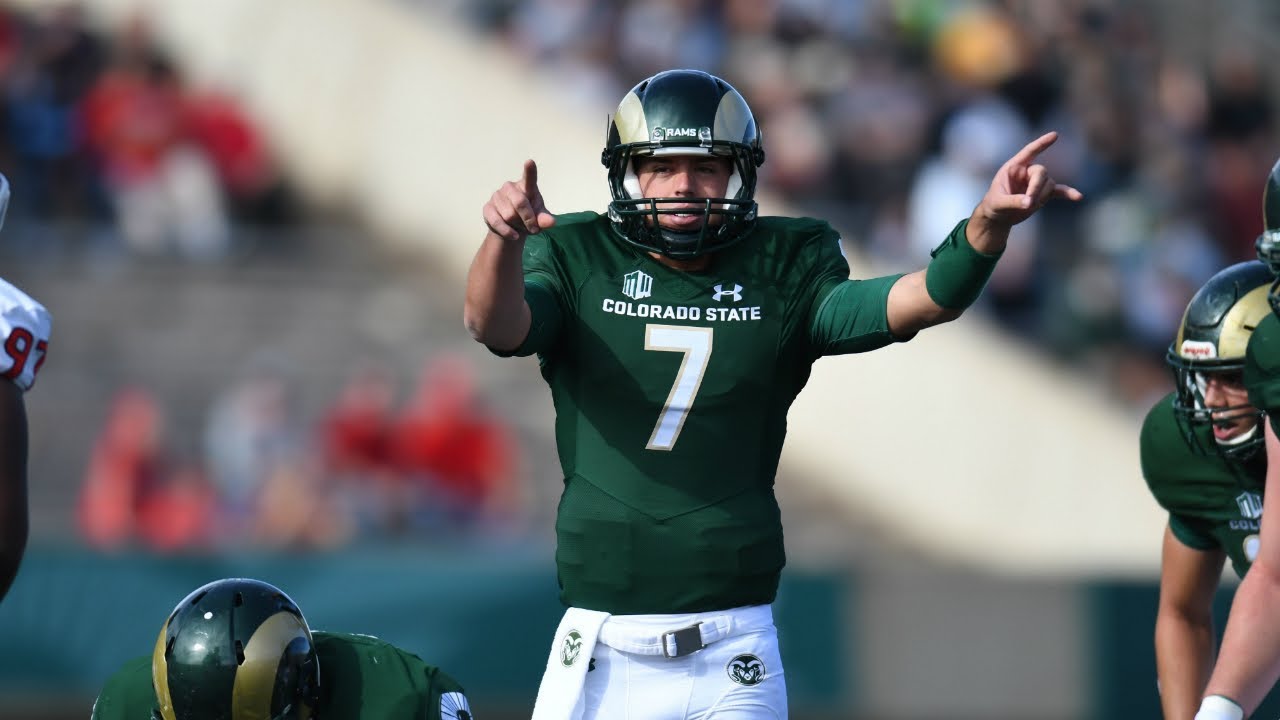 The Colorado State Rams and Colorado Buffaloes will once again square-off in their annual Rocky Mountain Showdown this Friday night in Denver, Colorado, but this won’t be the season opener for the Rams. Losing last year’s contest 44-7, the Rams come into this one fresh off a 58-27 thumping of Oregon State out of the Pac-12 last week. The Buffaloes come into this one with no momentum after a brilliant season a year ago that turned ugly in the end. Colorado jumped from 4-9 in 2015 to 10-4 a season ago, going 8-1 in conference play en route to the Pac-12 South Division title. They were then crushed by Washington 41-10 in the conference championship game and routed by Oklahoma State 38-8 in the Alamo Bowl. Entering 2017, the Buffaloes are predicted to finish fourth in South by conference media members. Colorado leads the series 64-22-2 and has won two straight meetings and seven of the last 10.

Sophomore quarterback Steven Montez has the burden of replacing the school’s all-time passing yards leader, Sefo Liufau, after throwing for 1,017 yards, nine touchdowns and four interceptions in 10 games (three starts) last season. He’ll have plenty of weapons to throw to as the Buffaloes return their top four wide receivers in seniors Shay Fields, Bryce Bobo and Devin Ross and junior Jay MacIntyre, who combined for 189 receptions, 2,523 yards and 17 TDs a year ago. Colorado also brings back four starting offensive linemen and second-team All-Pac 12 tailback Phillip Lindsay, who recorded 1,283 rushing yards and 16 touchdowns. The defense was the best in the conference last year, allowing just 18.4 points a game, but they must replace eight starters, including a trio of NFL draft picks in the secondary.

The Rams opened their season last week in front of a sold-out new stadium and didn’t disappoint the fans. After a sluggish start to the afternoon, the Rams’ offense picked-up where they left off last season and outscored the visiting Beavers 34-7 in the second half. Quarterback Nick Stevens threw for 334 yards and three touchdowns, the ground game produced 191 yards and three TDs and the defense forced five turnovers, which directly led to 27 of the Rams’ 57 points. Wide receiver Michael Gallup is off to a flying start, catching 11 passes for 134 yards for his sixth straight 100-yard receiving performance dating to last season. Colorado State has topped 500 total yards and 40 points in each of its last five games dating to last season including 50 points in their Bowl loss to Idaho. The Rams will host Abilene Christian next week before going to Tuscaloosa to face the top-ranked Alabama Crimson Tide.

There are some terrific games this weekend involving Top 25 teams, but this contest could be the most entertaining. Colorado opened as an 8-point favorite over the summer, but after seeing the Rams dominant a Pac-12 opponent last week, the public has moved the line down to 3.5. I like Colorado State in this one because they come in with momentum and the Buffaloes defense has completely flipped-over. It may take them some time to get going, especially in the secondary.