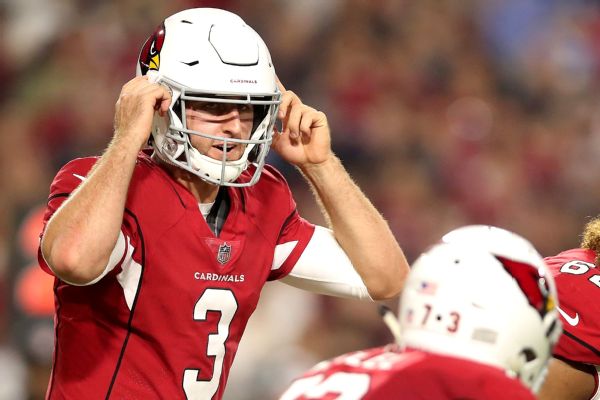 The Dallas Cowboys have already been hit by the injury bug this preseason, and don’t want to take anymore chances before Week 1 of the regular season in two weeks. Dallas will host the 2-0 Arizona Cardinals on NBC’s Sunday Night Football Game without its two biggest weapons – Quarterback Dak Prescott and running back Ezekiel Elliott. The Cowboys have struggled to an 0-2 preseason with losses to San Francisco and Cincinnati, while the Cardinals are perfect after two weeks – straight-up and ATS. These teams met last season with the Cowboys coming away with a 28-17 win, breaking a four-game winning streak for the Cardinals against Dallas. Arizona opened as 3-point underdogs, but the line has moved all the way to Dallas +2.5.

The Cardinals will enter this game as a dress-rehearsal for the regular season, with lots of veterans getting playing time. On offense, QB Sam Bradford, WR Larry Fitzgerald, and RB David Johnson will all start and will likely play at least a quarter of this game. After that, rookie Josh Rosen to get another look under center and hopes to continue his solid preseason. He is a combined 16-of-29 for 148 yards and a touchdown. The team will also use rookie receiver Christian Kirk and second year receiver Chad Williams for a good portion of the game. The Cardinals defense is ranked seventh in points allowed (16.0) this preseason and have forced four fumbles in both exhibition games.

Cowboys Owner/General Manager Jerry Jones let the world know last week that he’s not taking a risk with his star players, as both Prescott and Elliott will not dress in the final two preseason games. Both are key factors in the Cowboys’ offense, and if either player goes down with an injury, Dallas is in trouble. Jones also mentioned that two offensive linemen – center Travis Frederick (neck) and guard Zack Martin (knee) – will miss this game, but hope to be ready for Week 1 of the regular season at Carolina against the Panthers.

It looks like Dallas doesn’t care about winning this game, or any preseason game for that matter, and it makes sense. It looks like we’ll see the Cardinals’ regulars for a quarter or two, so I’m willing to lay the points on the road here.