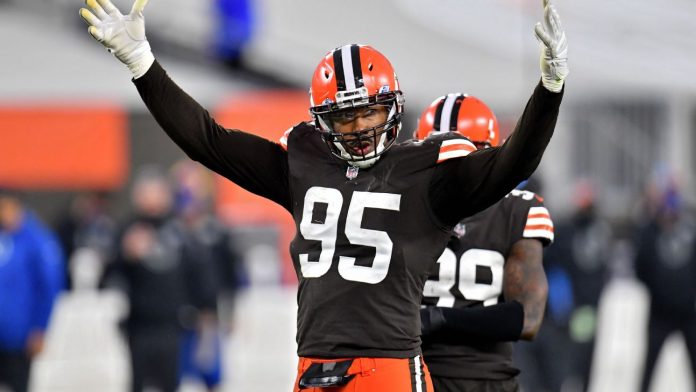 A pair of struggling 3-3 teams meet on Thursday night to kick off Week 7 of the NFL season as the Denver Broncos visit the Cleveland Browns. After dominating the Jets, Giants and Jaguars to start the season, Denver has lost three straight to much more superior opponents than they saw to open the season. The Broncos allowed just 16 total points in their three wins, but have allowed at least 23 points in each of their last three contests. Denver is coming off a 34-24 home loss to the Las Vegas Raiders to put them in a tie with the Kansas City Chiefs at the bottom of the AFC West.

Cleveland’s defense, which is supposed to be one of the best in the league led by Myles Garrett, has been worse than Denver’s recently. The Browns allowed the L.A. Chargers to rack-up 47 points two weeks ago and then Kyler Murray and the Arizona Cardinals went into Cleveland and came out with a 37-14 route. The big question coming into this week is the status of Baker Mayfield’s left shoulder. As I’m writing this, word came down that Mayfield will not play on Thursday and instead, Cleveland will go with backup Case Keenum. Mayfield aggravated the labrum injury in his non-throwing shoulder Sunday during the Browns’ loss to the Cardinals.

Cleveland will also be without their two-headed running back duo of Nick Chubb (523 rushing yards) and Kareem Hunt (361) on Thursday. Chubb will miss his second straight game due to a calf injury, while Hunt was placed on injured reserve with his own calf injury sustained last week.

Denver is 24-6 all-time vs. Cleveland including 12 of the last 13. Cleveland is a 3-point favorite to win on the NFL odds board, with a total of 42.5. The Broncos pulled out a 24-19 home win over Cleveland back in 2019 with Brandon Allen outdueling Mayfield. The home team is 4-1 against the spread in the past five meetings.

The Broncos also have their own banged-up quarterback in Teddy Bridgewater, who is dealing with a foot injury after it was stepped on during last Sunday’s loss. Bridgewater was limited in practice on Tuesday and is hopeful of playing. Head coach Vic Fangio has not indicated if it will be Bridgewater that starts on Thursday or Drew Lock. Bridgewater threw for 334 yards and three scores last week but was picked off three times and lost a fumble. He has been better in three road games this season with six touchdown passes against only one interception. Noah Fant, Courtland Sutton, and Tim Patrick each had a touchdown catch last week against the Raiders. The Denver defense, led by Von Miller (4.5 sacks), took a hit on Sunday when linebacker Alexander Johnson (32 tackles) sustained a season-ending pectoral injury. The Broncos were already without two linebackers, Josey Jewell (season-ending pectoral) and Bradley Chubb (ankle surgery).

Cleveland not only will be without Mayfield, Chubb and Hunt, but possibly their top wideout. Odell Beckham injured his shoulder last week against Las Vegas and is questionable for Thursday’s contest. D’Ernest Johnson will be Cleveland’s starting running back this week. The third-year pro has carried three times for 11 yards this season and 40 times for 198 yards in his career. On defense, Garrett leads the NFL with eight sacks and is a Defensive Player of the Year favorite. Cleveland allowed a total of 84 points in the last two games and will need their best effort on Thursday. Despite getting crushed the last two weeks, the defensive unit still ranks second in total yards allowed (307.7), ninth against the pass (220.7) and sixth versus the run (87.0).

Having Keenum playing for Mayfield is really not that much of a difference right now, but playing against a decent defense like Denver’s without Chubb and Hunt is another. I don’t expect much scoring in this one, so I’ll take the points with the Broncos.