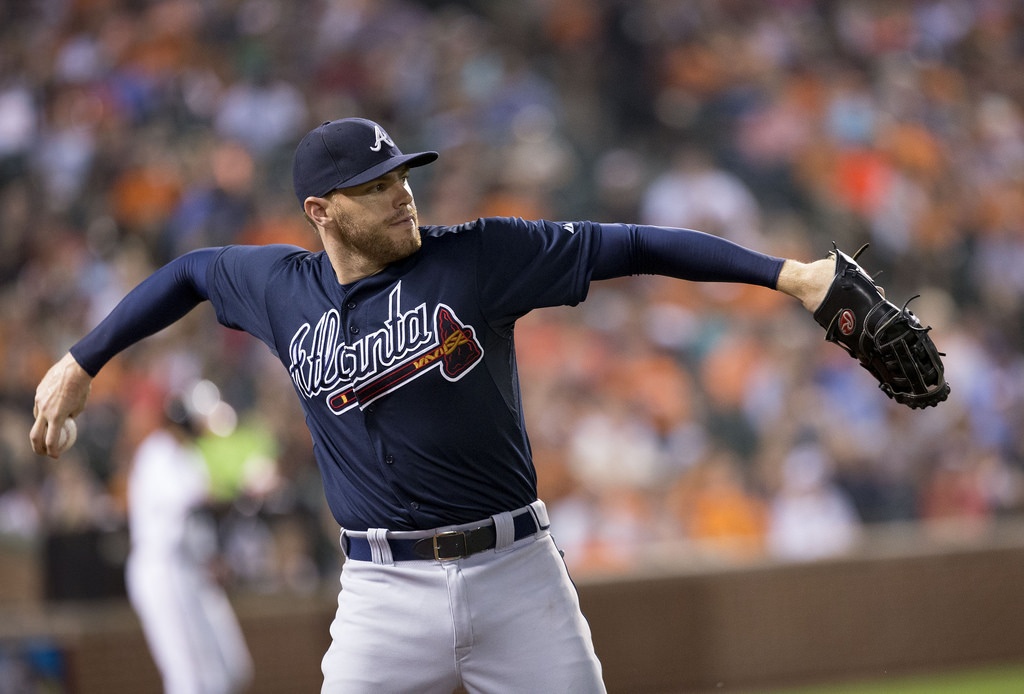 Two first place teams will battle all weekend long as the Atlanta Braves visit the Milwaukee Brewers for the first of four on Thursday night at Miller Park. Atlanta and Milwaukee lead the NL East and Central respectively over teams that were expected to take on division titles, and both should be regarded as National League pennant threats come October. The Brewers are coming off a three-game sweep of Minnesota on Wednesday and have won five of their past seven, while the Braves dropped their last two in the Bronx to the Yankees after winning the first four games of their 10-game road trip. Milwaukee is starting to hit the ball out of the park and usually win games when doing so. The Brewers are 44-14 when hitting at least one homer this season and just 7-21 when they don’t. First baseman Jesus Aguilar, who is hitting .356 with eight homers and 18 RBIs in his past 17 games, is a big reason why. The Brewers hit three out of the park in Wednesday’s 3-2 victory, the 10th consecutive game a Milwaukee hitter has hit a homer. They are second in the National League to the Dodgers with 111 dingers. The Braves enter this series with a concern about their All-Star first baseman Freddie Freeman, who left Wednesday’s game with a right triceps contusion after being hit with a pitch and is considered day-to-day. Second baseman Ozzie Albies continues to shine, collecting three hits in Wednesday’s 6-2 loss at New York, and has eight multi-hit performance in his last 11 games giving him 102 hits on the season. The difference in this series could come down late in games with the bullpen. Milwaukee’s pen has posted a 3.03 ERA, while Atlanta relievers have a 4.21 ERA.

Max Fried will get another start for Atlanta and has made the most of his first two thus far. He held the Cardinals to four hits across 6.2 scoreless innings with a career-high 11 strikeouts on Sunday. Fried is 1-0 with a 0.77 ERA in his two starts for the Braves in 2018 and in six career starts in the majors has posted a 2.40 ERA with 33 strikeouts in 30 innings. He made four relief appearances earlier this season, giving up four runs on five hits in six innings.

Jhoulys Chacin has had a nice first season with Milwaukee after coming over from San Diego in the offseason. He’s allowed three earned runs or fewer in 13 of his 18 starts, including three of his last four, and is coming off a one-run, four-hit outing Saturday against Cincinnati covering five frames. Chacin, who went 1-2 with a 5.40 ERA in five starts with the Braves in 2016, is holding right-handed batters to a .211 average and has allowed only seven homers in 97 innings.

This should be a terrific four-game series and a potential playoff preview. The Brewers have been rolling lately and the uncertainty of Freeman’s availability leaves the Braves lineup a little thin. I’ll give the edge in this first game to Milwaukee in a close one.