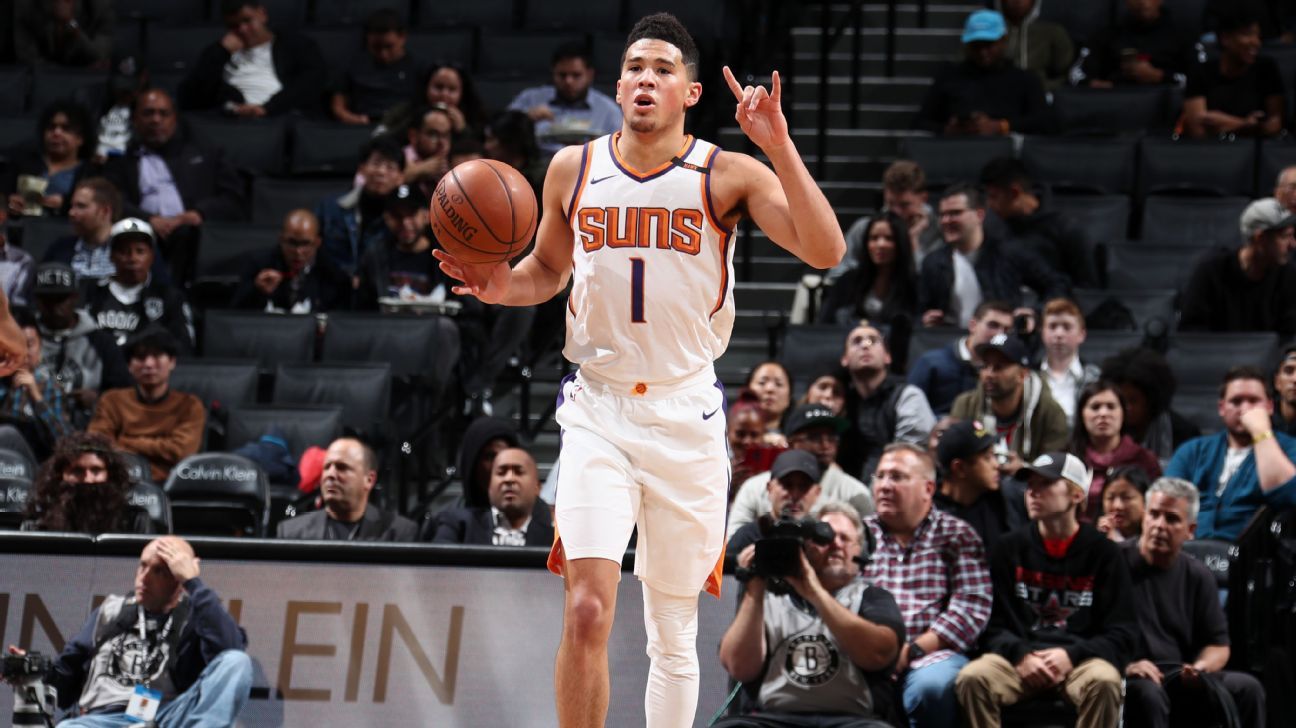 Two hot NBA teams will battle on Monday night, as the Portland Trail Blazers visit the Phoenix Suns with both battling for a top four spot in the standings. The Suns enter play one game ahead of the Blazers for the No. 4 spot in the Western Conference and have been playing some terrific basketball. Phoenix recently went 6-1 SU and ATS on a homestand, then went out and dominated in two road wins at New Orleans and Memphis. The Suns have captured 11 of its past 13 games and beat the Pelicans and Grizzlies by an average of 24.5 points on back-to-back nights. Phoenix also made team history in the win over Memphis by knocking down a franchise-record 24 three-pointers. The Trail Blazers are coming off a 118-111 home loss to the Washington Wizards on Saturday, snapping a season-long six-game winning streak. Portland covered the spread in each of those six wins, but were ineffective in their shooting against Washington. The Blazers were just 19-of-55 from 3-point land and were limited to just 12 points on 4-of-25 shooting in the second quarter. They also went 6-of-26 in the final quarter. Portland has won 12 of the last 14 meetings, but the Suns have captured two of the last three. The over is 4-2 in the last six encounters.

Star guard Damian Lillard had an off night shooting despite collecting 35 points and 12 assists, as he was just 10-of-30 from the floor and 2-of-13 in the first half. Enes Kanter recorded his 15th double-double of the season with 19 points and 13 rebounds. All five starters scored in double-figures including 16 from Gary Trent, Jr. and 11 apiece from Derrick Jones, Jr. and Robert Covington. The Blazers rank third in the league in points per game (115.7), but 27th in shooting percentage (44.3). Because of their up-tempo style, the defense allows 115.2 points per contest and the opposition shoots almost 48 percent from the floor. This is the first of a three-game road trip for Portland, who will play at Denver tomorrow night before a date with the Los Angeles Lakers on Friday night.

Devin Booker and Cameron Payne made 5-of-7 attempts from 3-point range in the win over Memphis, while Chris Paul and Mikal Bridges each were 4-of-5. Booker scored a team-high 23 points and has topped 20 in seven consecutive games while averaging 28.1 during the stretch. Paul passed Oscar Robertson to move into sixth place on the all-time assists list with 9,891. Dario Saric and Payne each scored 19 points off the bench on a combined 14-of-19 shooting from the field. The Suns rank fourth in the NBA in points allowed per game (107.8) and third at defending the perimeter (34.7 percent). Phoenix will host Charlotte on Wednesday before hitting the road for three straight.