Golf The Main Contenders for the 150th Open Championship 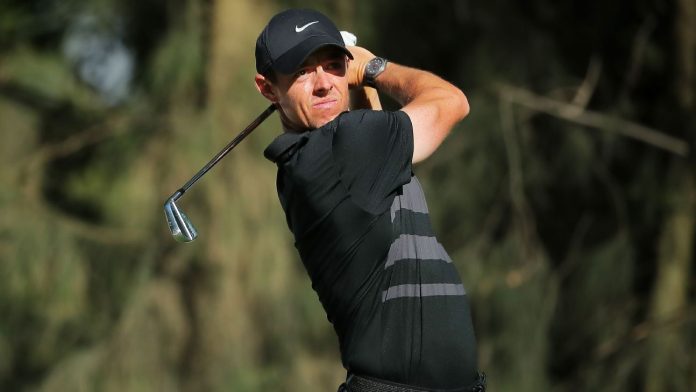 The third Major tournament of the golfing season is complete after Matt Fitzpatrick’s stunning win at the US Open. Attention now switches to the Open Championship in the UK with the world’s best players set to descend on the Home of Golf.

The Old Course at St Andrews is the fitting location for the 150th edition of the tournament and it’s tough to predict a winner. US Masters Champion Scottie Scheffler is among the favorites, but can the current world number one justify the sportsbooks’ faith?

The Men to Beat

Scottie Scheffler and Jon Rahm are quoted as joint second favorites in places while the man leading the way is Rory McIlroy. A former winner of this event back in 2014, Rory is something of a ‘home golfer’ and may have better knowledge of the conditions at St Andrews.

Like a number of players, McIlroy and Scheffler will be aiming to double up at the Scottish Open which begins on July 7th, a week before the Open Championship itself. Is it worth considering a Parlay bet on either of those two men?

It’s rare for a player to win both tournaments and a parlay is one of those betting strategies that increases exposure. However, with Scheffler having won six tournaments this season and McIlroy approaching his best form, these two offer a strong option for multiple bets.

Jon Rahm is also worth watching in this respect. The former World Number one claimed his first Major title at the US Open in 2021 and he is aiming to add to his tally.

Betting odds are available via sources linked to Sbo.net and they put Rahm, McIlroy and Scheffler at the top. In the weeks leading up to the start of the Open Championship, the prices are subject to change and readers will be able to access any updates.

Reviews of all the leading sportsbooks will be online and it’s also possible to get involved with those golfing markets. If an operator is mentioned on those pages, they will be willing to accept new customers.

In return for completing a fast and secure sign up form, it’s likely that there will be a welcome promotion to make use of. A range of deposit and withdrawal options are in place along with friendly and efficient customer service facilities.

After those initial stages, customers can look forward to further benefits. These might typically include in-play markets, betting via a mobile app and a host of other sports to bet on.

It’s the site to follow golf from a betting perspective but are the three favorites the players to watch in 2023?

Behind the market leaders, Justin Thomas slots in as the fourth favorite. He is followed by the defending Open Champion Collin Morikawa while the new US Open Champion Matt Fitzpatrick is next.

Other noteworthy players within the chasing pack include Cameron Smith, Dustin Johnson, Jordan Spieth, Will Zalatoris, Xander Schauffele and Shane Lowry. Remember that anyone playing on the LIV Tour is eligible to play in the Open Championship.

That’s a quality set of chasers and all of those golfers will be confident of making a challenge at St Andrews. With the exceptions of Smith and Zalatoris, each of those players has won a Major and it will be no surprise if any of those names is on the Claret Jug in 2022.

Golf can be one of the most difficult sports to predict from a betting point of view. The fields stretch to numbers in excess of 150 and we often see outsiders coming through. Back in 2011, Darren Clarke caused a huge shock in the leaderboards, coming through to take the trophy as a 100/1 pick.

So, who are the men to watch from the outside bunch in 2022? Sam Burns has enjoyed a breakthrough season and many feel that he will win a Major tournament before too long. Viktor Hovland started the new campaign in sparkling form but has lost his touch of late.

Elsewhere, Seamus Power, Justin Rose, Tony Finau and Daniel Berger are among those who have shown flashes of their best form. It’s a tough call but the favorites are at the top of the market for a reason.