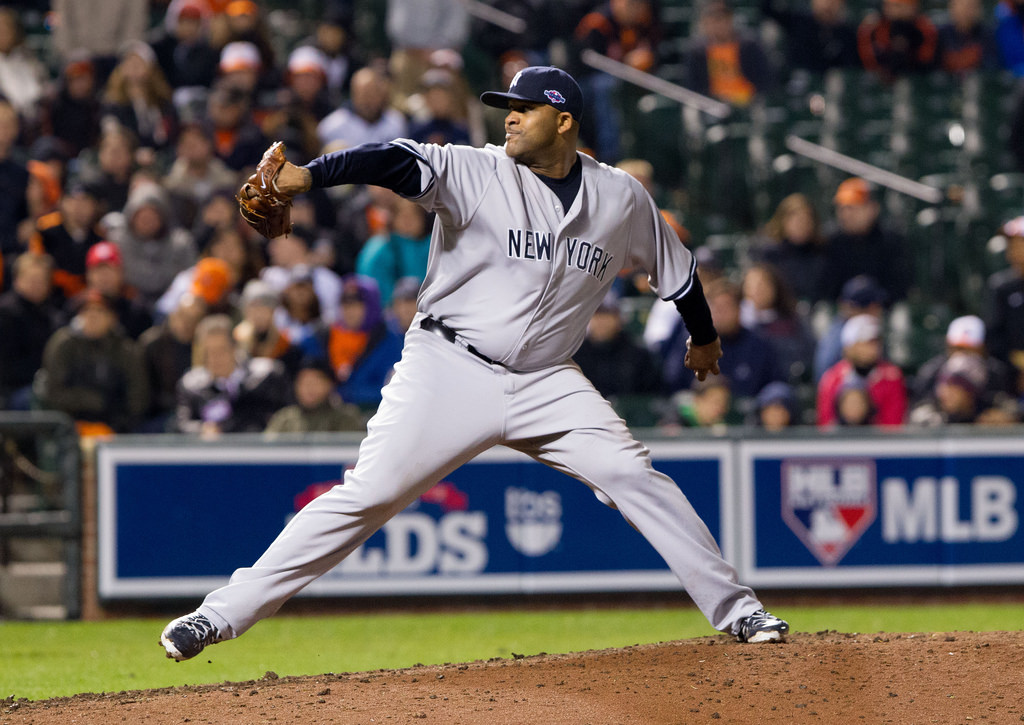 If the Toronto Blue Jays want to get back into the playoff race, the next three days are the perfect opportunity to do so. The Blue Jays, who are 5.5 games behind the Kansas City Royals for the second AL Wild Card spot, will host the New York Yankees – the top WC team – in the opener of a three-game series on Tuesday night. It might not sound bad that the Jays are 5.5 back, but they have six teams in front of them and Kansas City. Toronto blew a chance at a winning road trip on Sunday when they allowed the Houston Astros to score four runs in the bottom of the ninth for a 7-6 win over the cellar-dwelling Blue Jays. Jose Bautista blasted a two-run homer on Sunday, but is batting a dreadful .149 with 13 strikeouts in his career versus Tuesday starter CC Sabathia. The Yankees managed to split a four-game road series against the Cleveland Indians over the weekend despite scoring only five runs in the first three contests. They broke-out on Sunday with eight including a three-run homer from slugger Aaron Judge, who’s still trying to regain his first half All-Star form. Judge is hitting .182 with 35 strikeouts since July 14th. He blasted a 456-foot homer against Tuesday starter J.A. Happ in their last meeting on July 4th, but the veteran lefty settled down after that and pitched Toronto to a 4-1 victory. New York outfielder Brett Gardner, who has hit safely in 17 of his last 18 games, is batting .300 with three homers versus the Blue Jays this season.

Sabathia leads the staff with nine wins, but has fallen off the pace in his last two starts, allowing four runs in each including three homers. He struggled in his last meeting with Toronto, allowing four runs in just 2.2 innings to take the loss on July 4th against Happ. Kendrys Morales (.348) and Justin Smoak (.304) have fared well in 23 career at-bats each versus Sabathia, who is 1-1 over three starts versus the Blue Jays this season despite yielding 11 runs on 15 hits in 13 innings.

WIN A RINGSIDE SEAT TO MAYWEATHER VS MCGREGOR

Happ followed his victory over the Yankees on July 4th by going 0-3 in four starts before a win on Wednesday against the Chicago White Sox. Happ allowed one run on six hits and struck out a season-high 10 in seven innings of a 5-1 victory. He has recorded seven quality starts in his last 10 outings, but only has a 4-4 mark to show for it.

I’m going to stick with Sabathia one more time. He’s been New York’s most consistent pitcher this season despite a couple of rough outings lately. Look for Judge to get back on track against the lefty Happ and for the Yankees to edge one out here.