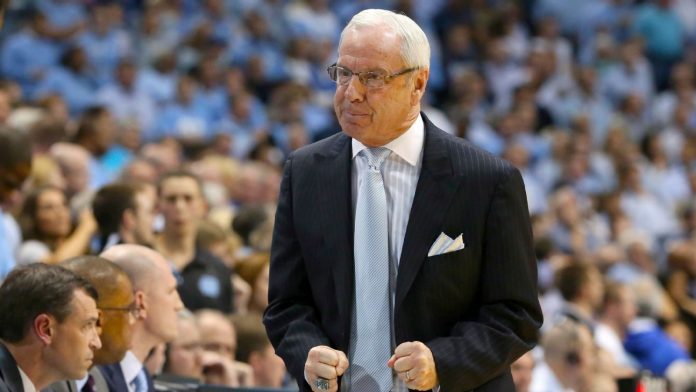 Two programs that are used to going deep into the NCAA Tournament will face each other in a first round game Friday night from West Lafayette, Indiana. The Wisconsin Badgers and North Carolina Tar Heels will play in the South Region 8-9 game with a date against Baylor or Hartford in the second round – most likely Baylor. The teams ended the regular season on opposite ends with the Badgers losing four of their final five games, while the Tar Heels won three of four. North Carolina’s only loss in that span was a 69-66 setback to tournament No. 4 seed Florida State in the Atlantic Coast Conference tournament semifinal round. The Tar Heels were 3-point dogs in that contest and are 6-2-1 ATS in their last nine games dating back to Feb. 17. The Badgers only win since Feb. 21 was a one-point victory over lowly Penn State in the Big Ten Tournament last week. The other four losses came against teams in the Big Dance including Iowa twice. The Badgers’ spread record in the last nine games is the exact opposite of North Carolina’s – 2-6-1. This will be the third meeting in the NCAA Tournament since 2005 when North Carolina won an Elite Eight game, while Wisconsin prevailed in a 2015 Sweet 16 matchup. The Tar Heels opened as 2-point favorites against Wisconsin and has since moved to -1.5 as of Thursday night. Wisconsin is 7-1-2 against the spread as an underdog in its last 10 Tournament games.

If you go back even further in the schedule, the Badgers have won just four times in the last 12 games, but the Big Ten is the best conference in the nation. Wisconsin allows just 64 points a game – 35th in the country – and have just two players who score in double-figures. D’Mitrik Trice leads the team with 13.7 points and four assists per game, while Micah Potter chips in 12.8 points and 5.9 rebounds per contest. Wisconsin is 326th in the nation in adjusted tempo, with only 64.9 possessions per 40 minutes. The under is 6-4 in Wisconsin’s last 10 games, but the over is 4-1 in the last five.

The Tar Heels are young and inexperienced and probably punched their ticket with a solid finish to the season under head coach Roy Williams. North Carolina played at the 45th fastest pace in the country, so expect them to quicken the pace. They’ll have a size advantage with four players at 6-foot-9 or taller, including Armando Bacot who leads the team in scoring (11.7) and rebounds (7.6) per game. The issue with this team is that they don’t shoot very well – 44.1 percent from the floor and 31.7 from beyond the arc. If it comes down to free-throws, the Tar Heels rank 291st in the nation at just 66.8 percent. North Carolina has six players who average more than eight points per game, topped by Bacot. Next is guard Caleb Love at 10.5, but he’s scored in double-figures in five of the last six games.

Wisconsin has the experience and have been battle-tested more than North Carolina. I still have to side with the Tar Heels in this one because of Roy Williams at coach. He is a perfect 29-0 in the first round dating back to his days at Kansas. North Carolina is young, but Williams has them believing right now.